Game of Thrones wins AFI awards and makes onto Best of the Decade lists | Watchers on the Wall | A Game of Thrones Community for Breaking News, Casting, and Commentary 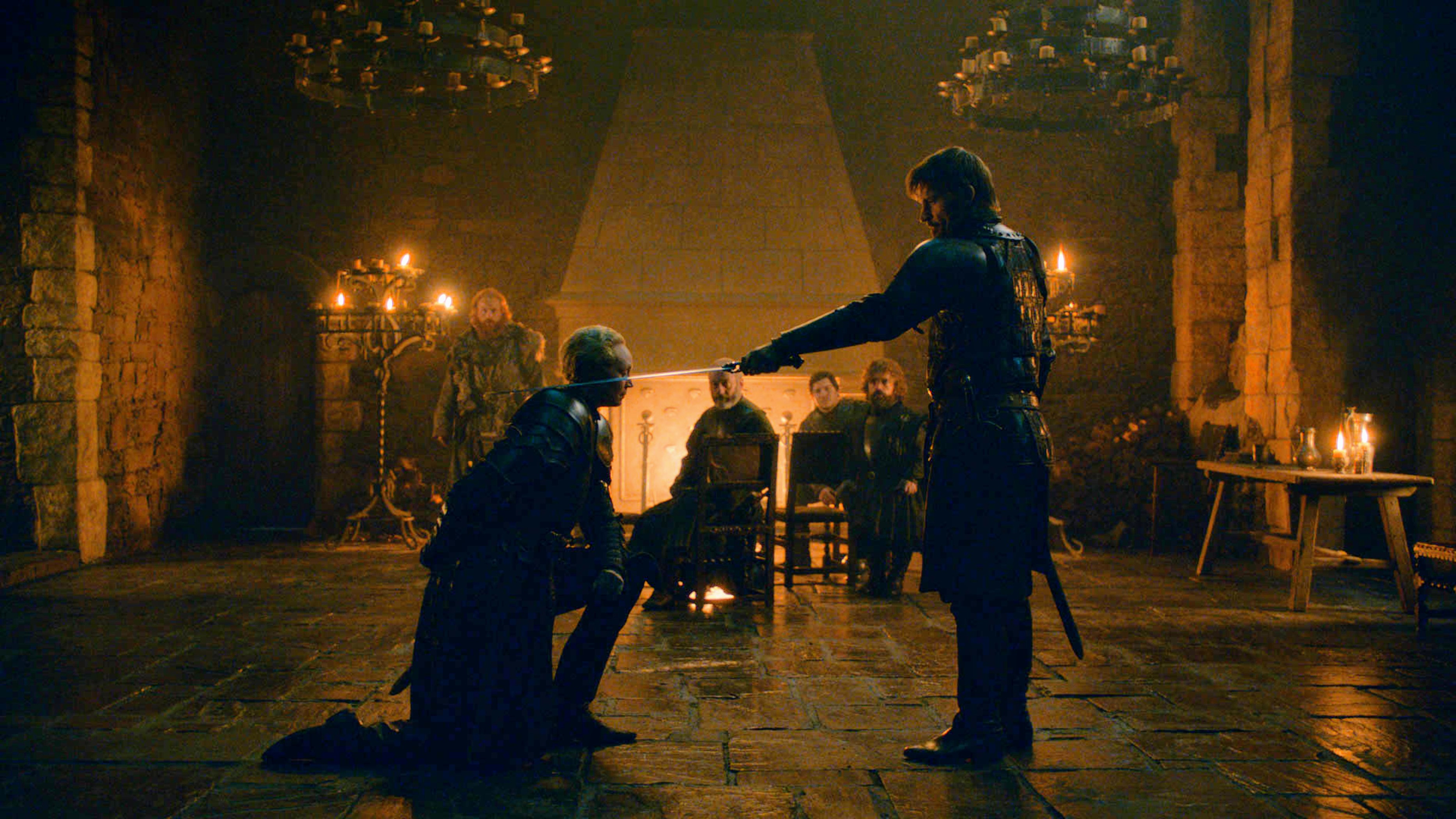 The end of the year and thus, the decade is fast approaching and the “Best of” lists are pouring in, many of them celebrating Game of Thrones for being the television game changer it is. Game of Thrones was also honored at the American Film Institute (AFI)’s 2019 Awards!

Game of Thrones was named one of the 10 most “culturally and artistically significant” television programs at the AFI 2019 Awards.

Uproxx included it on its list (with no numerical ranking) of Best Shows of the Decade, in which Jason Tabrys says that, despite its controversial ending, the show remained a standout for “the creative mixology that turned an unfinished set of fantasy novels into a cultural juggernaut.”

Mashable placed it at #11 in their 15 Best TV Shows of the 2010s along with a truly beautiful summation of how Game of Thrones created a community, as “it gripped viewers in a way that nothing had in years, crossing bridges of culture, age, and other seemingly arbitrary distinctions between people that cease to exist when we’re bonding over television we love.”

Esquire placed Game of Thrones at #10 on its top … uh, 10 list, though with some kind words: “This was a television event the likes of which we’d never seen and will likely never see again.”

PasteMagazine.com put it at #16 on its 100 Best TV Shows of the 2010s, where Josh Jackson highlighted the complex humanity of the story as what “made this show an epic cultural juggernaut,” even past had he considers its prime.

TVGuide.com placed it at #10 on its 25 Best Shows the Decade, with Amanda Bell emphasizing the first few seasons; “when co-creators David Benioff and D.B. Weiss had the strength of George R.R. Martin’s books to guide their scripts, their adaptation was superb.” Despite any issues, it “absolutely defined the decade.”

AV Club put Game of Thrones at #30 on its list of the 100 Best TV Shows of the 2010s, with Myles McNutt pointing out how “at its fiery peaks, few shows in the decade burned brighter, but the icy reception to its finale reflects its struggles to measure up in a decade with so many of TV history’s finest endings.”

Film School Rejects ranked it #4 on its 50 Best TV Shows of the Decade list. According to Farah Chedad, “at its best (its mid-point), Thrones was peerless TV, raising the bar for the medium by delivering moral complexity and dramatic curve-balls with great finesse.”

Finally, The Independent and Buzzfeed really showed Game of Thrones some love:

The Independent ranked it at #1 on its list of 30 Best TV Shows of the Decade: “At a time when viewing tastes were meant to be becoming more atomised, Game of Thrones was global event TV, which made household names of the Starks, Lannisters and Greyjoys and provided a whole generation of English character actors with a regular income.”

Buzzfeed ranked it as the #1 best (and “arguably the biggest”) show in its list of the 55 Best TV Shows of the Decade, claiming it “will endure long after the 2010s,” and highlighting Season 6 as its peak. 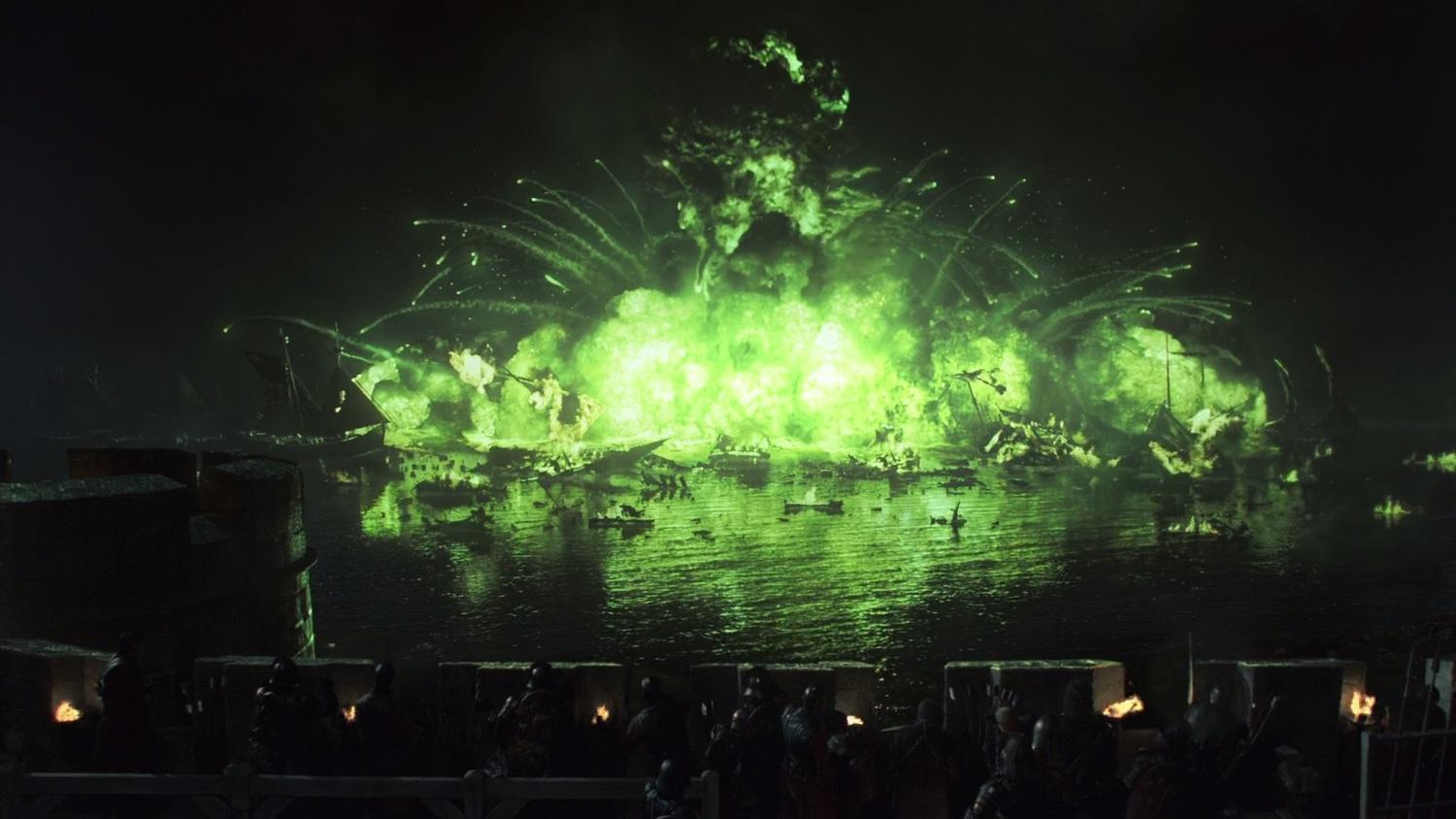 Moving on from the show overall, there were many lists of best episodes of any TV show released this year or decade, and understandably Thrones made it into a few of them:

TV Guide ranked “A Knight if the Seven Kingdoms”, the quietest yet perhaps most lauded episode of season eight, #5 in its list of the 15 Best Episodes of 2019. Lindsay MacDonald commends it for “taking a break to settle down and do some real character work” in an otherwise breakneck season.

Even more ambitious, in a list of the 50 Best TV Episodes of the Decade, Film School Rejects ranked “Blackwater” at #6, pinpointing it as “the moment Game of Thrones went from a great show to something truly special.”

Finally, Buzzfeed News listed “Baelor”, the episode that first defined the show for much of the audience, as one of the 25 Best Episodes of TV of the Decade, precisely because “no episode of Game of Thrones had a larger impact, on the show, and on television itself.” 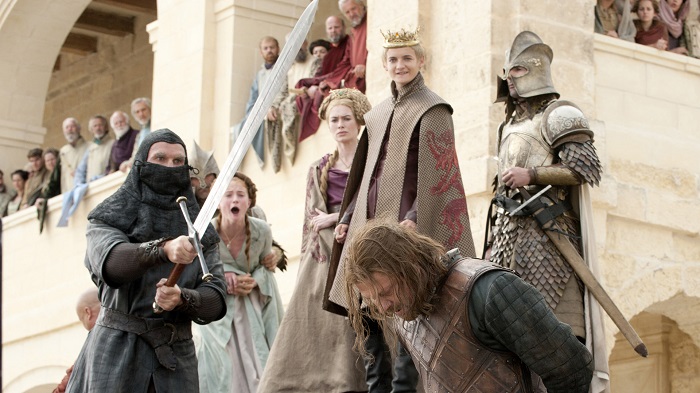 These lists are pretty much designed for creating conversation… or conflict (clicks, at any rate), so I imagine there will be many people disagreeing in the comments section below. Let’s just remember it’s all opinions, and that the most productive thing you can do is offer you own instead! Let’s not get angry and celebrate the show that defined the decade for many of us, in more ways than one. Happy holidays!