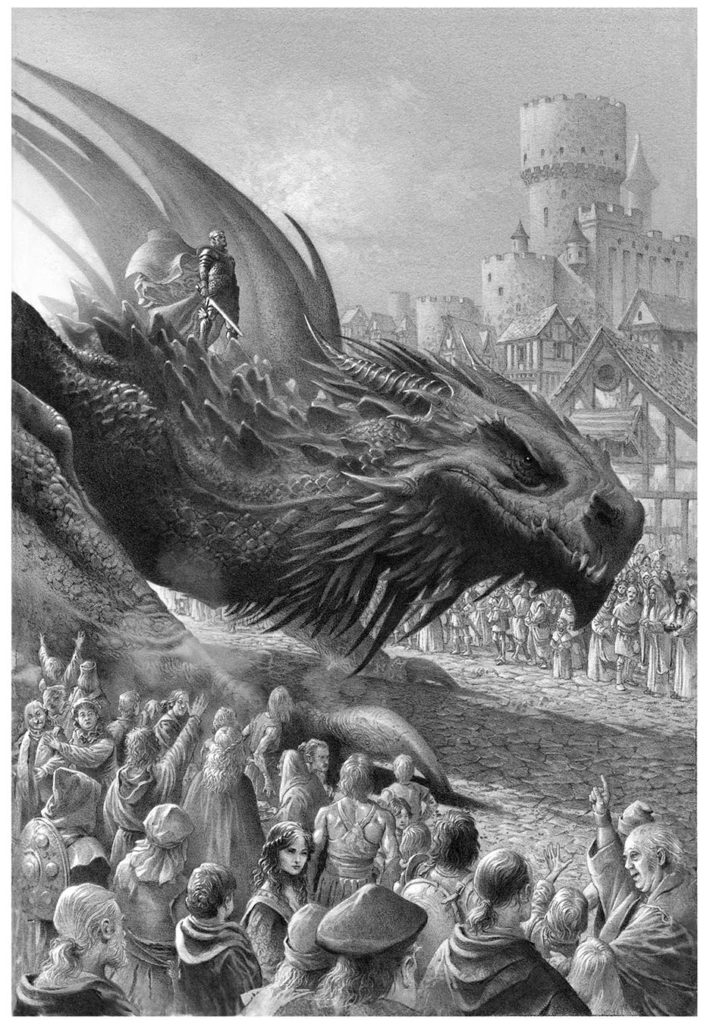 The excerpt gives us a peak into the early days of Aegon Targaryen reign over Westeros. It details the construction of King’s Landing, Aegon’s difficulty maintaining a Hand, the creation of the position of Grand Maester and the formation of the Kingsguard … which was Visenya Targaryen’s idea, as it turns out.

Yes, we also get some fascinating insight into Aegon’s sister-wives, Rhaenys and Visenya, who had a bit of a Sansa/Arya dynamic.

Rhaenys had a great love for music (an effective political tool) and affection for the smallfolk. She also established laws limiting the number of times a husband could beat his wife (… yay?).

Visenya, on the other hand, “presented the grim face of a warrior” though she was “not without humor.”

This is my favorite part of the excerpt:

Visenya twice wielded Dark Sister in Aegon’s defense when he was set upon by Dornish cutthroats. Suspicious and ferocious by turns, she trusted no one but her brother.

During the Dornish War, she took to wearing a shirt of mail night and day, even under her court clothes, and urged the king to do the same. When Aegon refused, Visenya grew furious.

“Even with Blackfyre in your hand, you are only one man,” she told him, “and I cannot always be with you.”

When the king pointed out that he had guardsmen around him, Visenya drew Dark Sister and slashed him across the cheek so quickly the guards had no time to react.

“Your guards are slow and lazy,” she said. “I could have killed you as easily as I cut you. You require better protection.” King Aegon, bleeding, had no choice but to agree.

You can read the entire excerpt at The Hollywood Reporter. Fire & Blood hits shelves on November 20.