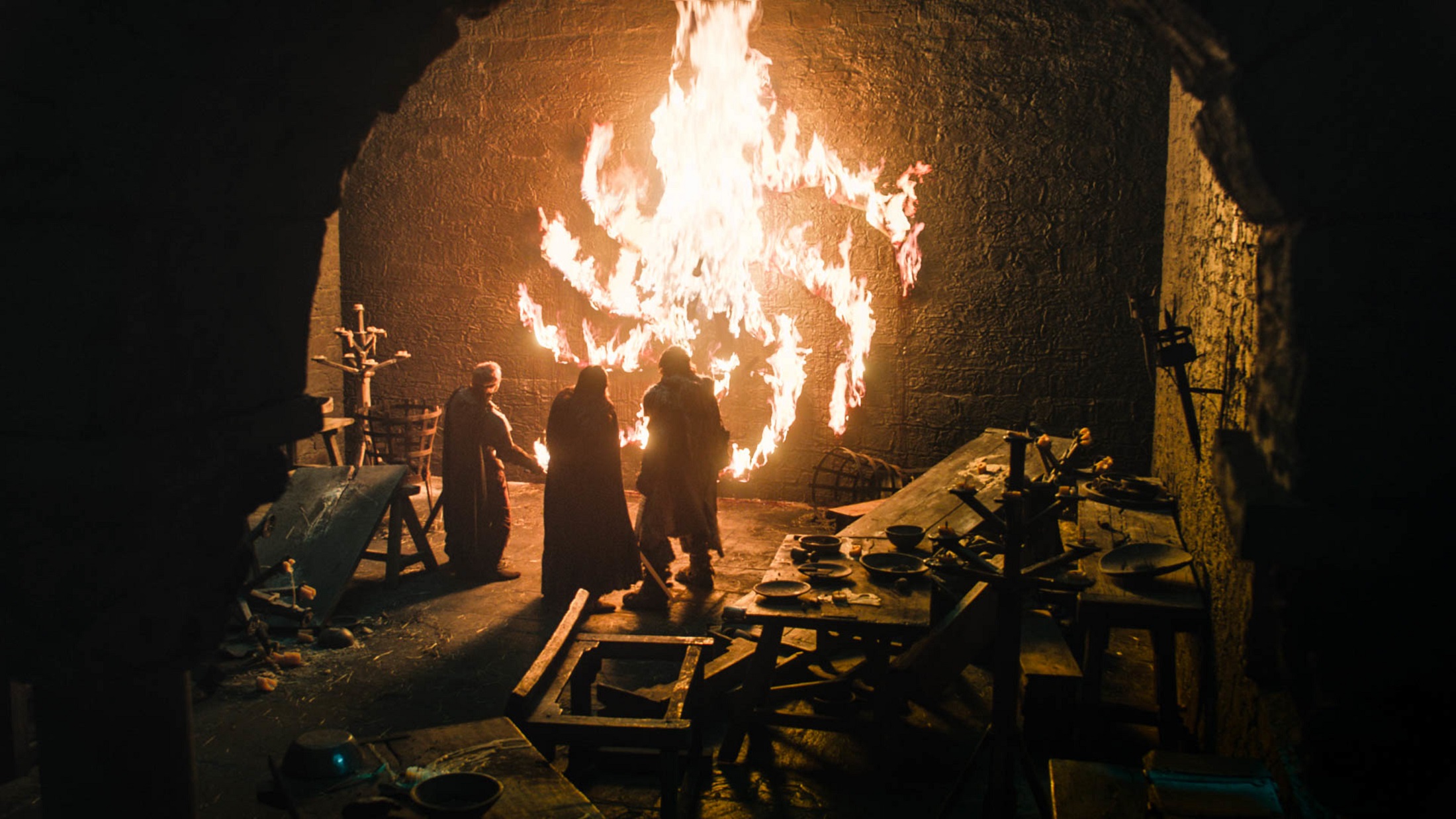 If you were wondering about what the Night King’s spiral-like symbols signifies, especially after its last startling appearance during the season eight premiere, the writer behind the episode is here to tell all—and it really appears to be all. Also, there’s that small matter of Jon learning the truth about his parents and royal status…

At the New York Post, Lauren Sarner interviews the writer behind “Winterfell”, Dave Hill, who admits “there’s always a lot of pressure” writing Game of Thrones, though it was especially challenging to write Jon learning the truth about his parentage:

“This scene was trickier than many because Sam is conveying information that we the audience already know, and that Jon has to hear pretty much in its entirety to get the full effect,” Hill explains. “But it’s tough to balance so much necessary exposition and rehashing (for the audience) with the emotional charge that makes the moment actually land with the audience. Luckily for me, John Bradley and Kit Harington could perform the words of a phonebook, and David Nutter would win an Emmy for directing it.”

Speaking of another key scene in “Winterfell”, Hill opens up about the spiral symbol we have seen the White Walkers use many times, though never as gruesomely as in Last Hearth. The symbol has been described before as a way to show they have a culture, distinguishing them from their mindless thralls, but there’s more to it than that:

“As we saw with Bran and the Three-Eyed Raven,” Hill begins, referring to one of the most consequential yet oft-overlooked visions in season six’s ‘The Door’, “The spiral pattern was sacred to the Children of the Forest, who created the Night King by sacrificing a captured man in a spiral ‘henge of stones.’ The Night King then adopted the symbol as a sort of blasphemy, like Satan with the upside-down cross.”

That’s simply fascinating. Honestly, I don’t know how it never occurred to me that recreating the Children’s Stonehenge-like art with body parts may have been a purposeful perversion instead of just an honest replica. Thankfully, others in the fandom have been more astute than me. In fact, Watchers on the Wall’s own contributor JoeMagician advanced this theory on his Youtube channel just a few days ago!

Before you go, be sure to check out JoeMagician’s whole video and to read Lauren Sarner’s complete, in-depth Dave Hill interview, which you can find here.