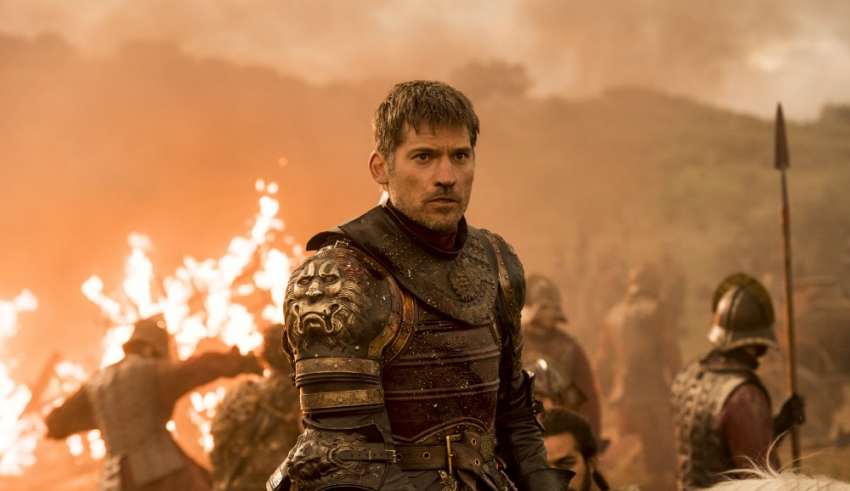 For my last interview at Con of Thrones I had the privilege of chatting with none other than the Kingslayer himself, Nikolaj Coster-Waldau, who shared his thoughts on redemption, forgiveness and how those concepts apply (or don’t apply) to Jaime Lannister’s arc.

]“I think with Jaime’s arc, there’s been so much talk about how his was a redemption arc and I never saw that,” Coster-Waldau tells me. “I never saw him as a guy who needed redemption as such. I just saw him as a guy who had some very specific circumstances in his life … you know, the whole Kingslayer thing on the surface was about him being dishonorable. So now he needed to redeem himself because he did this horrible thing when, in fact, [killing the king] was probably his proudest moment.”

That’s not to say that Coster-Waldau believes Jaime had no arc, however.

“The big thing, of course, was losing his hand. That forced him to become a different version of himself,” he says. “He was a great fighter. He was always a great soldier. He was always a great son and brother. He would do anything for his family and he continued that but now he had to be smarter. He had to use his brains, he had to learn from his siblings, and from his father. One of the best moments, I thought, was when he captured Riverrun without killing anyone and also when he took all the gold from Olenna Tyrell. He accomplished a lot of very successful campaigns in his own right with his smarts and not his sword skills.

By season 8, Jaime Lannister had, indeed, changed drastically from the man who pushed Bran out of a window. But character development and self-improvement don’t necessarily equate to redemption.

“So, the redemption arc that people wanted, as I understand it is, was that he would become an all-out good guy who would then cut off his ties with his family or at least with his sister, join the good fight and then declare everlasting love of Brienne and they would stay together and that would then make him a good guy,” the actor says. “I think that’s a little … but that’s not Game of Thrones. I don’t’ believe that you can just erase your previous life because you go, ‘okay, now I’m going to be a good guy.’”

And according to Coster-Waldau, Jaime believed that redeeming himself would have required just that: erasing his past.

“What’s so beautiful about [his final] scene with Brienne is that when he says goodbye to her and she cries with this overwhelming sadness that this guy can’t acknowledge that it’s okay to be flawed,” Coster-Waldau says. “He has done horrible things in the name of love, as he calls it, but also in the name of existing in this crazy world that they live in but he can’t forgive himself.

“He can’t just cut off who he was, you know, and the idea of leaving his sister alone is just simply impossible to him. I think that’s very truthful to the character.”