Another week of filming has begun, and the stars are popping up in Belfast once again. The khaleesi has been reunited with her crew! Emilia Clarke shared this photo today of her with Jacob Anderson and Nathalie Emmanuel:

Yesterday, Jacob encountered fans in Belfast along with Hannah Murray: 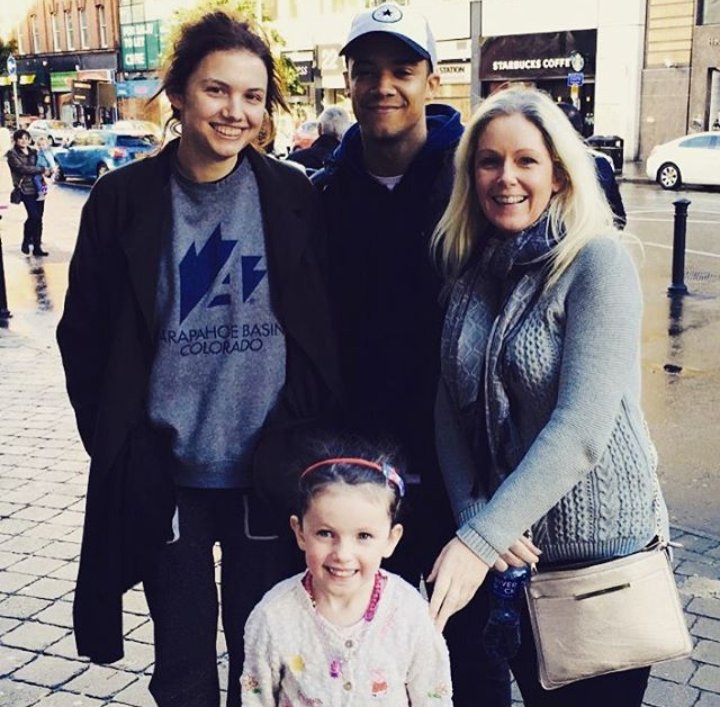 Kit Harington is also back in town, with girlfriend and former castmate Rose Leslie joining him for shopping during his off-duty hours:

Sophie Turner was out and about as well, posing with fans in Belfast yesterday:

#SophieTurner yesterday with fans in Belfast! ?

Update: Kristofer Hivju has shared an image this afternoon of himself and Bella Ramsey, with glowing words for the young actress who plays who plays Lyanna Mormont. Hivju says, “Can’t tell you if our characters meet or not this season – but I can tell you this: you have SO much to look forward to in season 7!”

LOOK OUT FOR THIS ONE! Bella Ramsey portrays Lyanna Mormont with such a strength, authority and coolness! She also stars in a upcomming BBC/ Netflix show called The Worst Witch! She’s super cool and a highly professional actor in the age of 11! Can’t tell you if our characters meet or not this season – but I can tell you this: you have SO much to look forward to in season 7! Hallelujaaaaa!

As for filming news, activity continues in Saintfield today. As we reported last Wednesday, Game of Thrones is returning to film on the same Northern Ireland estate on where the show filmed their epic Battle of the Bastards last season. However, it’s believed that they’ll be filming different scenes on the property, ones likely involving the wooded areas for godswood scenes. A visitor snapped a photo of the filming happening today:

The smokiness is often used just for atmosphere, but it’s unclear exactly what’s happening, since it’s obscured by trees of course. With so many cast members in Belfast at the moment, we don’t know which actors are involved in the Saintfield shoot, though it’s likely at least one of the Winterfell-based Starks will be present.