Carice van Houten and her character of Melisandre may have checked out early in the final season, as one of its first major casualties, but that doesn’t dimish the deep impression left by actress and character both. In a new interview, van Houten discusses the poetic and controversial ends of Melisandre and the show respectively, and more!

The actress has a lot of feelings from the end of Game of Thrones, understandably, as she played the Red Woman for seven years. However, as other cast members have said, the reality of the show coming to an end is only starting to really hit now:

“I was overwhelmed by emotion. I hate saying goodbye,” van Houten tells Deadline about finishing filming Game of Thrones for good during Season 8 production. “It was not only wrapping the show and the character; it was an end of seven years of my life. A lot happens in seven years. That’s why some actors might be very emotional about it.

“For the first time, I’m feeling [that it’s really over]. There was always a year between shoots so we were used to it, but around now we would be getting into the script again, getting in touch with each other, speculating over what would happen to each other’s characters. [Now] there isn’t a reason to see each other as much, which is a little strange. I guess it helped that my character died in the last season. I’m really happy with my ending. That made it easier for me,” she says, regarding Melisandre’s beautiful end in The Long Night. “It was graceful. I was very grateful to the writers for that. That whole episode was bombastic, but my death was like the final note of a symphony.” 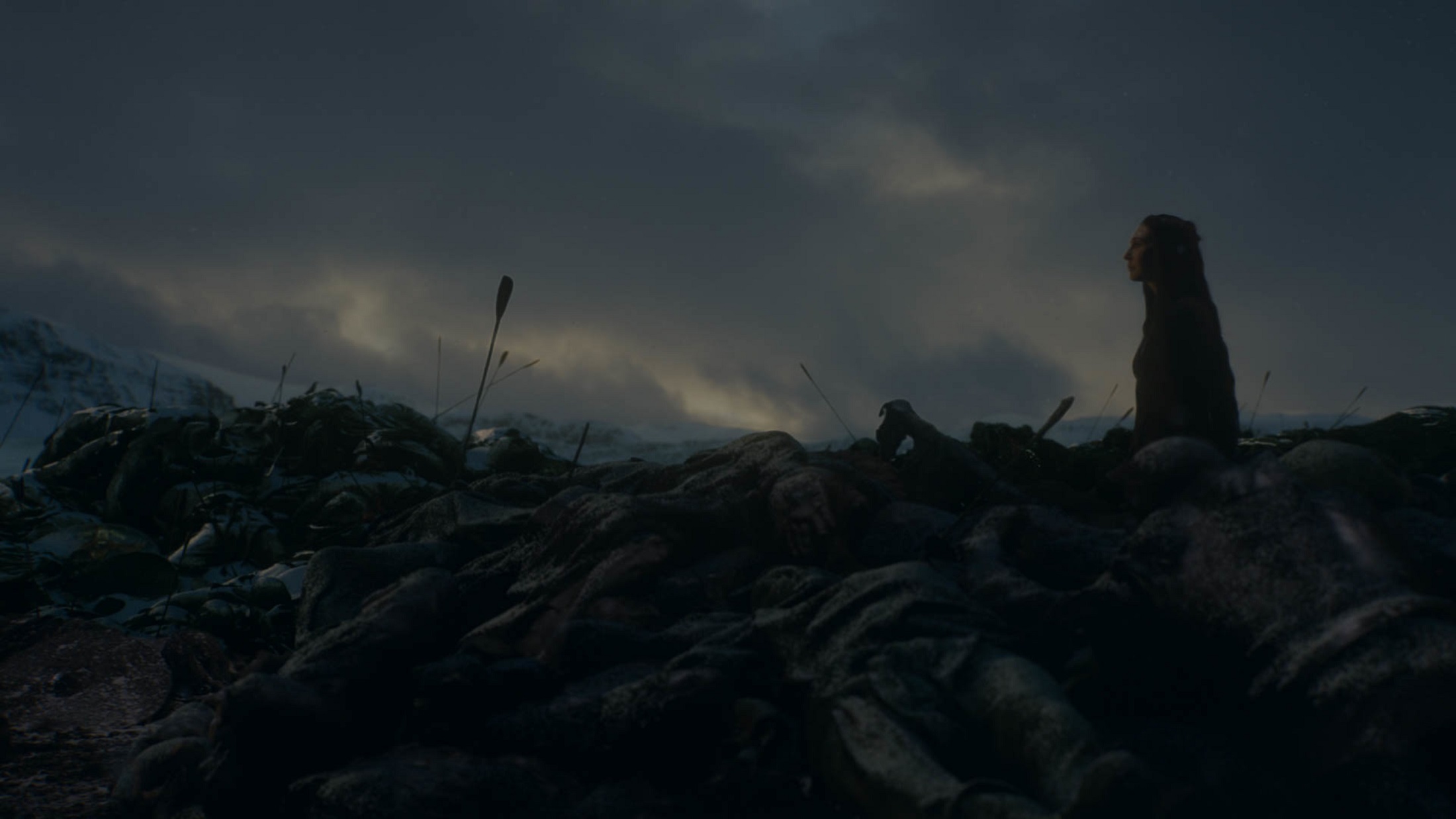 As for the divisive overall ending of Game of Thrones, at first Carice gets a bit philosphical about it, highlighting the sense of community created by the show:

“The thing I’m most happy about is that the show inspired people and brought people together,” the Dutch actress opines about the show’s legacy. “It’s the best thing that could have happened. I hope we get something like it in future, especially in this world where everyone is increasingly connected but individual…”

In the end, however, she does share her thoughts about the ending: “I could [understand some people’s frustration] in a way but I also felt it was bound to happen after eight years of expectation. Everyone has their own theories and wishes. It’s hard to do it ‘right,’ to wrap it up in a bow. Everyone has a right to their opinion but it didn’t bother me. I loved it when the dragon Drogon destroyed the throne, for example. Those moments were amazing. The fact there’s discussion about it is a good sign, though.”

Though I would hesitate to label some of the reaction to the final season as “a good sign” of anything, or to even classify it as “discussion”, I believe van Houten is quite right in spirit: whatever one may think of the final season or the finale (I happen to agree with her), it’s difficult to think of many TV shows that have ignited this much passion for so many people. We can only hope the prequels spark even a fraction of such interest!