Actor J. J. Murphy dies after beginning filming for Game of Thrones season 5 | Watchers on the Wall | A Game of Thrones Community for Breaking News, Casting, and Commentary 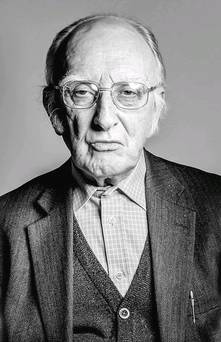 According to the Belfast Telegraph, the eighty-six-year-old thespian had been cast as Ser Denys Mallister, the “oldest member of the Night’s Watch”. He passed just four days after filming his first scenes for the series.

Best known for his theater work (having worked alongside Liam Neeson and Game of Thrones’ own Ciarán Hinds), he also appeared in Irish and Northern Irish films Mickybo and Me, Cal and Angela’s Ashes, and will appear in this year’s Dracula Untold.

Mr. Murphy’s agent said of him that he has “never encountered a man with more spirit, passion and love for his craft.”

It is unknown at this time whether the part of Denys Mallister will be recast or written out.

Our condolences to his family and friends.

Update: In an official statement from HBO, D.B. Weiss and David Benioff have announced, “We will not be recasting J.J. Murphy. He was a lovely man, and the best Denys Mallister we could have hoped for. And now his watch is ended.”