A few more photos from the Game of Thones set, in the last week of shooting | Watchers on the Wall | A Game of Thrones Community for Breaking News, Casting, and Commentary 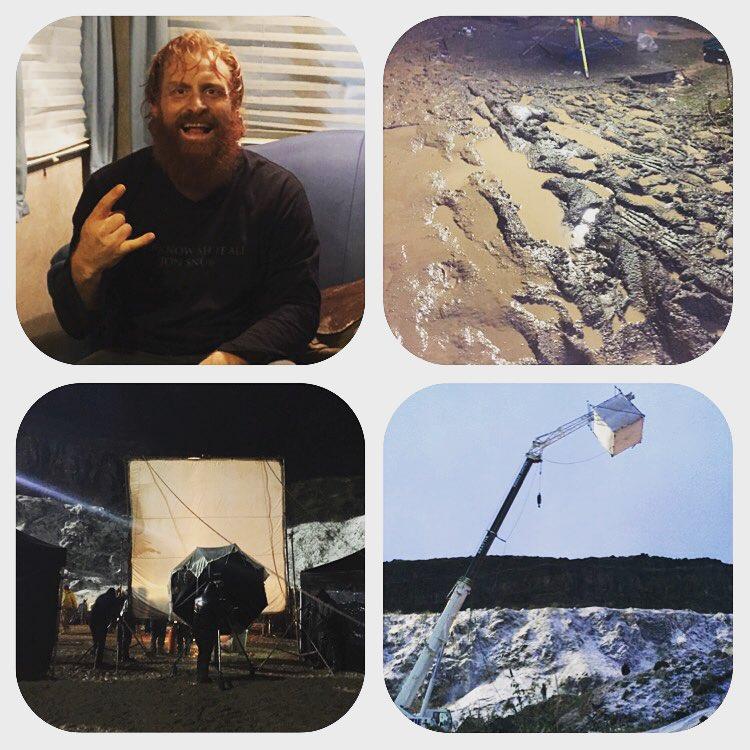 Last Friday on December 11th, a few photos were posted online featuring Kristofer Hivju and the set of Game of Thrones. The pictures were shared on Instagram after a visit from a Panorama Agency agent (Hivju’s representation). They depict the Magheramorne Quarry set in Northern Ireland that plays home to Castle Black, the Wall and occasionally other scenes.

Amusingly, Hivju seems to be wearing the same “You Know Shite All, Jon Snow” shirt that Nikolaj Coster-Waldau was spotted wearing in Spain. A gift from a friend or did all the cast members receive those shirts? Either way, it’s hilarious. For a dead guy, Jon Snow is omnipresent.

The photos also show the snowy walls and infamous mud of the quarry and the production team hard at work.

The second photo is harder to decipher, with figures showing in the dark on the monitors. With the photo, the uploader remarked, “On set tonight of#gameofthrones – such a pleasure!” So it’s safe to assume they are new photos. 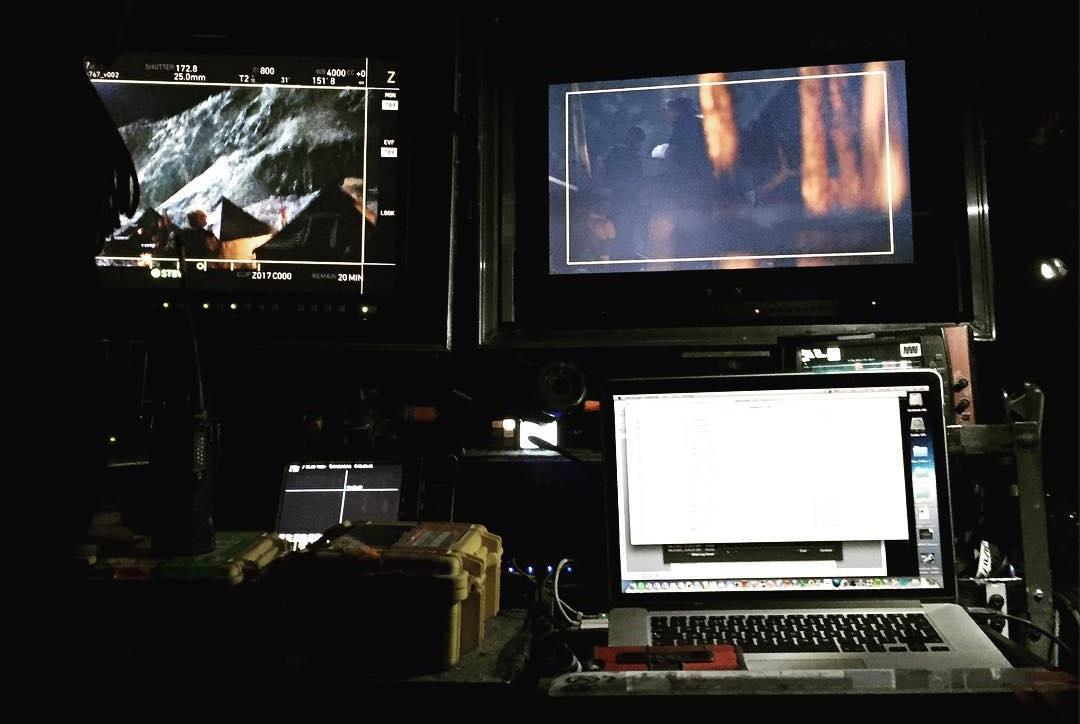 With GoT director Miguel Sapochnik‘s tweet from Saturday, we know that December 17th is officially the last day of shooting, as expected. We’re almost there!

Thanks to WotW readers Dragonslayer and Gravemaster for help with this post!