The Writing On the Wall: The Bird Who Grew Wings | Watchers on the Wall | A Game of Thrones Community for Breaking News, Casting, and Commentary 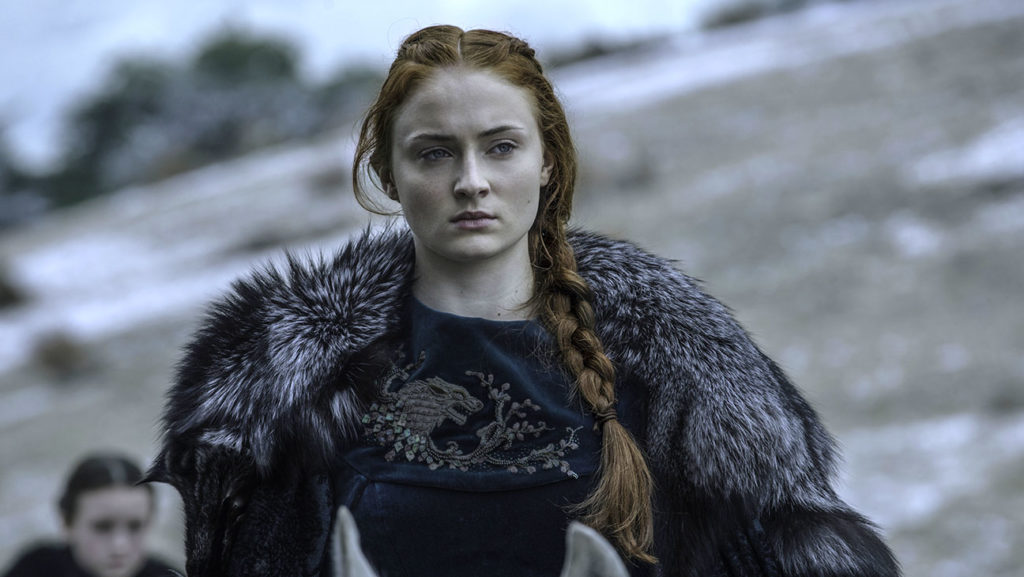 Game Of Thrones will leave behind a plethora of legacies but arguably its most potent one will be its penchant for upending conventional narratives that have for so long defined the fantasy genre. The execution of Eddard Stark (Sean Bean) at the end of “Baelor” and the slaughter of the Starks at the Red Wedding in “The Rains of Castamere” are arguably the series’s most infamous moments in this regard. Yet the series’s commitment to character subversions is just as critical to the story’s success, for it is what arguably allows the plot subversions to be simultaneously germane and surprising.

The journey of Sansa Stark (Sophie Turner) is a prime example of Game Of Thrones committing itself to character subversions, even if some of its elements were drawn in less than a desirable fashion. She goes from an entitled aristocratic child who expects the world to simply bend towards her will to a hardened woman who has realized that the world is a harsh, bitter place where the principles of fairness and justice are rarely applied and when they are, those are moments to cherish and not expect.

Sansa’s alteration is most notably impacted by the amount of time she spends ensnared within the political machinations of King’s Landing. The capital, infamous for the Machiavellian tendencies it inspires, is a dangerous place for Sansa. She is nevertheless in part protected by her status as the heir to Winterfell. Upon the defeat of her family, the sparsely populated North would go to her and theoretically to her husband. Few may think too much of her, but they think highly of her position. 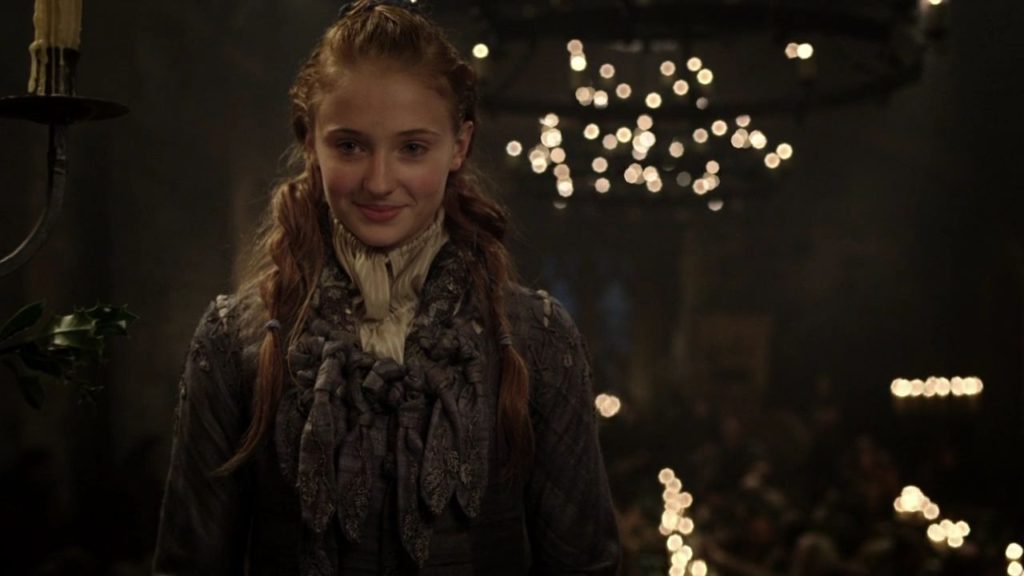 Before she arrives in the capital, however, Sansa begins her journey in Game Of Thrones as the pampered princess of Winterfell. As the eldest daughter of a noble family, there are specific expectations attached to her station and she was raised with an acute awareness of what they were. As a young girl, she knew that one day she would be married off to someone of an equivalent or higher rank in a transactional approach. It was her part to play, she is told, to form or solidify an alliance.

When Prince Joffrey Baratheon (Jack Gleeson) arrives at Winterfell, Sansa is at first thrilled. She would marry a prince and after he becomes king, she would become queen. She would become a mother to little princes and princesses and thus ensure the longevity of her position. Most importantly, she would be living in the sunny capital, which Sansa feels is a much more civilized place than the frigid, biting North. Troubling signs with Joffrey arise quickly, but Sansa looks past them out of necessity and a desire to hold onto that dream she has been taught is her reality.

Sansa gets a significant amount of vitriol for her early behavior, but Game Of Thrones is placing Sansa in the seat of a reader or viewer who begins this story with the expectations a generic fantasy narrative would provide. She expects to be married happily and even if her relationship is based on forging an alliance, she believes that a transformative love would be born out of that transactional capacity. She believes in a form of stability and honor that her father’s sheltered upbringing unfortunately buoyed. It is a hopeful innocence many of us espouse before we realize that the world isn’t as delivering of such expectations. 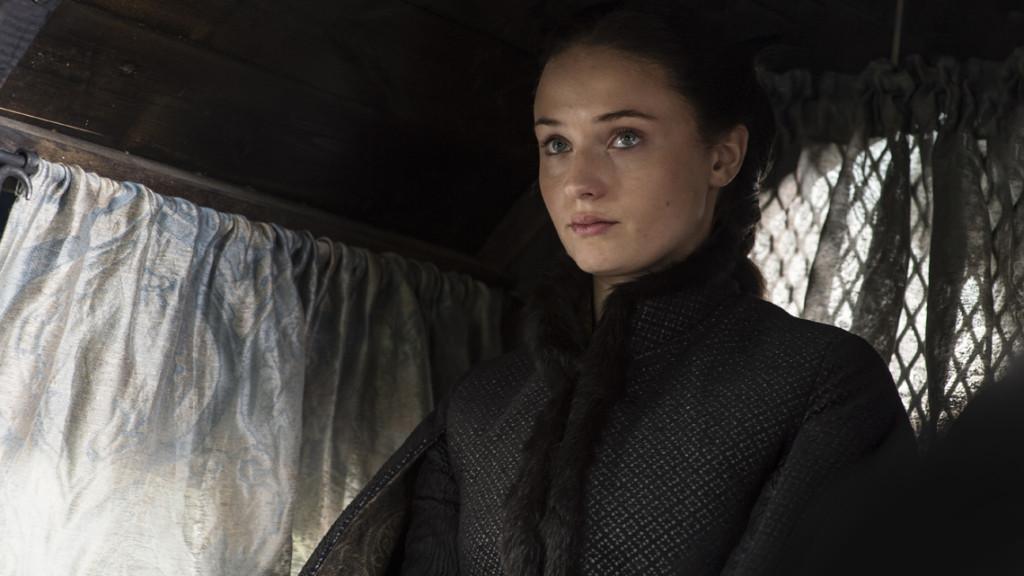 That mirage was punctured quite quickly with the death sentence imparted upon Sansa’s direwolf Lady. Lady’s unjust execution is an early indicator of how seriously Game Of Thrones takes the dark reality of its world but in that moment, it is important to acknowledge the difficulty Sansa was facing in that circumstance, even if the audience’s sympathies were lying squarely against the prickly prince from King’s Landing. Sansa’s upbringing was in part geared towards her forming an alliance through marriage. If she betrayed Joffrey in this instance, then she was betraying her family in a different way and on a selfish level, she did not want to betray her person dreams.

As soon as Ser Ilyn Payne’s (Wilko Johnson) sword strikes through her father’s neck, however Sansa’s entire political reality changes. She is thrust into what can be accurately termed as being a series of unfortunate events that continue to drive forth her absolute desperation. Her entire survival, in spite of her being the heiress to the North, seems tumultuous and she commits herself to surviving, no matter what she has to suffer through and how much dignity she has to maintain in in spite of the horrid abuses hurled her way. Tyrion Lannister (Peter Dinklage), after witnessing Sansa’s continued strength, rightfully notes his assertion that Lady Sansa will survive them all.

Sansa’s survival becomes contingent in part upon her abilities to observe and learn, two skills that the capital offers a plethora of learning opportunities from. Her three greatest teachers are arguably three of the shrewdest minds in Westeros, each of whom is attempting to survive and climb in different ways. Cersei (Lena Headey) is attempting to assert her dominance in a political landscape that is not kind to a woman. Margaery (Natalie Dormer) is attempting to do the same but in a markedly different way. Littlefinger (Aidan Gillen) is attempting to play them all, crafting a sea of utter chaos and forging a ladder for himself. 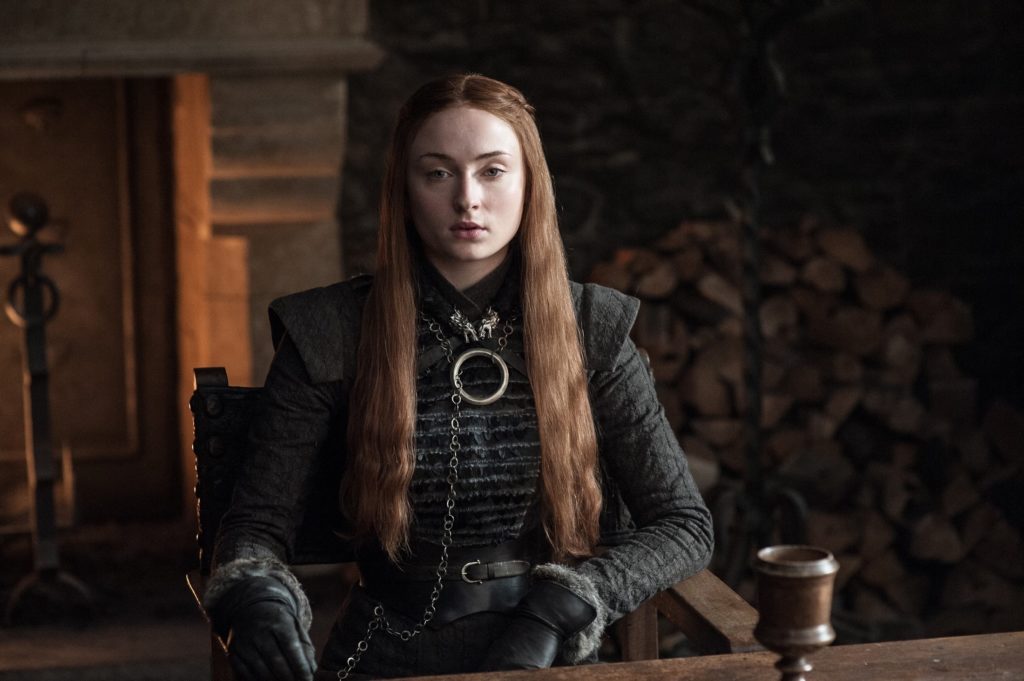 Sansa is caught up in that sea of utter chaos without any sort of recourse, being pulled from one rocky shore to another as if an endless cycle of misery had ensnared her and refused to let go. Upon each shore, however, she learns something and the writing of the character is largely able to shape her into someone who could organically grow into the character we see her to be in “The Battle Of the Bastards.” We see a bit of Cersei, a bit of Margaery, and a bit of Littlefinger all coming together to inform the decisions she makes in that fateful battle for the North.

The most critical element that Sansa learns from her three professors, for lack of a better phrase, is that of survival. She sees the cleverness and strategizing that kept Margaery alive, the ruthlessness that kept Cersei alive, and the Machiavellian machinations that kept Littlefinger alive. She realizes the overzealous nobility that killed her brother and father, the same kind of nobility that she sees as a potential danger to her brother Jon (Kit Harington). She comes to the realization that her brother Rickon (Art Parkinson) is likely doomed, hardened by her lessons of reality and survival.

When Sansa is standing before Ramsay (Iwan Rheon), she is standing in loss and triumph, reflecting upon her circumstances. Ramsay notes wryly that he would never truly leave for he had become a part of her. In a sense, he is correct in that his abuse of Sansa left a mark on her that would possibly never go away. Yet he misses the mark for Sansa ultimately is able to take circumstances that are inflicted upon her and take the lessons she needs to survive. Therein lies the critical difference in understanding Sansa facing an abuser in a true position of power, and meting out the justice that has escaped her for so long.