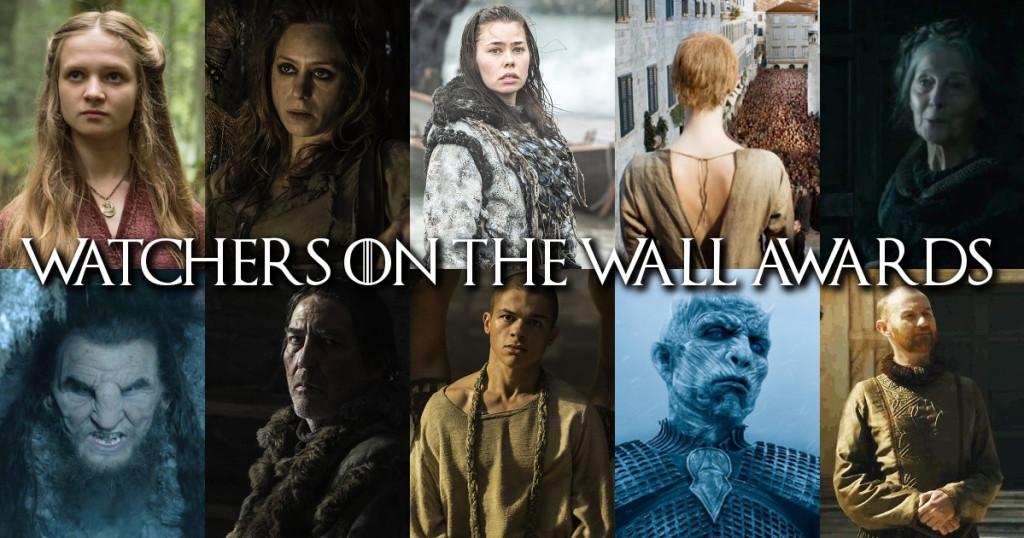 The guest actors and actresses of Game of Thrones take center stage today at the Watchers on the Wall Awards. The vast array of talent found on the show is not only demonstrated by its stars but found in the performers who come and go every episode. So today, we celebrate the scene-stealers and short-term delights, the performers who leave their mark on Game of Thrones in their own way.

The fans have narrowed down the contenders to five in each category. To see details of the preliminary round of voting, check out the poll results here.

Jodhi May as Maggy the Frog  – Watch her on YouTube

Birgitte Hjort Sørensen as Karsi   – Watch her on YouTube

Rebecca van Cleave as the Cersei double  – Watch her on YouTube

Nell Williams as young Cersei – Watch her on YouTube

For Best Guest Actor, we have:

Richard Brake as the Night’s King  – Watch him on YouTube

Mark Gatiss as Tycho Nestoris   – Watch him on YouTube

Ciarán Hinds as Mance Rayder   – Watch him on YouTube

Ian Whyte as Wun Wun   – Watch him on YouTube

There’s still another day left of voting in the Best Supporting Actor and Actress finals, so head on over to that post to cast your votes!

The final round polls will be open for 48 hours each: Guest Actor and Actress beginning now and running until 9/25/15 at 2PM EDT. The results will be revealed at the Watchers On The Wall Awards ceremony in a few weeks time!