Time for some funnies. The era of Facebook recaps has come and gone, a new generation has taken over and brought with them – Snapchat. Someecards is doing Snapchat recaps this season; if you missed previous ones, find them here, here, and here.

We have tweeted a good deal about this item already, but that is of course not enough – it is so well done that it deserves a post so that no one misses it. I never doubted we will get it sooner rather than later; Ladies and Sers, here is the lighsaber version of the Tower of Joy scene:

Last but not least, we give you Targaryen’s First Law of Political Thermodynamics. It definitely appears to hold. 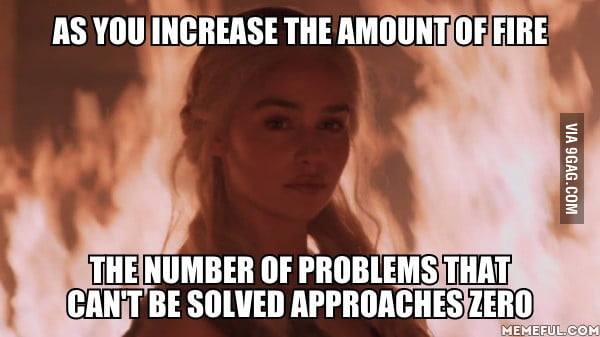