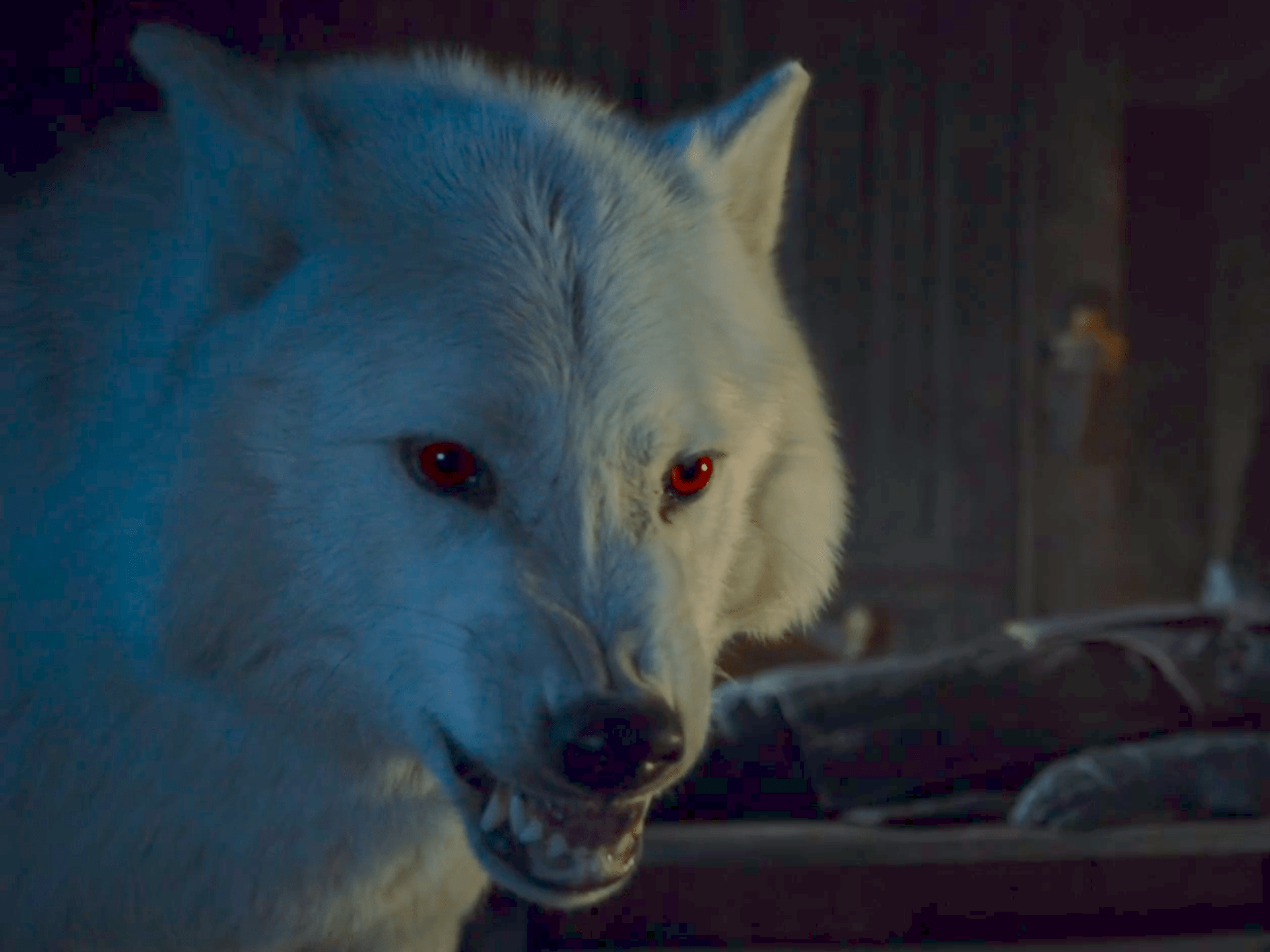 A beloved character not seen since season six is returning for season eight! While there was no way to choose a header photo for this story that didn’t immediately give it away, that doesn’t diminish my excitement one bit — ladies and gents, Ghost will be back!

Visual effects supervisor Joe Bauer told Huffington Post in a recent interview that Jon Snow‘s faithful red-eyed direwolf, who wasn’t seen in a single episode of season seven, will be a big player in the eighth and final season of Game of Thrones.

“Oh, you’ll see him again. He has a fair amount of screen time in Season 8,” Bauer said. “He does show up. … he’s very present and does some pretty cool things.”

Although Bauer noted that showrunners Dave Benioff and Dan Weiss could probably shed more light onto why Ghost was MIA for Season 7, he did say that it was, at least in part, due to the fact that working with real wolves — the method they usually use for creating the direwolves in the show — is predictably difficult.

“The direwolves are tough because you don’t want to get them wrong, so we end up always shooting real wolves and doing a scaling trick with them, but the real wolves only behave in certain ways,” Bauer said. “I think that has something to do with why the direwolves are in the show but they’re not maybe as integral as they are in the books.”

So, if we’re seeing one direwolf in Season 8, will we see more? Last season we got a tantalizing scene with Nymeria and Arya, even though Nymeria ultimately stayed with the wild wolf pack she’s presumably been leading since Arya drove her off way back in Season 1. But as the symbol of House Stark, who has returned to power in the North, will the remaining direwolves join forces with their human counterparts in the fight between the living and the dead?

Unfortunately, we don’t know about that, as Bauer doesn’t comment on her fate specifically in this interview. But maybe we can speculate that since this is the final season of Thrones, the show is going all-in on the direwolf budget. Like all things Season 8, we’ll just have to wait to find out.