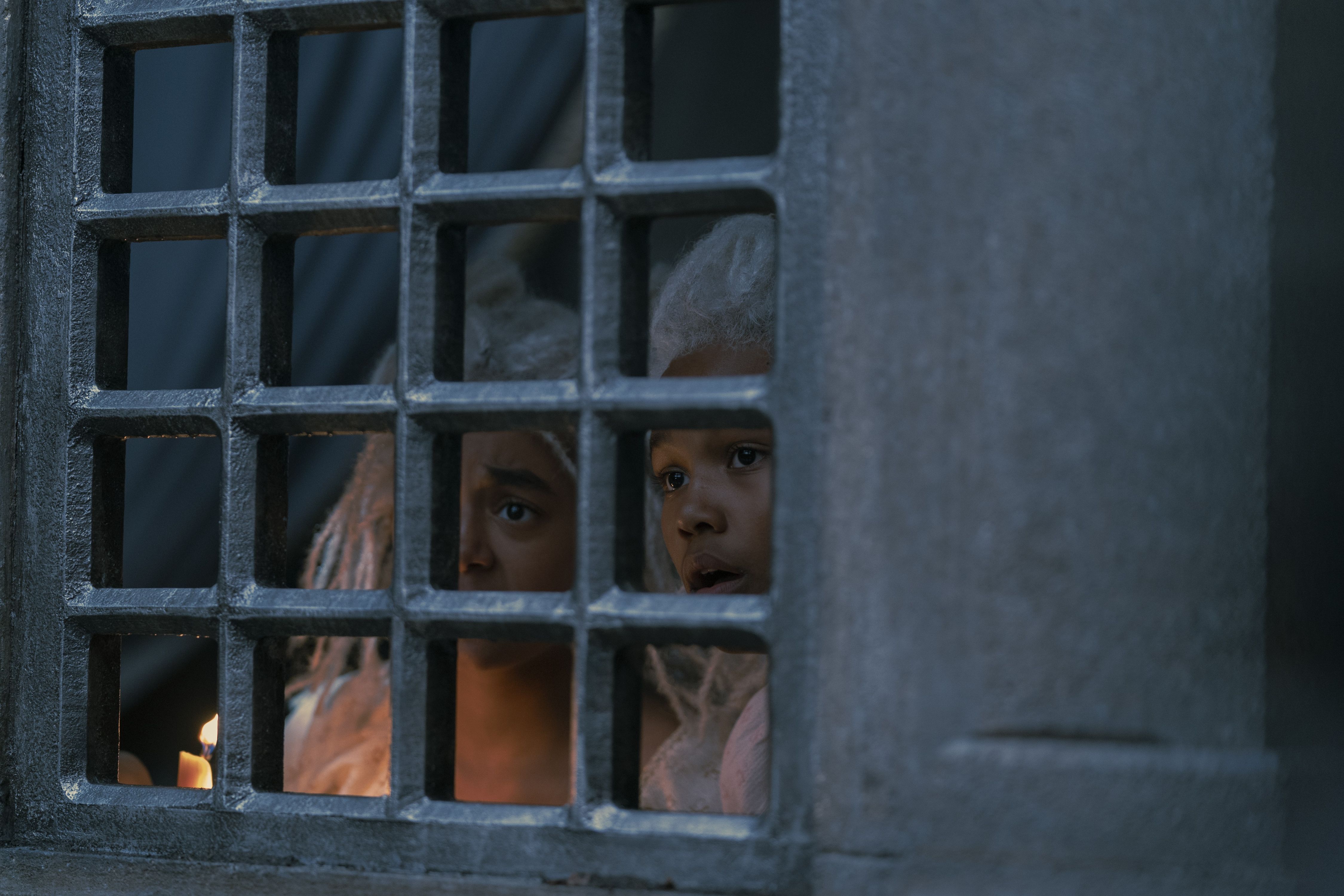 Refresh your memories on last week’s episode, “Driftmark,” with our roundup of video breakdowns and reactions before tonight’s episode!

Book-reader breakdowns will give you all the information you want and more, starting with Westeros History, who provide us with a synopsis as well as their great review podcast. As usual, they keep it pretty spoiler-free, but they also have a Saturday stream, this time with The Ringer-Verse‘s Joanna Robinson, in which they discuss all the book-relevant spoilers for “Driftmark” and preview tonight’s episode:

Joe Magician had his weekly aftershow and continued with his theory-crafting videos, this time focusing on Helaena Targaryen’s dragon dreams —and a bit more on Larys Strong being a greenseer and maybe a skinchanger, because of course:

Gray Area considers her mixed feelings about the episode due to the possible plot holes caused by the twist at the end of the episode:

TwoTheFuture criticizes the ‘day for night’ lighting and the adaptation choice of making Alicent try and take Luke’s eye herself; unspools Helaena’s latest prophecy; and compares the differences between Fire and Blood and the show in regards to Aemond’s claiming Vhagar, the kid fight, and its consequences:

Alt Shift X recaps the dragons we’ve seen so far and which we haven’t; wonders how Aegon and Helaena’s betrothal was decided; uses details from Fire and Blood that haven’t been adapted to expand on our understanding of Otto’s selection as the King’s new Hand and of Aemond’s motivations to claim Vhagar; expounds on the mythological significance of Aemond losing an eye as a sacrifice for something greater; compares the fight and confrontation this episode to the ones in the second episode of Game of Thrones, “The Kingsroad”; and finally goes through Rhaenyra and Daemon’s plan to fool everyone and how it may backfire on them:

Now, video reactions! Blind Wave are the only reactors I’ve seen who realize what Vaemond was insinuating with his funeral speech; Eric inevitably makes a joke during Rhaenyra and Daemon’s beach sex scene about the sand being “rough, course and irritating” (one of several Star Wars jokes in this video); they are awed by Vhagar and horrified by the children fight; and after the episode they discuss bad parenting, Laenor’s choice, and just how culpable Alicent is:

The Normies are startled by Luke cutting Aemond’s eye out, enjoy the family drama that follows, and are divided by those who get what was happening with Laenor’s twist and those who do not before the final scene clarifies it for them:

The Reel Rejects are overwhelmed by just how much happened this episode and how much they’ve come to care about these characters:

At the Burlington Bar, everyone—book readers included—lose their minds whith the dragon-claiming, the fight, the later confrontation, and the ending twist:

I find that watching these breakdowns and reactions is a good way to remember the previous episode and get excited for the next one… which is coming tonight!