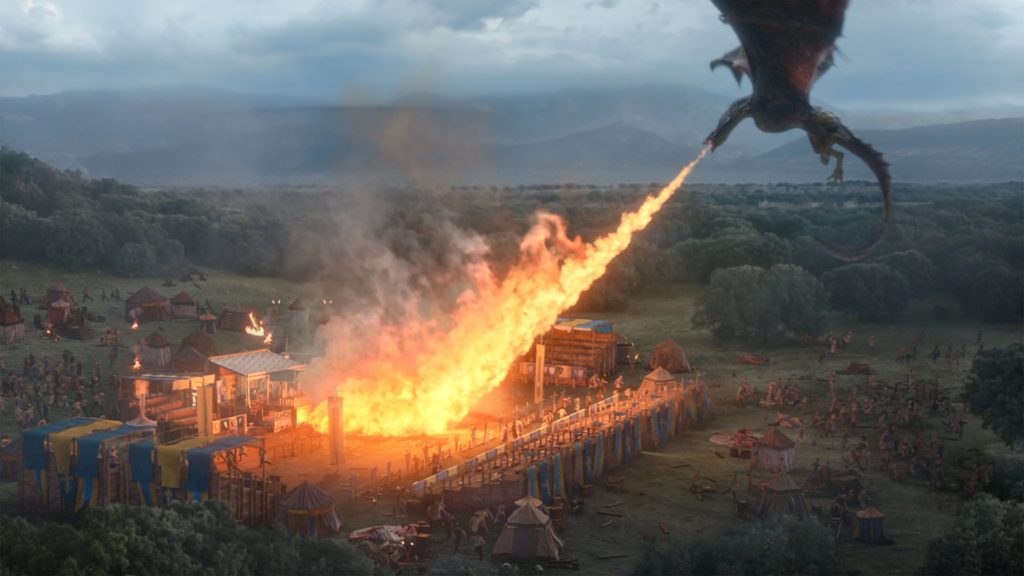 If you, like me, were hoping for a Game of Thrones ad to air during the Superbowl … well, you got your wish. Sort of.

Bud Light’s agency, Wieden+Kennedy, collaborated with HBO and Droga5 to create the 60-second spot, “Joust,” the latest installment in the medieval/fantasy “Dilly Dilly” series which takes a sudden (and violent) Westerosi turn … though no Super Clegane Bowl pun is made, in case you were wondering.

Production on the ad reunited more than 25 people from the Game of Thrones crew under David Nutter, who is perhaps still best known for directing The Red Wedding. It’s quite fitting, then, that the Game of Thrones elements are introduced into the ad with a rendition of “The Rains of Castamere”.

The first half of the spot was under the direction of Bud Light’s Spencer Riviera, who previously directed creative within the Bud Light medieval universe.

To kick off the next phase of its #ForTheThrone campaign, which asks fans, celebs and brands what they would do #ForTheThrone in celebration of the series’ final season (debuting April 14), HBO says they were “looking for a stage and brand partner that could stand up to the powerhouse the show has become. Bud Light, known for delivering iconic Super Bowl commercials, was the top choice and jumped on board immediately,” and that the reveal of the ad was intentionally left until the game “to maximize the surprise for fans and viewers alike.”

The video posted above is the extended version which was revealed online and includes additional Easter eggs for us mega-nerds to enjoy!