Game of Thrones title sequence designer breaks it down and teases Season 8 changes | Watchers on the Wall | A Game of Thrones Community for Breaking News, Casting, and Commentary 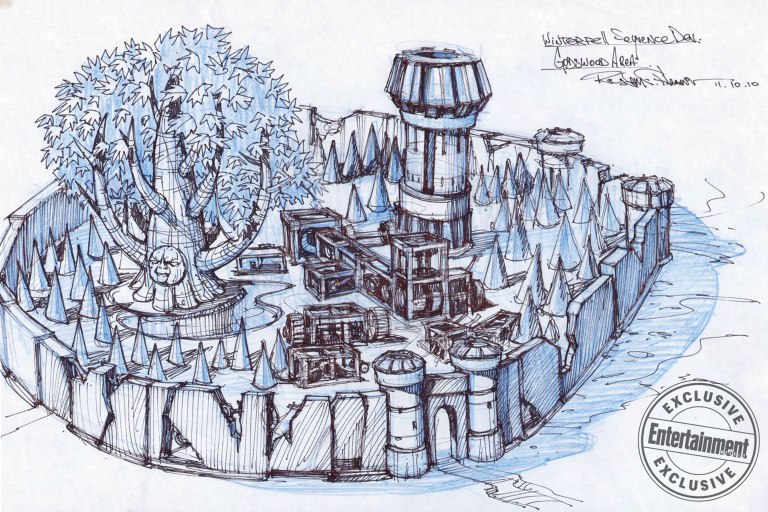 Winterfell/Godswood concept art created for the initial title sequence. Notice the date of 2010!

Personally, I think the title sequence of Game of Thrones never gets old — Ramin Djawadi‘s incredible score paired with the fascinating revolutions and evolutions of Westeros designed by Angus Wall is one of the most unique and memorable aspects of the already unique and memorable show. And if you want a peek behind the curtain at how it came to be, read on!

In a recent EW article, David Canfield reveals that the concept initially developed for the pilot was to use a map of Westeros for interstitials — spaces in between action shots — that would keep the audience clear on where the action was taking place. That, however, caused a problem.

“It broke up the narrative in the most horrible way,” title designer Angus Wall told EW. “But we realized there was a need to tell the geography of the world — in the same way that a legend would for a book. That became the title sequence.”

Wall also said that the approach to using a more flat or two-dimensional map was scrapped, because they wanted the viewer to feel as though they were actually orienting themselves “inside” the world of Westeros (and also because “It’s boring to have flat worlds”). It was also important to include the evolution of Houses within the story represented in the title sequence, Wall said, like the burning of Winterfell visualized by smoky rubble (and the Starks’ direwolf sigil again flying high beginning with the Season 6 finale). 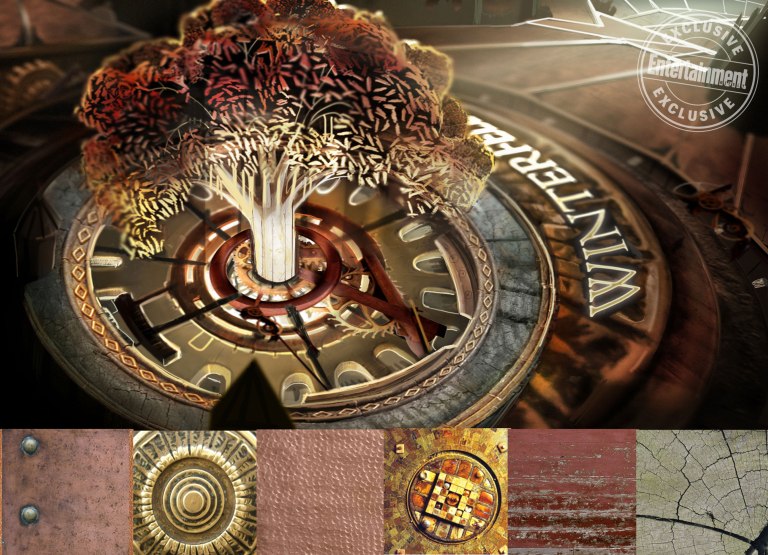 A “flat” version of the title sequence map that was scrapped for the more 3D version we know and love.

It also became more difficult to keep up with the expanding map as the show went on, forcing the sequence to consider “what to leave out and what to leave in,” Wall said. “Would we have loved to show the movement of every army? Yes. But it’s an incredible amount of work just to create different locations and different versions of each location.” That has meant paring down locations like Winterfell and King’s Landing to their largest structures and leaving out some more minor locations entirely (Wall thinks viewers haven’t noticed, but he clearly hasn’t met fans like us).

Wall also noted that the technology that they use to create the sequence “has changed so radically over the course of all these seasons, so there are constant little technical upgrades that happen every season…. The definition has improved so much.” However, like any cast or crew member, he can’t reveal what that means for Season 8, though there is definitely something new and exciting there: “I can’t wait for people to see it”, he said. I guess we’ll just have to wait 16 more days to see for ourselves!