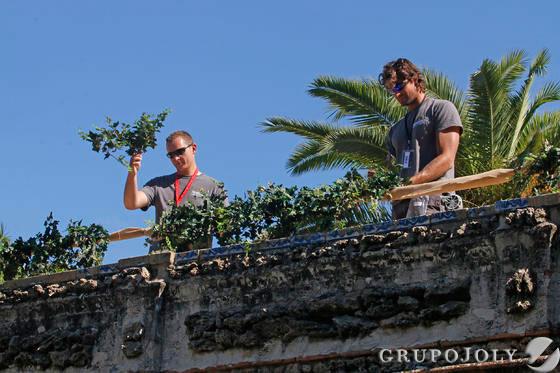 The production is crew is busy modifying the Alcázar in Sevilla, Spain in preparation for filming that will occur there from October 10th-18th. Above in a photo by Antonio Pizarro it looks like the crew is adding greenery along the roof edge of the palace (thanks to Jentario for the Twitter link).

Spoilers and more photos after the cut.

Meanwhile over in Osuna, a photo by @artecsevilla shows some set construction (thanks to Cami for the Twitter link).

The source for the Osuna construction is saying that it was supposed to look like Meereen and was for a Tyrion scene. The elevated gazebo structure looks like it could be a spectator’s box for someone important, like Dany? Below are some pictures from the ABC Sevilla gallery. 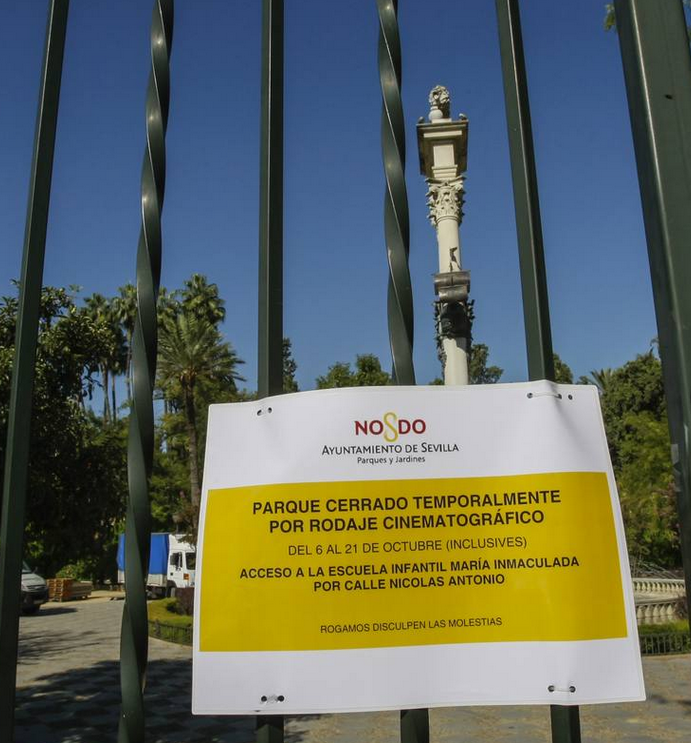 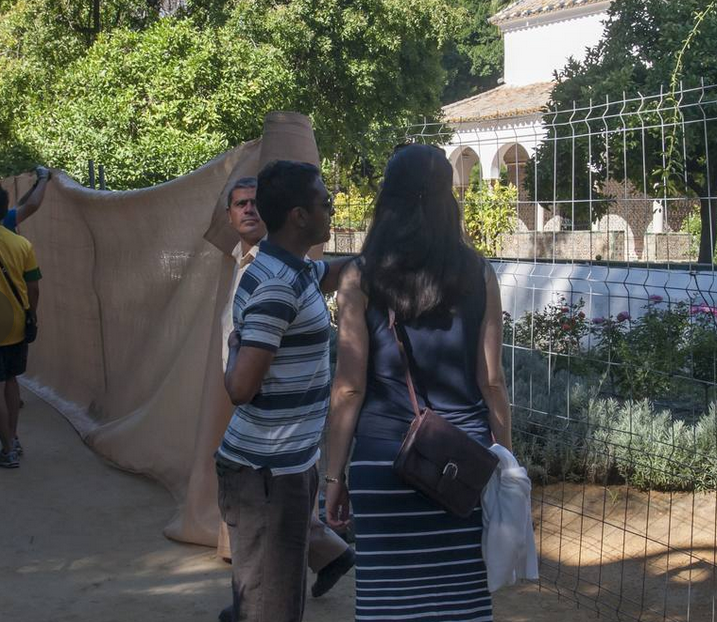 Note the fence being covered to hide the filming from our little birds. 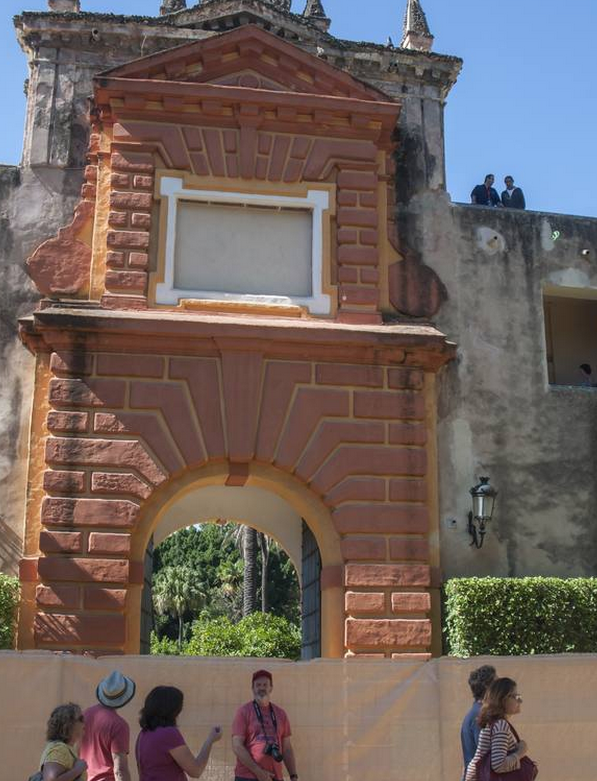 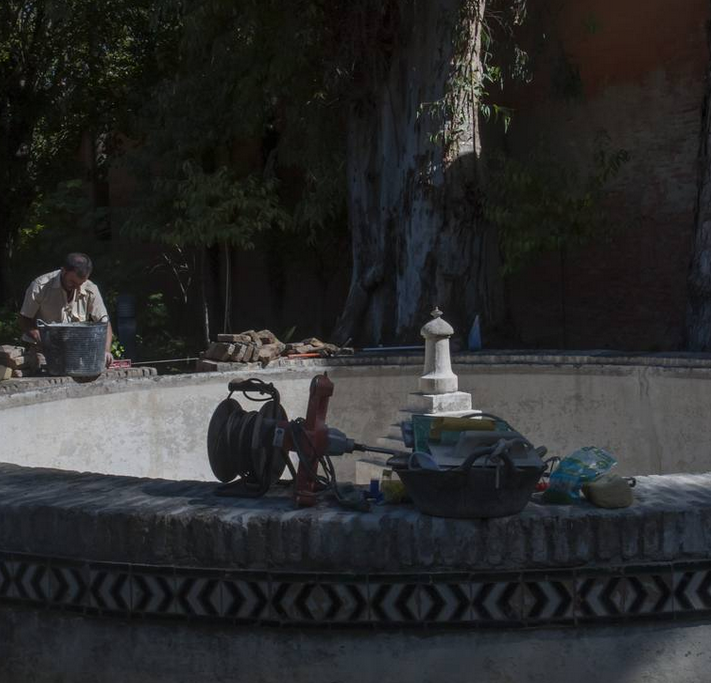 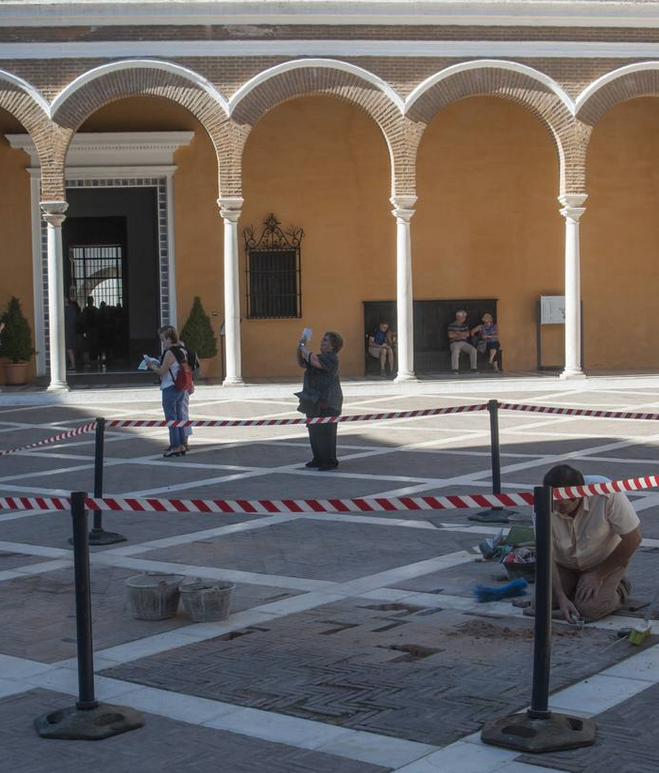 Below, also from ABC Sevilla, is an example of the scheduled closures maps. This one shows in red the area that will be closed to the public the entire duration of filming. D&D have had security locked down much tighter this year and even the actors have been pretty mum on social media as of late. We obviously already know that the Alcazar will be used as Doran’s Water Gardens in Dorne, but that’s all we have at this time. Keep your eyes peeled and your ears open out there, and drop us a line if you see something we missed.