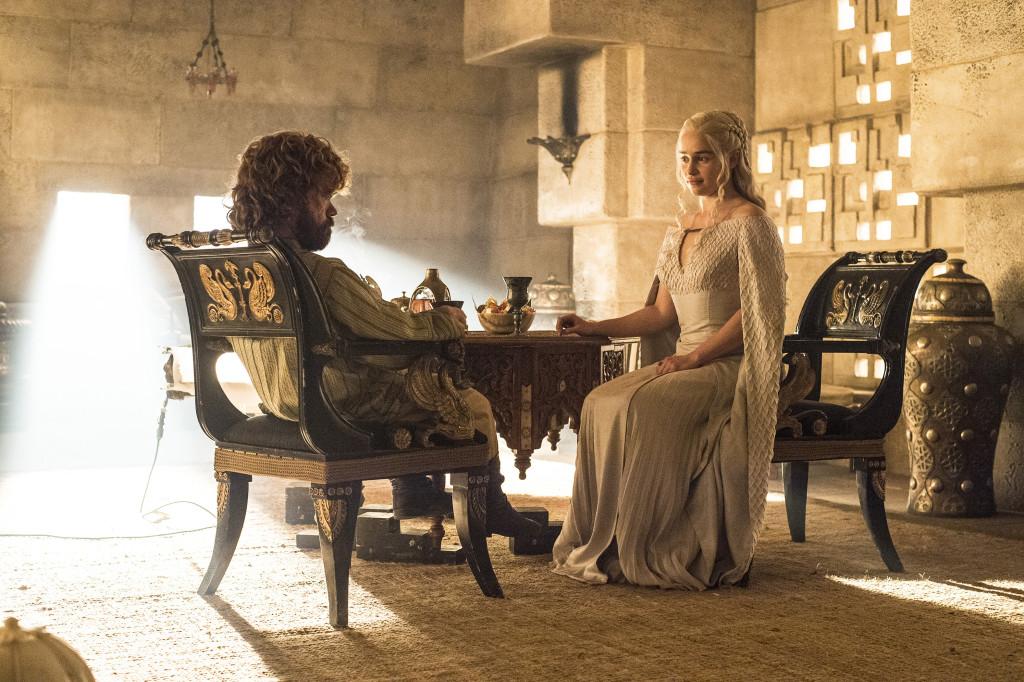 Clarke and Dinklage praise their long anticipated meeting last season in a video from Mashable:

Rheon spoke with Digital Spy agreeably stating that his character has taken up the mantle as the most despicable character on the show since the late King Joffrey.

It’s full of anti-heroes. A lot of the characters that you love aren’t your typical heroes. I don’t get shouted at on the street or anything. I guess after the demise of Joffrey, [Ramsay has] sort of stepped into that antagonist role. He’s a different enemy to Joffrey, I think people like him a bit more. Not necessarily like him as in ‘I’d want him round for tea’, but at least he’s got something interesting about him, he’s not just a little shit. He’s got his own struggle. There are some more redeeming features if you can find them! 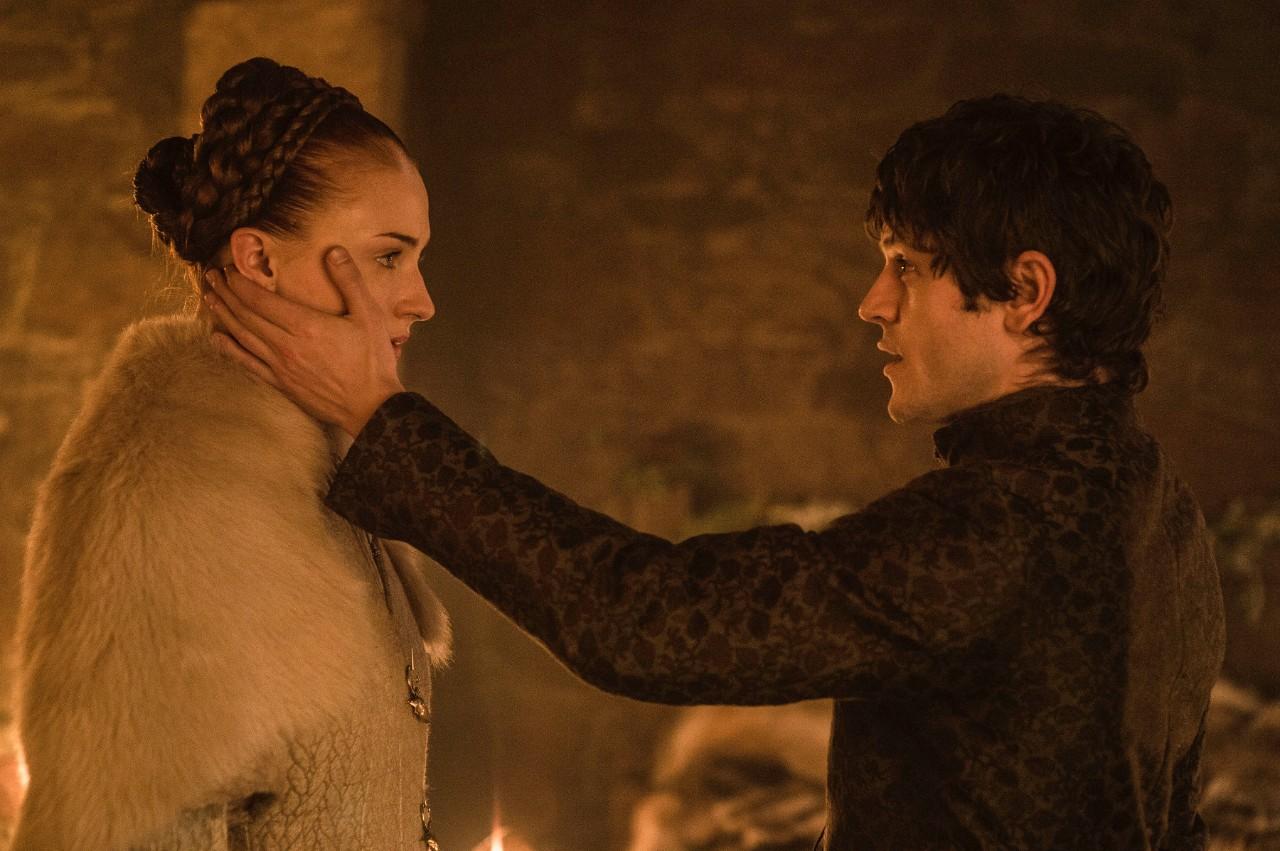 He even reveals preparation for some of the more horrific scenes (like the one last season with Sansa) stay with him in his nightmares:

I had sleepless nights preparing for that. It’s a horrible place you have to go. It’s our job as actors to portray the world that our characters live in, truthfully. We had to be professional and just get on with the job and trust the director. It wasn’t going to be sexualised or trivialised like it could have been. The build-up was horrific, but Sophie [Sansa] dealt with it brilliantly.

In a new interview with Express, Chapman reveals he didn’t expect those scenes but says they were actually rather easy and even comfortable to film:

It’s not awkward, it might look awkward on screen because of the age difference but it’s pretend, it’s all pretend. We’re actors, Natalie’s a lovely person, she made me feel unbelievably comfortable. Hopefully she was comfortable with me. But the sex scene and stuff, it all ran smoothly. It’s all planned, we talk about it, it’s a normal day.

When asked what the most shocking scene was to film Chapman reminisces:

There’s a lot in season six which I can’t tell you about, I wish I could. But for Tommen, I would say the sex scene.

For more on the controversy regarding the age difference of Tommen and Margaery, getting noticed in public, and what he thinks Tommen should do, head on over to Express!

More cast members play a rousing game of “Who Should Die” in the video below from The Globe and Mail:

Lastly, we have a look at the enormous chocolate dragon egg from Event Magazine (UK): 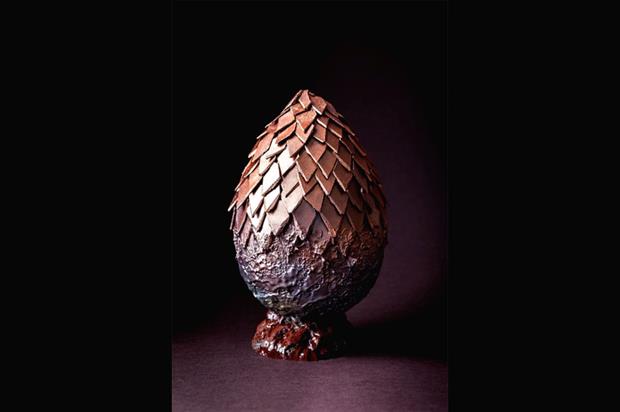 The egg was designed by chocolatier Melt. The entire creation is made of chocolate weighing 15kg and stands at 55cm tall. It took more than 25 hours to create.

The egg is HBO’s way to celebrate the fifth season of Game of Thrones arriving on Blu-Ray and DVD! It will also be on display in London’s Selfridges for fans. For more information, head on over to Event Magazine!