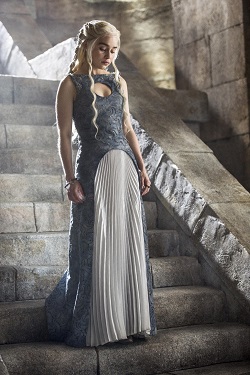 Filming is underway in Split for Game of Thrones season 5, with the Croatian city representing various parts of Meereen, Braavos and more.

Two of our sources have provided us with information concerning different characters’ plot arcs, all taking place in Essos.

WARNING: As this post is spoiler-ridden, the important information is below the cut.

One of our sources has given us detailed information on one of Daenerys’ season 5 scenes.

The scene takes place on Dany’s terrace in Meereen, and involves her sentencing a slave to death (in Meereenese) before an audience of both masters and slaves. Daario performs the execution, after which chaos erupts. Both parties shout and clash, with only the Unsullied to protect Daenerys and escort her away from the conflict. The scene is apparently lengthy, and will take place in the fourth episode.

Here are some behind the scenes images of the shoot. 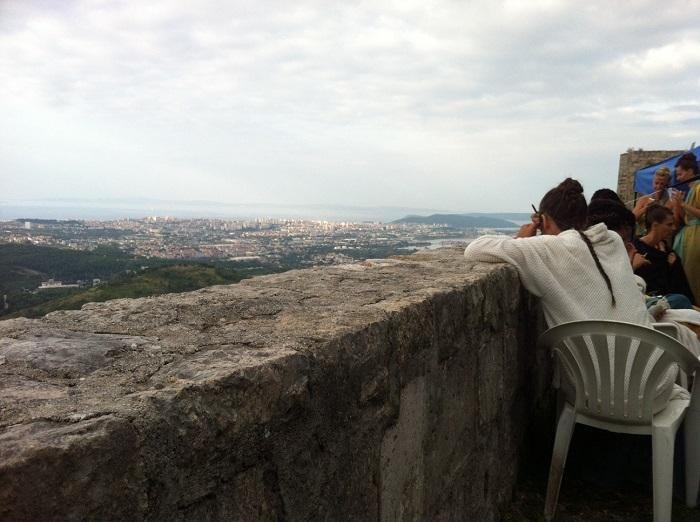 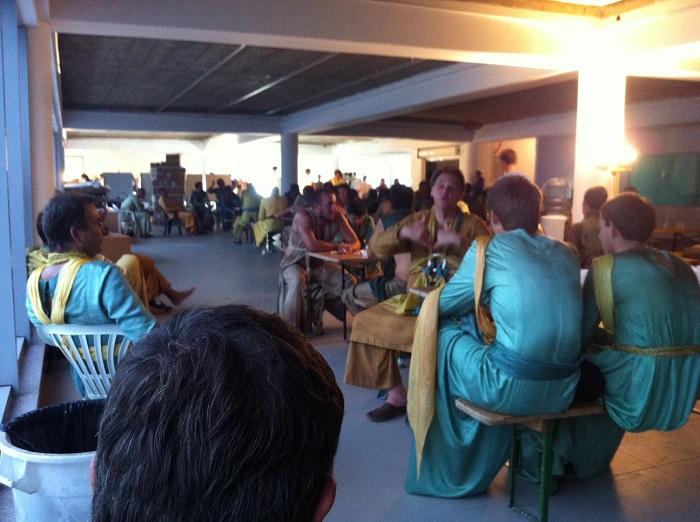 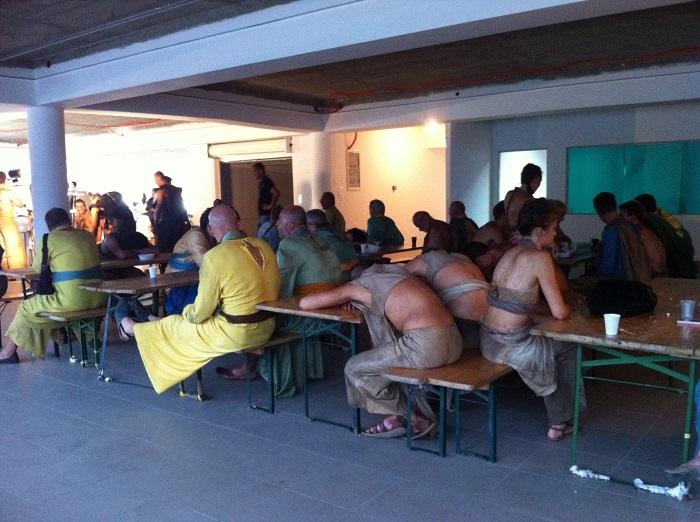 Another source has outlined a recent casting call for us.

The character in question is Luther, a powerful, big-bellied head slaver with a penchant for cruelty. Described as a charismatic, extremely dangerous man, he decides the fate of two characters who have been sold into slavery.

The actor will shoot for two weeks in Belfast and Croatia, with filming of his scenes beginning on September 19th. 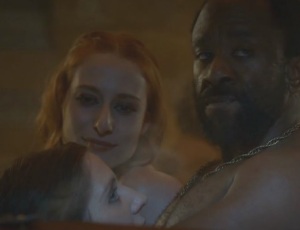 Lastly, we have a surprising return for season 5. In season 4, a beautiful redhead named Lhara accompanied Salladhor Saan in the Braavos bathhouse, during Davos’ visit with the pirate. According to actress Sarine Sofair‘s CV, she will be appearing in season 5, and her Twitter does include recent mentions of Croatia as well.

Since Braavos is a city of courtesans as well as bankers and sailors, it makes sense they might want to include a familiar face in that area, with the show spending extensive time in Braavos this year.

Cian: Thanks to our reader Greenjones for the Sofair tip! Luther sounds like Yezzan in all but name… which is strange, since he has already been cast. Speaking of Yezzan, Enzo Cilenti begins his first day of shooting as the character today in Belfast.

Celebrating the eve of my first day on #GameOfThronesSeason5 with dinner at the fabulous @oxbelfast Wish neither would end.