Filming in Spain continues uninterrupted, along the coast of the Basque Country, moving from Muriola Beach in Barrika to the beautiful islet of Gaztelugatxe. Despite the tight security measures, the local press has taken some revealing photographs of what’s going on in there. Those closely following spoilers in the last few weeks will not be incredibly surprised, yet it is still shocking to witness these characters colliding. Undoubtedly, the main star of this scene is Kit Harington —Jon Snow. But he is not alone!

Before we get to the juicy stuff, from EiTB we get the comparatively innocuous sight of the cast and crew enjoying some Basque cuisine. Showrunnes and writers David Benioff and D.B. Weiss were accompanied by some of their talent in Bilbao’s Mina restaurant: Liam Cunningham (Davos Seaworth), Kit Harington (Jon Snow), Peter Dinklage (Tyrion Lannister) and someone else who would be quite a surprise if we hadn’t learnt about it already —Joe Dempsie, who plays Gendry, returning to the show after a long absence.

Now, off to the real deal, which yet again comes to us by the grace of EL CORREO, who apparently employ the stealethiest reporters and best zoom equipment around, because what they got here was even more impressive than the Muriola reports. At first glance the pictures are not that revealing, which is why one of them appears above with no spoiler alert: Jon Snow, dressed much more fancily than we have ever previously seen him, walking down the path with his foremost consigliere, Ser Davos Seaworth. 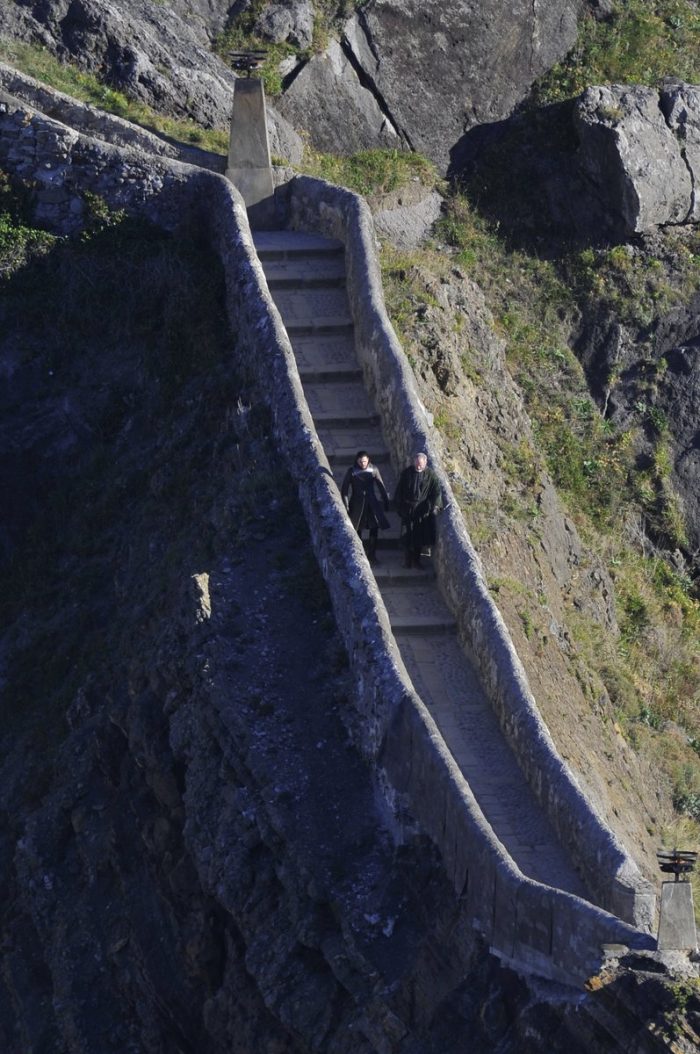 Their surroundings may be a dead giveaway of what is strange with this picture —It does not look like the North. And that is because it is not. The other pictures show us Missandei, played by Nathalie Emmanuel, along with Unsullied and Dothraki: 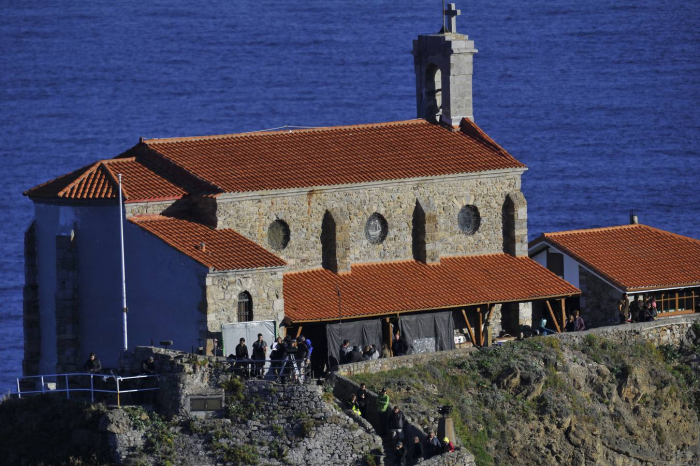 UPDATED (1): 02miri93 sends us another photo, this one from Gaztelugatxe itself, showing two Dothraki warriors armed with their characteristic arakhs: 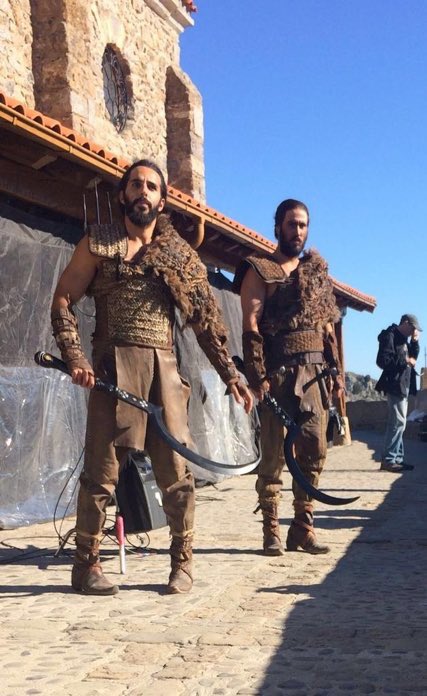 UPDATED (2): EL CORREO brings us new and much crisper pictures from this morning, including the new one at the top and this nicely framed photograph of Jon and Davos talking while two Dothraki guard them. It is the perfect visual representation of the two worlds colliding, and isn’t it such a strange, beautiful sight? 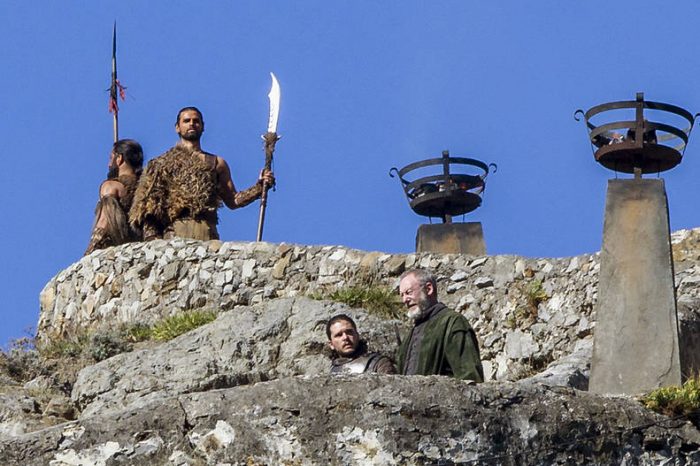 We also get a much better look at Missandei, who is wearing a new outfit that mimics her Queen’s darker style from last season’s finale. And she looks absolutely stunning! 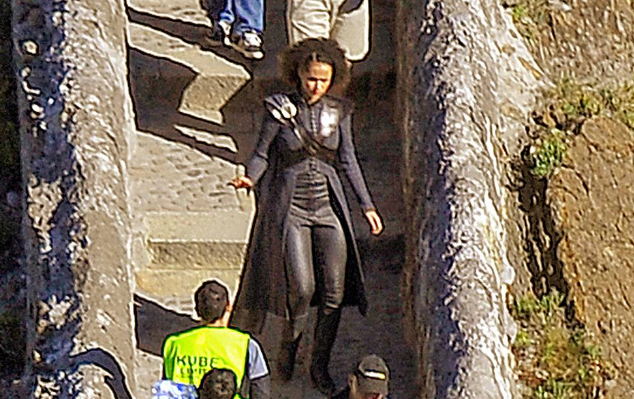 This confirms the rumor that Jon will travel south with his companions, probably to Dragonstone. Emilia Clarke was nowhere to be seen, much to the frustration of everyone who just wants to see Queen Daenerys in a red and black dress already, yet it is now difficult to imagine that the two monarchs will not meet in season seven. Hopefully, when filming moves to Zumaia’s Itzurun Beach on Monday, we will get a glimpse of the historic meeting between Daenerys Stormborn and Jon Snow.

UPDATED: Los Siete Reinos brings us a few more details from yesterday’s filming, which involved Tyrion, Davos and Gendry escaping two Gold Cloaks. Apparently, Davos does not attempt to bribe them with gold but with crabs that the smuggler promises are “aphrodisiac”. Of course he does. And of course it does not work, so Gendry has to whack them with his new warhammer, which we now know is marked by the House Baratheon stag sigil. If there was any doubt that Gendry had forged it himself, there is not anymore. Furthermore, Los Siete Reinos has learnt this episode is the fifth of the season, a few before the finale, and it is directed by Matt Shakman.