Jacob Anderson says fans will be "conflicted" about Grey Worm's conclusion and the European premiere gets a date | Watchers on the Wall | A Game of Thrones Community for Breaking News, Casting, and Commentary 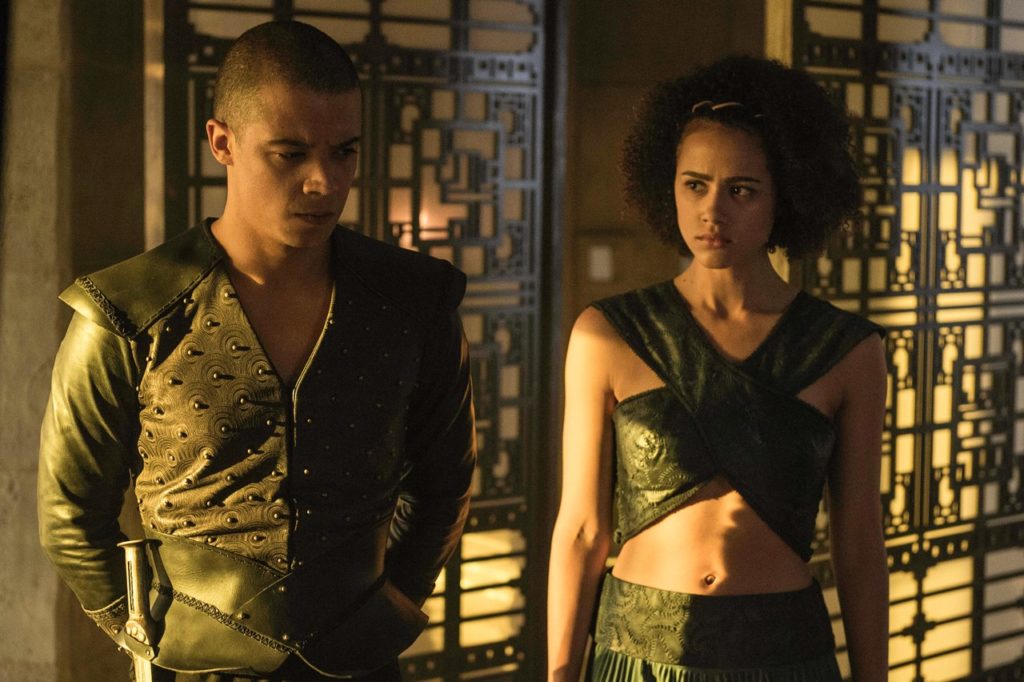 If you were getting your hopes up for a conventionally happy ending for Grey Worm and Missandei (first of all, what show have you been watching?) you might want to tweak your expectations before season 8 premieres on April 14.

Jacob Anderson said recently that fans are likely to feel “very conflicted” about Grey Worm’s story in season 8. What that could possibly mean is up for speculation.

In other news, the first details about the European premiere for season 8 have been released.

In a red carpet interview with Insider, Jacob Anderson admitted that predicting the fan reaction to characters’ fates is a “very difficult question to answer.” However, he went on:

“Grey Worm goes on a journey this year,” he said. “He’s in unknown territory, and I think people are going to feel very conflicted about every character in this season. And Grey Worm is no exception. That’s what I’ll say.”

Anderson went on to discuss the reportedly grueling ordeal of filming the battle for Winterfell.

“The whole [experience] of this season has been super bittersweet,” he said, using the magic b-word. “It’s been amazing, but it’s also been slightly miserable. There were moments when you’re freezing cold, you’ve got this weird chemical fake snow in your face, and there’s real snow, and you’re wearing armor and trying to fight in all this shitty weather, but then occasionally you look around and you’re like ‘Look how amazing this is.'”

“There was one point where I honestly couldn’t see any technical equipment and I was like, ‘I’m just here. This is real. It was completely immersive — the full set with mist and snow and all these extras fighting and running past. You couldn’t see any of the crew, so you just felt like you were really in ‘Game of Thrones.'”

Anderson’s comments about Grey Worm’s fate remind me of Vladimir Furdik‘s promise of another “Come at me, bro” moment in season 8 which many fans (myself included) have interpreted to mean that those killed at the battle of Winterfell will be reanimated before the horrified eyes of their loved ones. Will we be subjected to a zombified Grey Worm? A … Wight Worm? We’ll have to wait and see.

In less disturbing news, we’ve received the first details of Game of Thrones‘ European premiere. According to RTE, the premiere will be held in Belfast on April 12, a fitting place for the cast and crew to say goodbye to the show.