'House of the Dragon' pauses UK filming due to positive COVID-19 case | Watchers on the Wall | A Game of Thrones Community for Breaking News, Casting, and Commentary 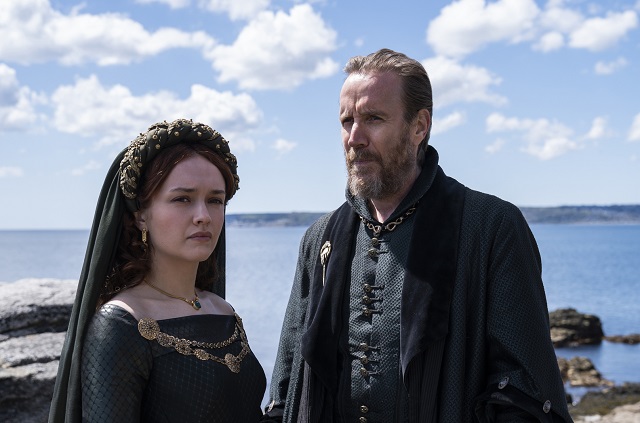 It’s certainly not ideal, but as the world is still in the grip of a pandemic, it’s not entirely surprising that there has been a report of a positive COVID-19 case on the UK set of the Game of Thrones spinoff House of the Dragon.

First reported by Deadline and confirmed by Variety, a production member on the series tested positive for COVID-19 and is in isolation. The case was discovered as part of industry guidelines that mandate frequent testing, among other rules. Production will reportedly resume on Wednesday after a two-day pause.

There is no word yet if this will affect the timetable for the upcoming shooting in Spain and Portugal. Follow Watchers for any and all updates that we receive!

**This post has been updated to identify Rhys Ifans as Otto Hightower in the photo. He was incorrectly named as Paddy Considine, who will play Viserys I. Samantha apologizes for the error, as she was distracted by a cranky toddler when she wrote up this story.