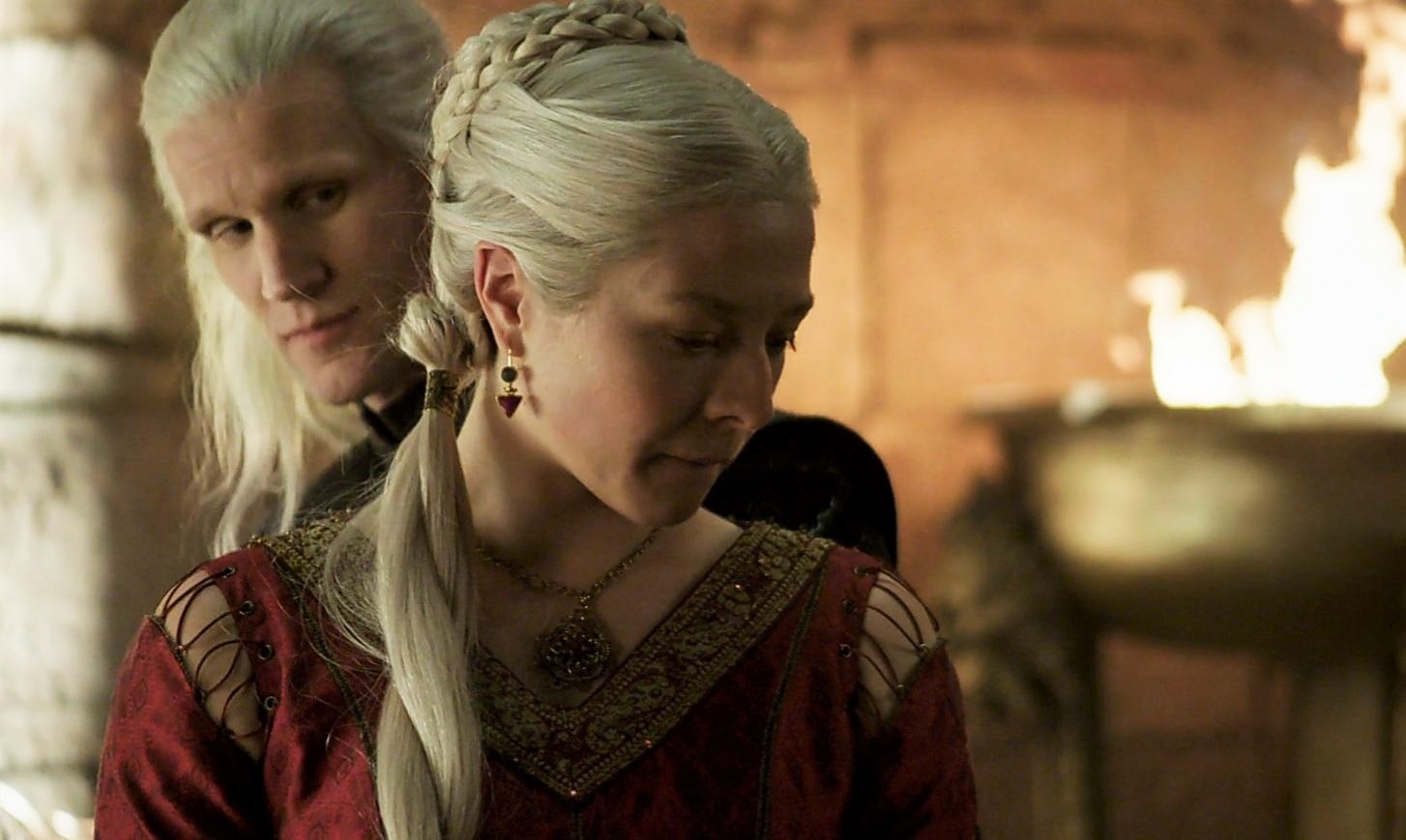 We’re in House of the Dragon premiere week already and you can tell! HBO has released five new videos, each of them focusing on one of the show’s main players, with their actors explaining what they’re all about: Emma D’Arcy as the older Princess Rhaenyra; Matt Smith as Prince Daemon; Paddy Considine as King Viserys I; Sonoya Mizuno as Mysaria; and Fabien Frankel as Ser Criston Cole.

As well as the actors providing us with insight into their characters, these videos feature a ton of never-before-seen footage. Especially Mysaria: this is the most from Sonoya Mizuno we’ve heard and the most we’ve seen of her character, by far!

With no dedicated videos for Lady Alicent, Ser Otto, Lord Corlys, or Lady Rhaenys, almost half of the starring cast is conspicuously absent, so it’s fair to assume four more videos are coming after this first batch… well, four or more! Personally, I hope it’s at least five and that way we can get an entire video of Graham McTavish introducing Ser Harrold of the Kingsguard! I love hearing that man talk.