Game of Thrones Season 6 Premiere "The Red Woman" Recap Round-Up | Watchers on the Wall | A Game of Thrones Community for Breaking News, Casting, and Commentary 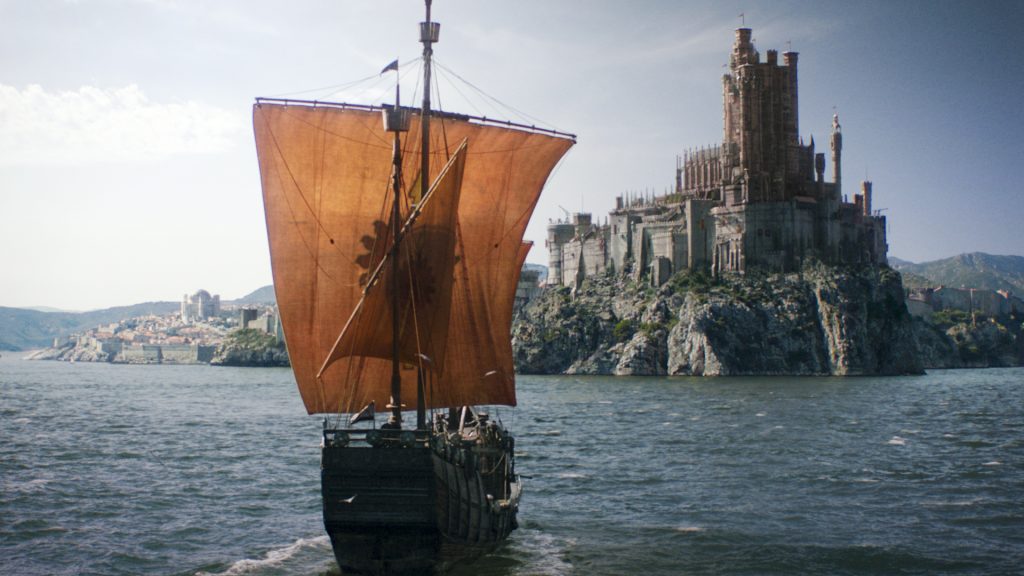 Welcome back, all ye who watch this Wall with us, to the written review recap round-up! Its been quite a while since our last episode so let’s get right to it! The highly anticipated premiere packed more than a few big moments in Winterfell, Dorne, and at The Wall, and we finally found out what that “astonishing” scene was that Carice van Houten (Melisandre) was teasing.

As always, be sure to read Watchers’ own brilliant reviews: Sue’s Sullied and Oz’s Unsullied and stick around to discuss the episode in the comment section.

We also have some new reviewers this season so be sure to check them out as well. (New reviewers will be labeled with an asterisk.)

Given how this season blends elements both within George R.R. Martin’s series and without, its become harder to determine which reviewers are Sullied or Unsullied. Be cautious of book spoilers when reading some reviews.

Alyssa Rosenberg, The Washington Post (Sullied) – Rosenberg opens with my personal favorite quote of the episode (“I want to see what the world looks like when she’s done conquering it” – Daario Naharis) and reviews the actions each character made in “The Red Woman.”

Sean T. Collins, The Rolling Stone – Collin’s comments on Melisandre’s reveal in contrast to what some audience members predicted it would be and, of course, opens the discussion “what will become of Jon Snow?”

Charlie Jane Anders, io9 – Anders rightfully gushes over Brienne the Badass and the femme fatale-packed episode in her gif-full review.

Brian Moylan, The Guardian (Unsullied) – “Forget Jon Snow – we need to talk about Melisandre” the title boldly exclaims. While many were expecting a different ‘big’ moment for The Red Woman, Moylan breaks down that final moment and many more in his premiere review.

Sarah Hughes, The Guardian (Sullied) – With her book knowledge at the ready, Hughes references Monty Python, talks “dead” Jon Snow, and that big reveal in the end.

Neil Miller, Film School Rejects – Miller comments on the big moments in Dorne, the episode’s excellent pacing, and of course, The Red Woman. He also has a few predictions for the season, some of which have already come true.

*Daniel D’Addario, Time – D’Addario reflects on the many questions still to be answered over the season and those answered this episode.

David Crow, Den of Geek – Crow revels in the set up of the premiere and teases his thoughts for what’s next.

Scott Meslow, The Week – Meslow speculates the fate of Jon Snow after the premiere.

*Angela Watercutter, Wired – Watercutter took a particularly interesting route this recap. She broke down the series premiere by way of a death pool. Be sure to check this one out to see your favorite character’s odds of surviving the season!

Alan Sepinwall, Hitfix – A particular quote by Khal Moro, Sepinwall notes, is also applicable to the end reveal of the episode (“Seeing a beautiful woman naked for the first time, what is better than that?” -Khal Moro) which sparks some interesting insight at Hitfix.

*Brandon Norwalk, A.V. Club (Unsullied) – Norwalk jokes the world of Westeros spins on though the fate of Jon Snow is yet to be revealed as he thoroughly analyzes the premiere episode.

*David Malitz, The Washington Post -Malitz is also among the many who expected Jon’s fate to be revealed during the premiere. Though, as HBO would have it, is was revealed.

*Sonia Saraiya, Salon – Saraiya breaks down the ‘saggy’ jokes being made about Melisandre’s reveal and how it compares to what viewers were expecting to see in those final minutes of the episode.

Notably missing is a review from Andy Greenwald of Grantland but fret not! He’s now co-hosting the Game of Thrones after show: After the Thrones exclusively streaming on HBO.

Our video recap round-up, featuring the best video reviews, will be shared later in the week.

Still itching to get those Game of Thrones feels out? Be sure to stop by our open chat to relish in the Season 6 premiere with your fellow fans and also enter our Weekend Giveaway to deck yourself out with some Watchers swag!