Game of Thrones lands 2 WGA nominations and is among the best of 2014 | Watchers on the Wall | A Game of Thrones Community for Breaking News, Casting, and Commentary 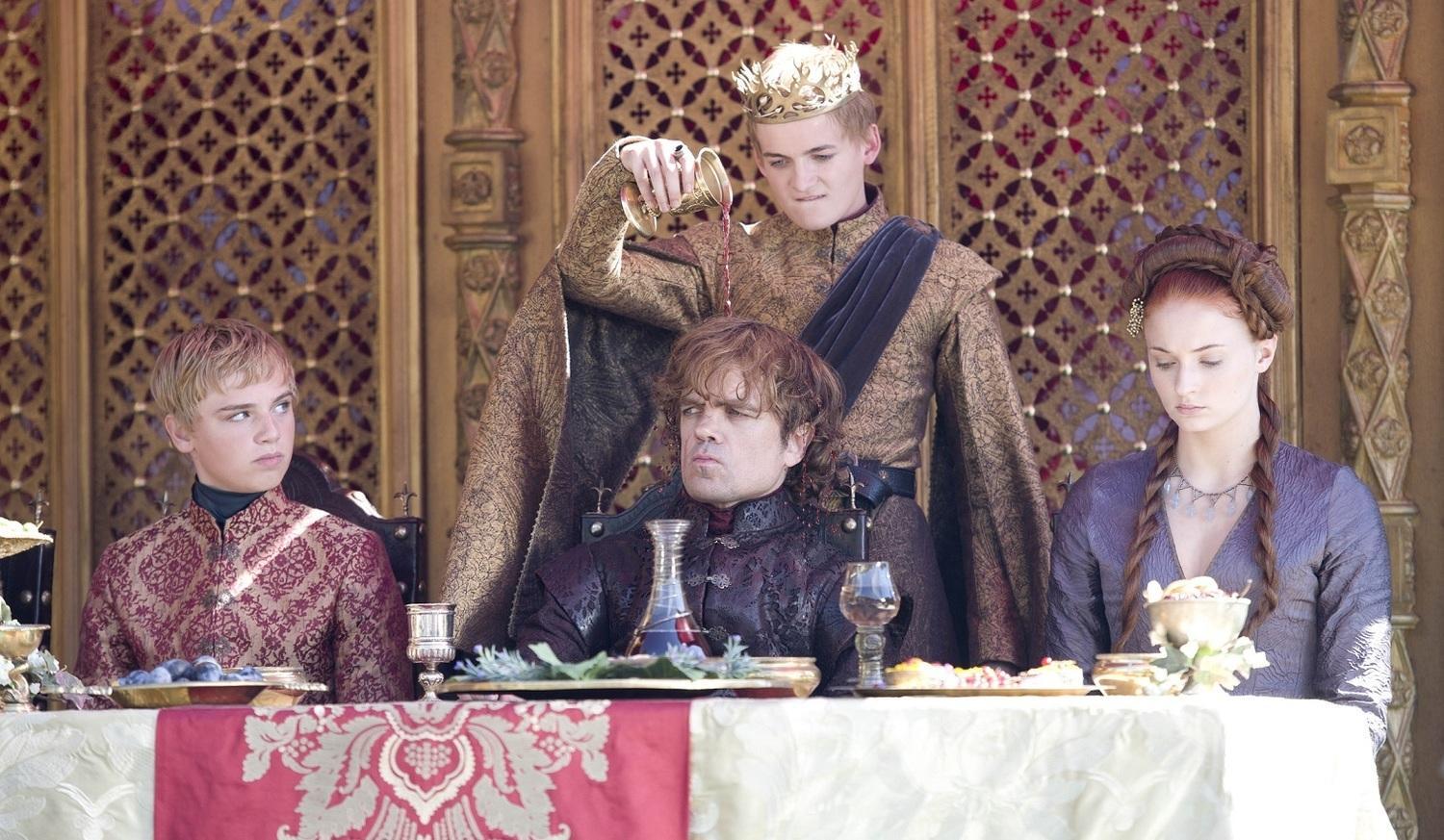 The 2015 Writers Guild Awards nominees have been announced and season 4 of Game of Thrones has been recognized by the guild in two categories.

The show is up for an award in the Drama Series category with show writers David Benioff, Bryan Cogman, George R.R. Martin, and D.B. Weiss sharing the nomination. GoT will face tough competition from the writing teams of The Good Wife,  House of Cards, Mad Men and True Detective.

Additionally, the season 4 episode “The Lion and The Rose,” written by George R.R. Martin, is up for the Episodic Drama award. Episodes from Mad Men, Boardwalk Empire, Rectify, and The Good Wife round out the category.

It’s near the end of the year, when Game of Thrones usually pops up on Best-of lists…and it’s begun.

Time magazine also recognized “The Lion and the Rose,” ranking the Purple Wedding episode at number 5 in their Top 10 TV Episodes of 2014 list. James Poniewozik comments:

It’s tempting to think of Game of Thrones in terms of events rather than episodes: The One Where That Guy Gets His Head Smashed, The One With the Red Wedding, and so on. But this–The One Where Joffrey Dies–was great less for the shocker ending than for how, during one of the most awkward royal wedding receptions ever, it laid out the alliances and subterfuges among the attending guests and suggested the horrors of an ascendant Lannister family, all before poor Joff had one cup of wine too many and the game, as well as the throne, changed once again.

And one last bit of acclaim for Game of Thrones today: Paste Magazine has included the show in their piece on the 20 Best TV Shows of 2014.

Ranking at number 6 on the list, the show is described as “a cast of fatherless heroes and anti-heroes that Shakespeare himself would have cherished. There has never been a series quite like Game of Thrones, and its ending is, marvelously, a long way off.”