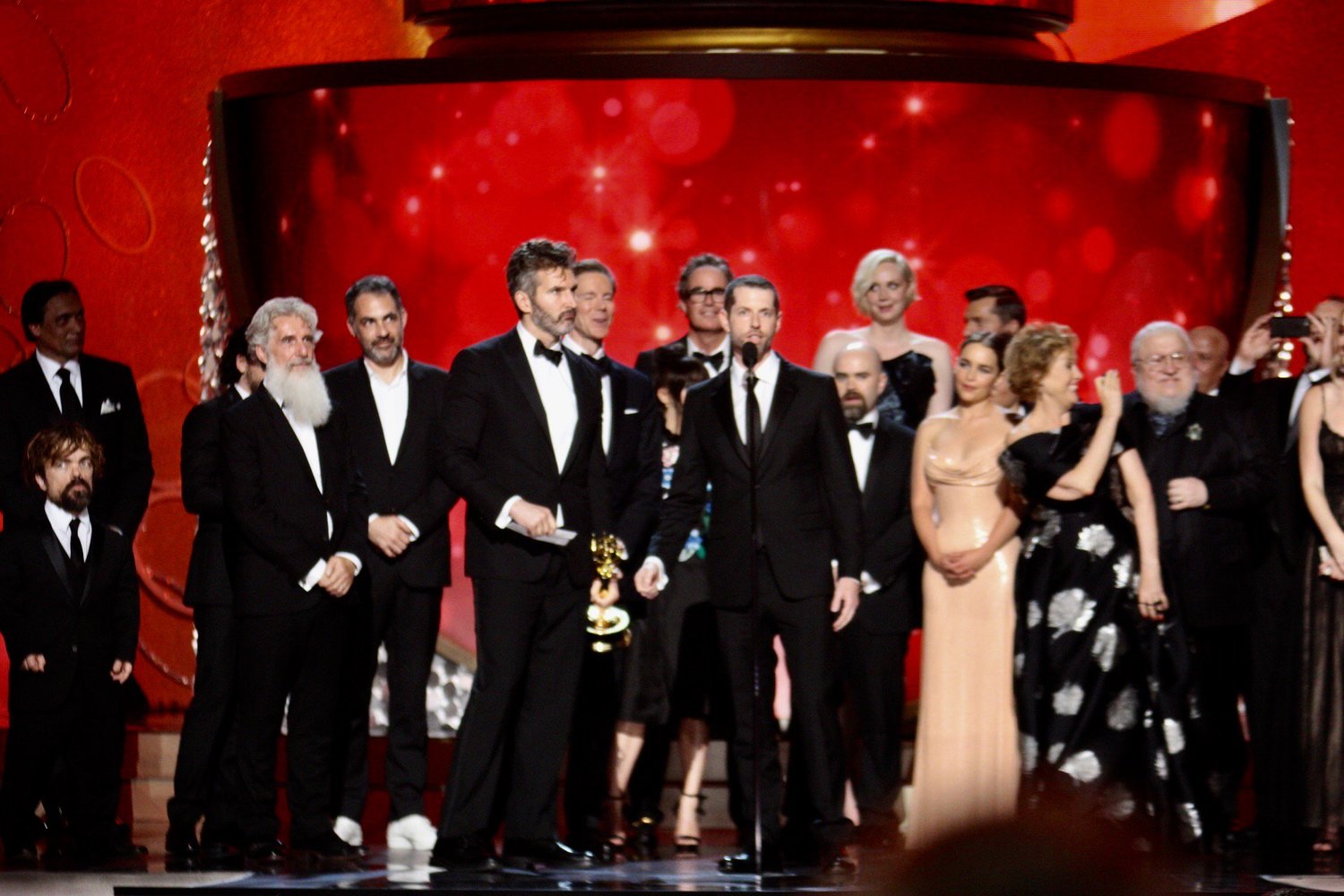 The show has ended and the dust has settled: the 68th Primetime Emmys have come to a close. It was a fantastic night for Game of Thrones, with the show wining three awards in major categories, including Outstanding Drama Series!

With the NINE Emmys from the Creative Arts ceremony last week, plus tonight’s three wins, that brings Game of Thrones to twelve, matching last year’s record total. It also brings the show’s total Emmys to 38- meaning Game of Thrones is now the primetime show with the most Emmys ever! Not bad for a nerdy fantasy show!

In addition to GoT winning the biggest prize of the night, Miguel Sapochnik took home the award for Outstanding Directing for a Drama Series for his work on the epic “Battle of the Bastards.” The other nominees in contention for the director’s award were Downton Abbey, Homeland, Ray Donovan, The Knick- and another episode of Game of Thrones, “The Door” directed by Jack Bender.

Showrunners David Benioff & D.B. Weiss won the prize for Outstanding Writing for a Drama Series, also for the episode “Battle of the Bastards. They won against stiff competition from Downton Abbey, The Americans, Mr. Robot, The Good Wife, and UnREAL.

Game of Thrones accepted the Outstanding Drama Series award, the last category of the evening, with Benioff and Weiss representing the show. They gave emotional thanks to people from the crew and their loved ones, and gave a big shout-out to Belfast, the show’s home base in Northern Ireland.

Unfortunately, GoT didn’t win any awards in acting categories this evening, with Maggie Smith of Downton Abbey and Ben Mendelsohn of Bloodline winning in the Drama Supporting categories.

Kit Harington may not have won his category but he turned up onstage anyway, presenting an award with comedian Andy Samberg. We also saw a GoT presence in the opening monologue with host Jimmy Kimmel “arriving” at the Emmys via dragon.

What a night! It would have been great to see the GoT actors win but Game of Thrones has been well rewarded and surpassed anything we could have dreamed of as fans, back when the show began. Congratulations to the cast and crew of Game of Thrones- we’re so proud of you!