Game of Thrones Announces April 2019 for Season 8 Premiere with #ForTheThrone Campaign! | Watchers on the Wall | A Game of Thrones Community for Breaking News, Casting, and Commentary 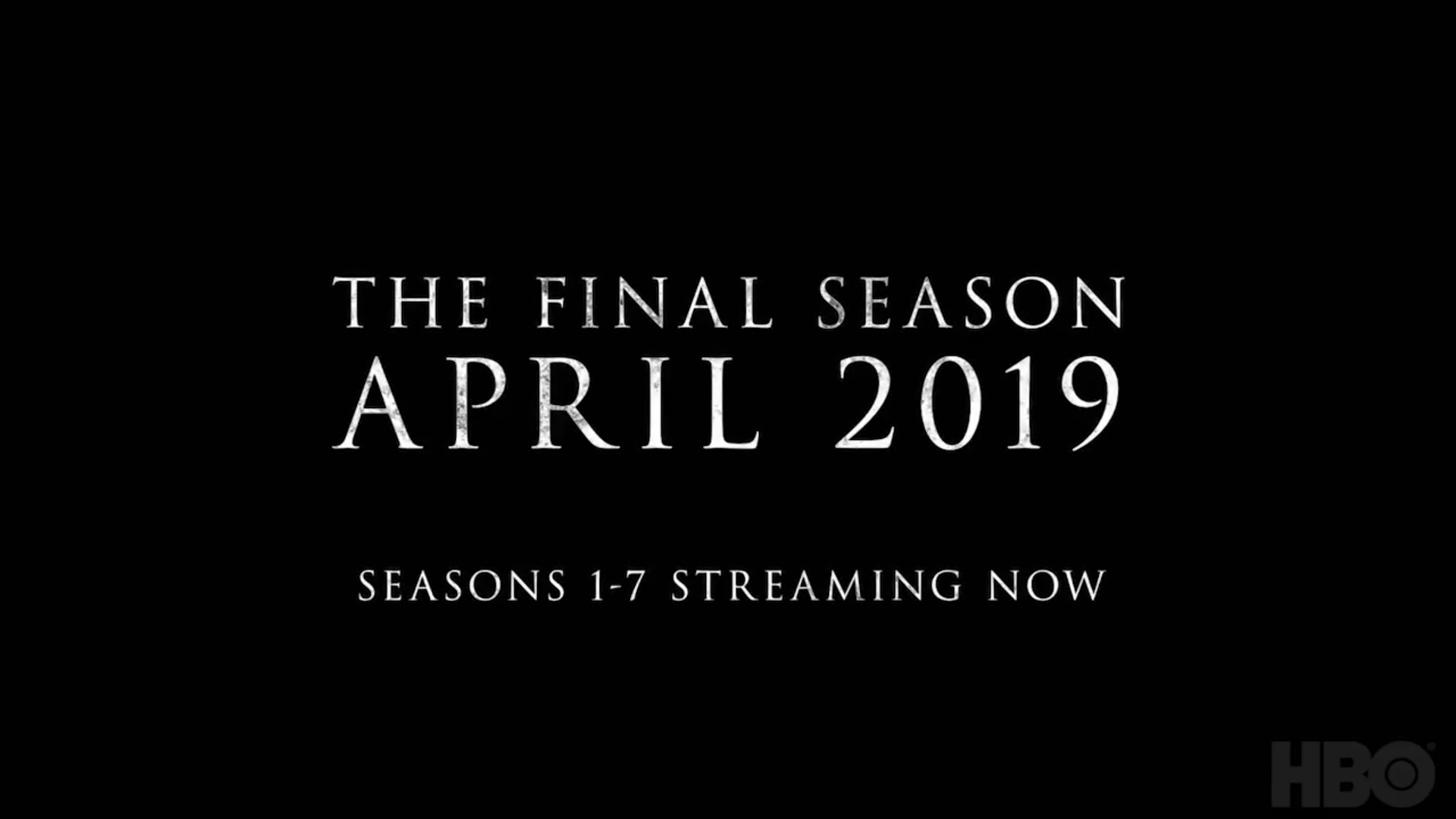 Rumors have been floating around for over a year about the air date of the final season of Game of Thrones, and HBO today finally confirmed, with the launch of #ForTheThrone, that the last season will debut in April 2019!

And what is #ForTheThrone? According to HBO, it’s a “multi-phased, global marketing campaign that will unfold over the months leading into the final season.”  The campaign will highlight the characters’ journeys throughout the seasons, with new videos dropping today.

Along with the videos, we can look forward to “complementary character posters shared on Game of Thrones social media profiles, that highlight what major characters have done #ForTheThrone. Twitter has also designed a custom emoji to celebrate the final season. Fans can Tweet with #GameofThrones, #GoTS8, #GoT, #ForTheThrone, or #PorElTrono to unlock the emoji.”

Game of Thrones will also be taking over New York City’s Grand Central Station beginning on November 27th, with over 150 variations of the #ForTheThrone creative notions and a limited edition run of 250,000 MetroCards.

It’s no trailer, but I like it! Keep clicking on those videos- there’s more to see, the fun has only just begun, and the end is coming!