Game of Laughs | Watchers on the Wall | A Game of Thrones Community for Breaking News, Casting, and Commentary 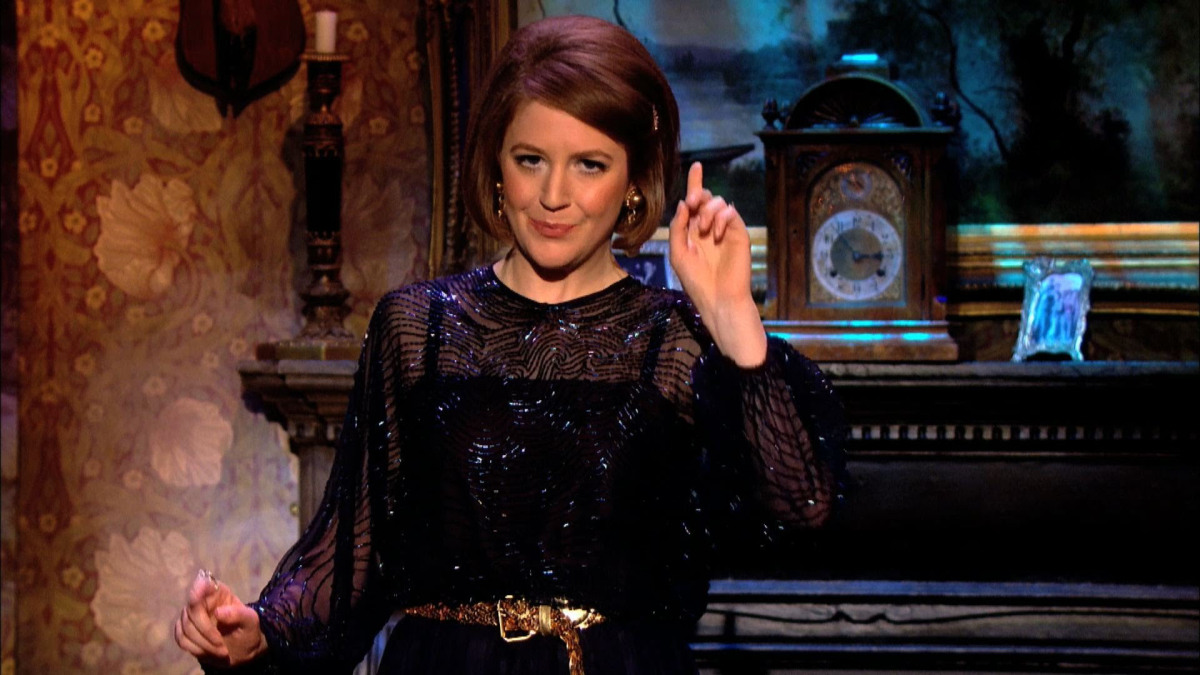 Gemma Whelan, is that you??

A battle-hardened Unsullied soldier critiques rap lyrics. A fierce Ironborn captain gets behind the mic for some standup comedy. The Stark siblings play a game you probably haven’t thought of since junior high. And Samwell Tarly joins in on Dungeons & Dragons. There’s not much levity to go around in the world of Westeros, but when there is, it’s worth watching.

Break it down, Grey Worm

Some “Thrones” fans may know that British actor Jacob Anderson, who plays the disciplined Unsullied leader Grey Worm, has interests beyond acting. It’s hard to imagine the normally stone-faced soldier doing…well, anything but being stone-faced, but he initially moved to London to pursue a music career and has been performing as singer/songwriter Raleigh Ritchie since 2013. His debut album, You’re a Man Now, Boy (is there a eunuch joke in there somewhere?) was released in 2016 to very positive reviews.

However, it was Anderson’s trademark charm and humor that he brought — along with his keen ear for music — to a video session with Vanity Fair, in which he watched clips of “Thrones”-parody rap videos and weighed in on their lyrics.

Anderson’s reactions ranged from favorable — “Rhyming Greyjoy with slaveboy was pretty lit” — to impressed — his pick for the best of bunch was an artist named Superwoman, whose single he thought was “ready to drop” — to disbelief that Black Thought, of The Roots (one of his favorite groups) was “rapping about a show that I’m on.”

Unless we’re considering Euron’s maniacal grin, “funny” is not a word you’d associate with the stoic House Greyjoy — if we’re being honest, probably none of us thought Yara knew how to smile until she was swigging ale and making moves in a Volantine brothel.

Color us surprised, though: actress Gemma Whelan, who plays the Ironborn fighter, got her start in comedic roles and standup comedy, and still enjoys performing as Chastity Butterworth — an aristocrat from posh “Butterworth Hall” with little to no filter and a wealth of one-liners. Whelan recently recorded a pilot for “The Chastity Butterworth Show,” a chat show for BBC Radio 4, in which she interviews people in character. Her guest? Charles Dance, aka Tywin Lannister.

In this clip from 2014, Whelan performs as Chastity Butterworth, talking about a sensitive problem we’ve all experienced:

Not to give anything away if you don’t have time to watch (although I highly recommend you do), but never in a million years did I expect to see Yara Greyjoy using toilet humor to great comedic effect.

So there IS humor in the North

The remaining Stark siblings have had some pretty bleak times in recent seasons, and even the immediate future looks uncertain as far as happy-go-lucky family reunions go (looking at you, Bran). To lighten the mood, Arya (Maisy Williams), Sansa (Sophie Turner), Jon Snow (Kit Harington) and Bran (Isaac Hempstead Wright) took turns in a game that none of have seen much of since our teen years: Would You Rather?

The clip from Entertainment Weekly shows the four actors answering questions ranging from matters of love (“Would you rather kiss Walder Frey or hug a man with greyscale?”) to politics (“Would you rather have Cersei or Dany as your enemy?”) and everything in between. Some of the answers are what you would think, but there’s a few surprises to be had.

Honest question: If Dungeons & Dragons existed in Westeros, can’t you just see Samwell Tarly — a brilliant lad with a mind for strategy and planning — playing it at Horn Hill? The grim Lord Randall would chalk it up to yet another reason why Sam is a disappointment, growling about imaginary worlds and escaping into fantasy.

Fortunately, actor John Bradley was miles away from Westeros when he sat down play “CelebriD&D” in this clip from Nerdist.

The clip isn’t as much comical as it is — well, just a few people playing Dungeons & Dragons, but John Bradley gets in a few funny lines, especially at the beginning when he introduces himself and the gnome character he’s chosen: “I’m gray and I know it.” Is it a wink and a nod to his curing of Jorah’s greyscale in episode 3?