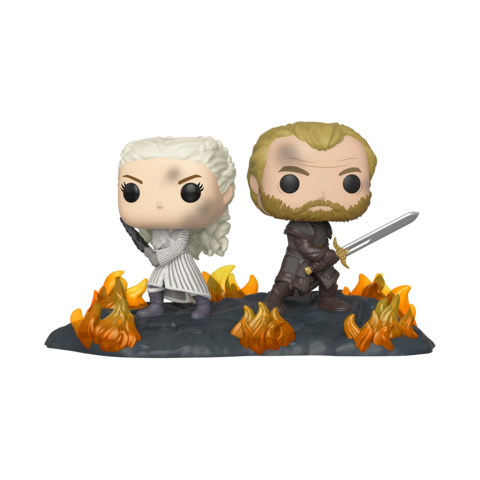 Ah, Game of Thrones, the series that keeps on giving — if not in episodes anymore then at least in Twitter arguments, fan fiction, and new collectibles. Funko, makers of the big-headed figures that turn any fictional character into an adorable addition to your bookshelf, are happy to oblige with the latter!

Funko announced today that they will be releasing two new Pop! vinyl figurines: one a “Pop! Moment,” which depicts Jorah and Daenerys wielding swords during the Battle of Winterfell (pictured above the cut), and the other an addition to their “Pop! Television: Game of Thrones” collection, a long-awaited Sansa figure (seriously, it’s been forever since we got a second one) featuring the Queen in the North in her royal raiment: 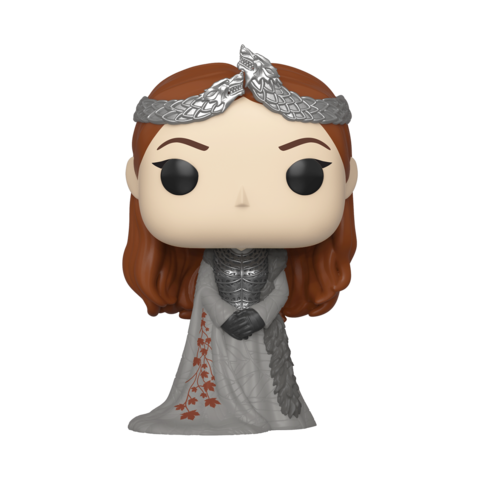 The details look wonderful on these, from the flames on the ground and smudged faces of Jorah and Dany to the minute details of Sansa’s intricate coronation gown. For those of us who swore we were done spending money on Thrones stuff or that we couldn’t possibly find room for more, well, we might have to rethink that.

No other information was released except to say that the two new additions to Funko’s lineup are “coming soon,” so keep your eyes peeled for more news about these!