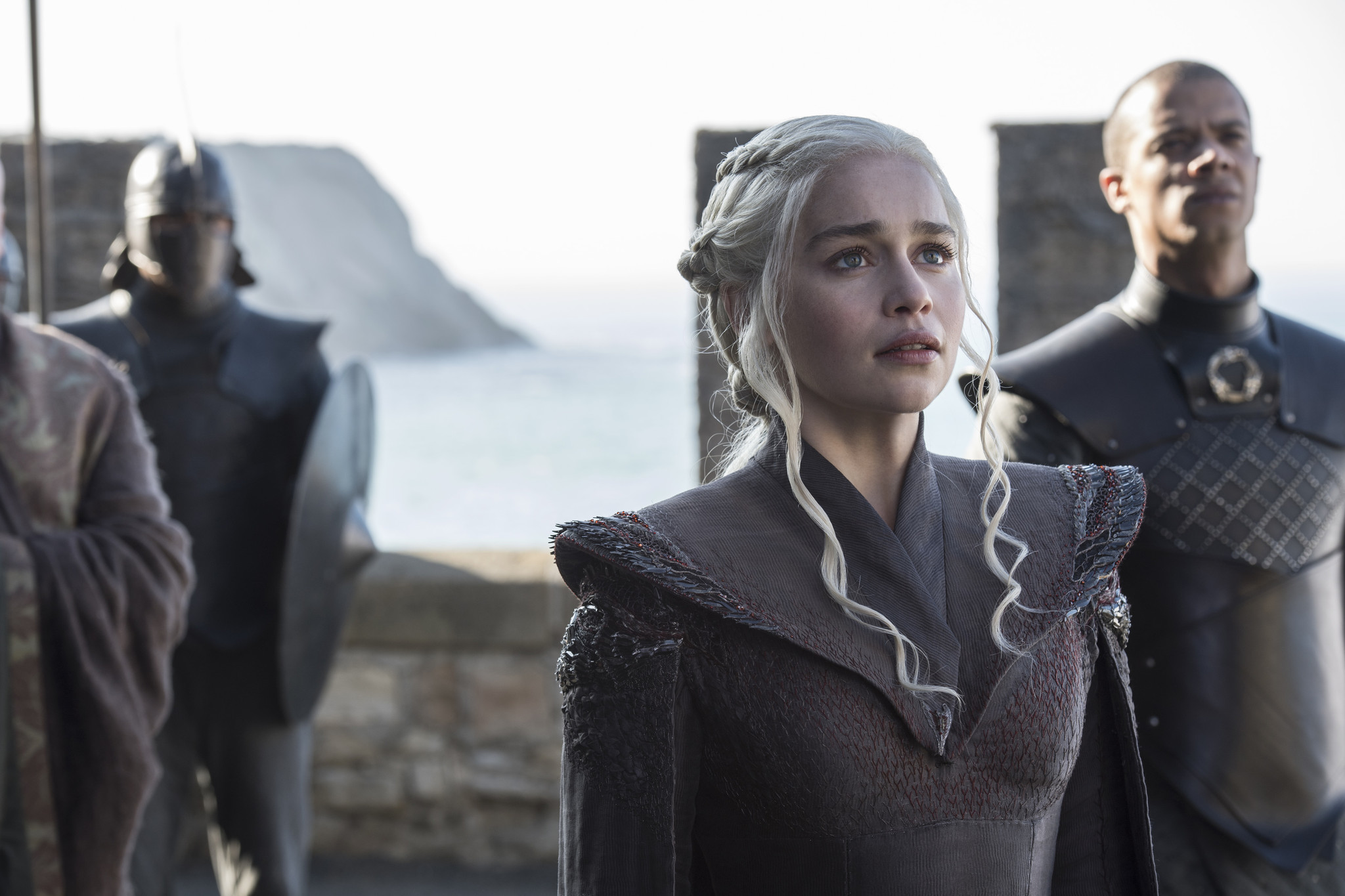 Emilia Clarke recently sat down with Alex Morris of Rolling Stone for an expansive interview that addressed politics and feminism… and how these topics inform her performance as Daenerys Targaryen.

It seems that for Emilia Clarke, her view of Daenerys and of the responsibilities that come with playing such an iconic character have developed has her worldview has shifted. In her interview with Rolling Stone, Clarke discussed her burgeoning awareness of sexism and of its prevalence in her own life, but she refuted that notion that her somewhat frequent nude scenes on Game of Thrones compromise her (or her character’s) status as gender equality advocates.

“It doesn’t stop me from being a feminist,” she said. “Like, guess what? Yes, I’ve got mascara on, and I also have a high IQ, so those two things can be one and the same.”

Similarly, life in the wake of Brexit and the election of Donald Trump has cast Daenerys – a woman who rose from human chattel to Khaleesi and abolitionist – in a much more relevant light for Clarke.

“Women have been great rulers [throughout history],” she said. “And then for that to be a character that I’m known to play? That’s so fucking lucky. Anyone who seems to think that it’s not needed need only look at the political environment we’re all living in to be like, ‘Oh, no, it’s needed. It is needed.’ ”

On a slightly lighter note, Clarke also chatted about season 7 and teased some exciting developments. “It’s a really interesting season in terms of some loose ends that have been tied, some really satisfying plot points,” she said. “Some things where you’re like, ‘Oh, my God. I forgot about that!'”

With season 7 only a few weeks away and the final season due to air in a year, the reality of a post-Khaleesi life is beginning to sink in for Clarke.

“It makes me emotional to think about,” she said. “It’s my beginning, middle and end- the single thing that has changed me most as an adult … There’s going to be a shake-up of my identity, I think. And I feel like I’m only going to understand what the last seven years has been when we stop.”

She also played Rolling Stone‘s Q&A game, The First Time, which offered some quirky insights into her personal life.