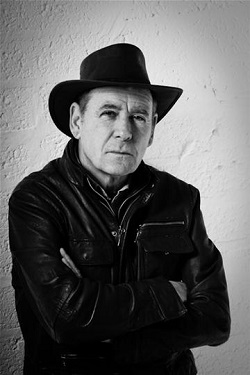 Belfast actor Derek Lord has been cast in Game of Thrones season 5.

The information became more publicly known today when the Greenock Telegraph published an article about the Northern Irish actor unfortunately breaking his wrist on set. The Telegraph also notes that Lord will be playing a “military officer”. However, his Spotlight CV has contained the news of his casting for a few months already.

Speculative spoilers below the cut.

Lord’s Spotlight CV was updated with the Game of Thrones information around the same time as the late J.J. Murphy‘s. We know that Murphy was cast as Denys Mallister of the Night’s Watch.

Adding this to the “military officer” information and the fact that Carice van Houten and (presumably) Kit Harington are currently filming in Belfast, it is not too much of a stretch to assume that Lord may be portraying another member of the Night’s Watch.

Note that this is all speculation, and Lord’s role may not amount to more than a featured extra.