Curtain Call: Alfie Allen | Watchers on the Wall | A Game of Thrones Community for Breaking News, Casting, and Commentary 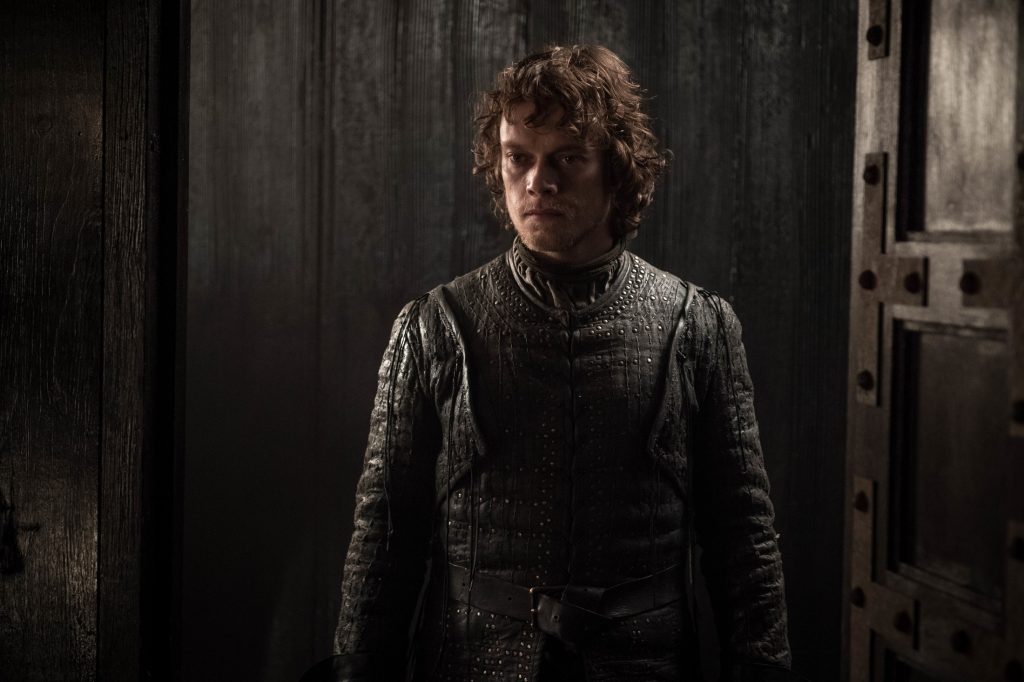 I remember reading Axechucker’s Curtain Call for Kristian Nairn back in 2016. “Every time I sat down to write this, it felt like a eulogy,” he wrote. “Like I was speaking words of praise and affection for someone who had passed away.” I thought, “That’s how it’ll feel when Theon dies.”

Theon was important to me, for reasons that I’ve addressed elsewhere and I’m forever grateful to Alfie Allen for playing such a difficult character with empathy and for making Theon the multifaceted, fallible antihero he was.

Reviewing Allen’s eight-season run on Game of Thrones, it’s truly gobsmacking (that’s right – gobsmacking) how fully he inhabited Theon in each phase of his development, from his time as Ned Stark’s overcompensating ward (“try smiling with your lips closed,” anyone?) to the needlessly cruel Prince of Winterfell, to the brainwashed lackey known as Reek and finally, to the brave, broken man who rescued Yara Greyjoy and sacrificed himself in the Godswood.

Allen effectively played three different characters and, in lieu of dialogue, often communicated a monologue’s worth of information in a single look.

Prior to Game of Thrones, Allen starred in the West End revival of Equus, taking over the role of Alan Strang from Daniel Radcliffe (remember when people made a big deal about Radcliffe appearing naked in a play? That was Equus).

– but his role in Equus proved career defining, as Allen has said that it was his performance as Strang, a mentally ill teenager undergoing a psychiatric evaluation after blinding six horses with a hoof pick, that gave David Benioff and D.B Weiss confidence that Allen could handle playing Theon Greyjoy.

If you ever wish that Allen would play a character just a tad less relentlessly grim than Theon Greyjoy or Alan Strang, you’re in luck … well, sort of. He’s appearing in an upcoming dark comedy written and directed by Taika Waititi called Jojo Rabbit, in which he plays *sigh* a Nazi.

Allen has spoken in interviews about encounters he’s had with fans who identify with Theon and one certainly gets the impression from Allen’s Instagram posts this week that he loved playing Theon Greyjoy and understands the impact that his character had on viewers.

#farewell 📸 by @pilouasbaek Its been so touching to read how Theon has affected fans of GoT. To be given the opportunity to challenge and question people’s emotions through a characters journey that was given to me by D&D and George R Martin… is something I am extremely thankful for. What an honour it has been. Thank you x

At least, I hope he does. Allen regularly tops fan lists of actors who are overdue an Emmy but regardless of whether or not he ever gets his due, he gave a hell of a performance as one of the most dynamic and morally challenging characters in all of Game of Thrones. And it mattered. 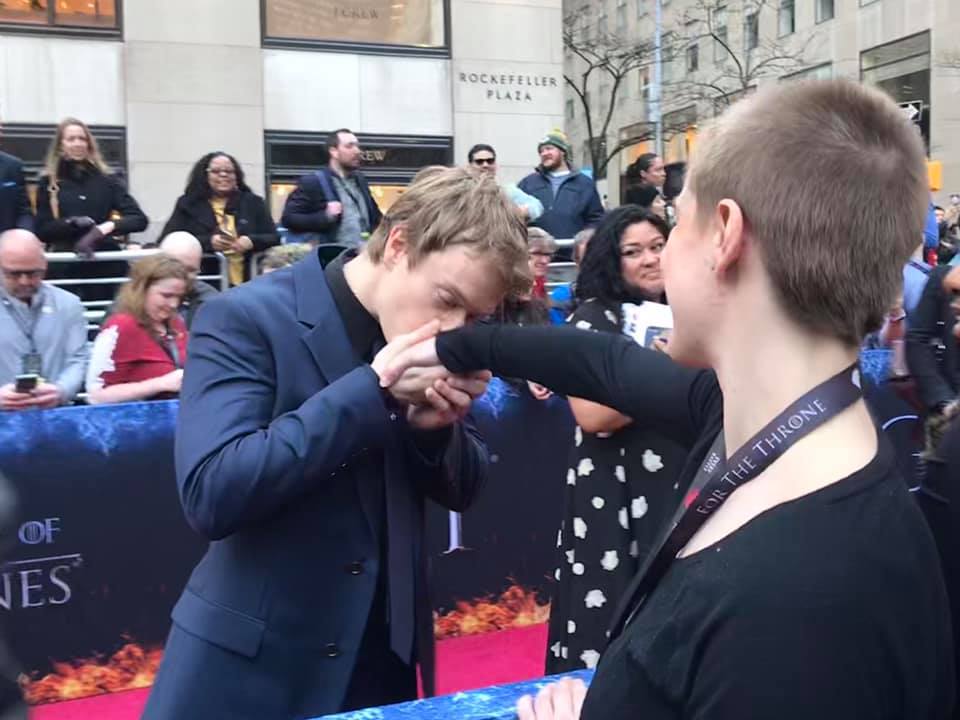 Because what other photo was I going to use to conclude this post?