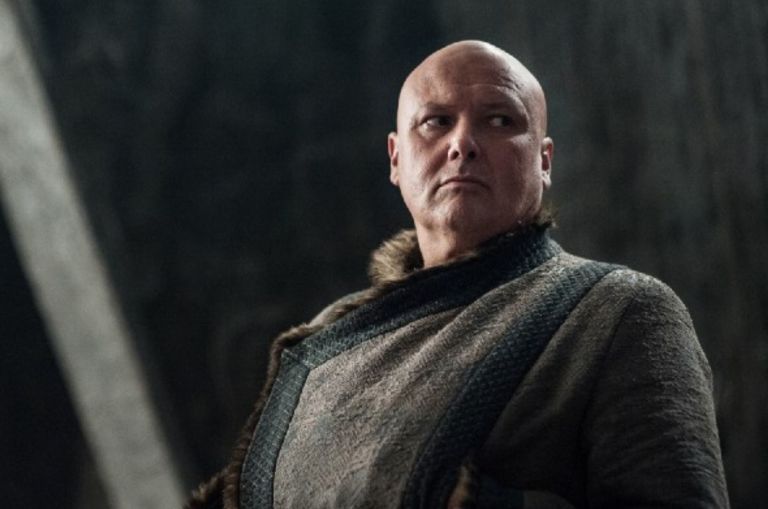 It might mean throwing cold water (pun intended) on a fan-favorite theory, but Varys is not a merman – although he does find the idea amusing.

“I’m not annoyed or anything, I think it’s funny, but I really don’t know where it comes from,” said Conleth Hill, who plays the scheming Spider, in a recent interview with Insider. “I think, as in real life, in fiction if people don’t know enough about someone they will either accept it or … make things up. When we did press for the premiere I got asked about that 17 times in a row and so by the end I was a bit impatient, but I think it’s genuinely funny.”

Merman or not, as a character who has seemingly switched loyalties from one ruler to the next, Hill also said it wasn’t unexpected that Varys might be met with a certain measure of suspicion from Daenerys. However, in “Stormborn,” when the Dragon Queen did confront Varys about his history whispering into the ears of the Mad King and Robert Baratheon alike, Hill said it was a necessary conversation – and having it at Dragonstone was an important factor.

“Had you not done that scene people would have gone ‘well why did she take him on her team so easily?’ ” Hill said. “And we couldn’t do it in Mereen because she was off with the Dothraki and I was off … with Olenna and the rest, so it was nice that we had it as soon as we got there – where she was born.” 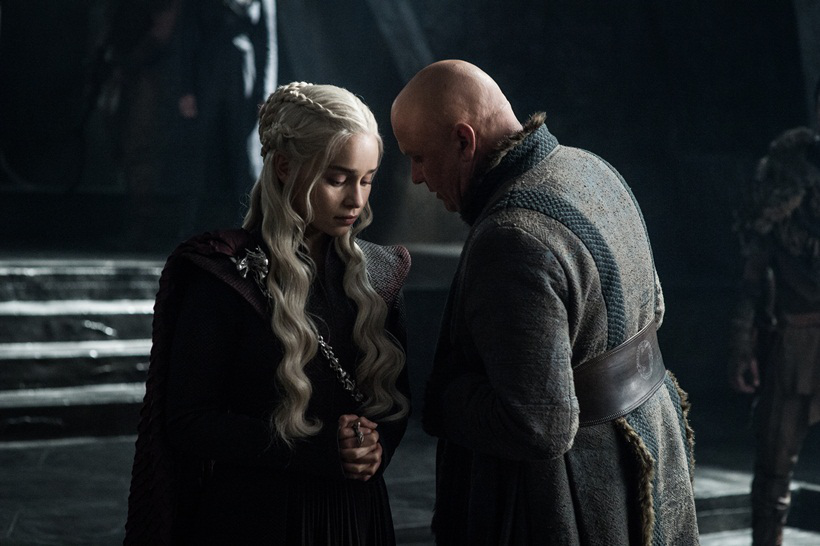 Hill also discussed the conversation between Varys and Melisandre in “The Queen’s Justice,” one that – with its talk of their past lives and coming deaths – was unsettling at best. It also served to reiterate not only Varys’ obvious disdain for magic, but also his unease at not being the smartest guy in the room.

“Let me put it like this: If someone from a faction or a sect or a religion or cult dismembered you and left you for dead, wouldn’t you hate them?” He said. “To me that’s very reasonable behavior and also I think the combination of that – a total mistrust of them and what they do – plus the fact that they know things about him freaks him out because he’s the one who knows things about everybody else.”

The interview also touched on Varys’ loyalty, which he has assured more than once is “to the realm.” Hill genuinely believes that Varys isn’t interested in power for himself – that, despite misgivings by both viewers and the other players in the game of thrones, all he wants to do is make “a better world for everybody else.”

“I don’t think he was ever a big power player — I think all the decisions that were made in recent history weren’t made by him, but he was certainly there to advise on how to react to certain decisions and those big confrontations,” he said. “He’s almost like a headhunter in a careers firm rather than the boss of everything. I don’t think he ever wanted to be, by his own admission. He said very early on, in season two or three, ‘I don’t want to sit on the Iron Throne. I must be one of the few people in the Seven Kingdoms who doesn’t want to sit on the Iron Throne,’ and I genuinely believe that he’s not interested in that.”

To read more about Varys’ motivations and Hill’s take on his manipulative character, read the article at Insider.