The Social Ascent of Bronn: a Con of Thrones Interview with Jerome Flynn | Watchers on the Wall | A Game of Thrones Community for Breaking News, Casting, and Commentary 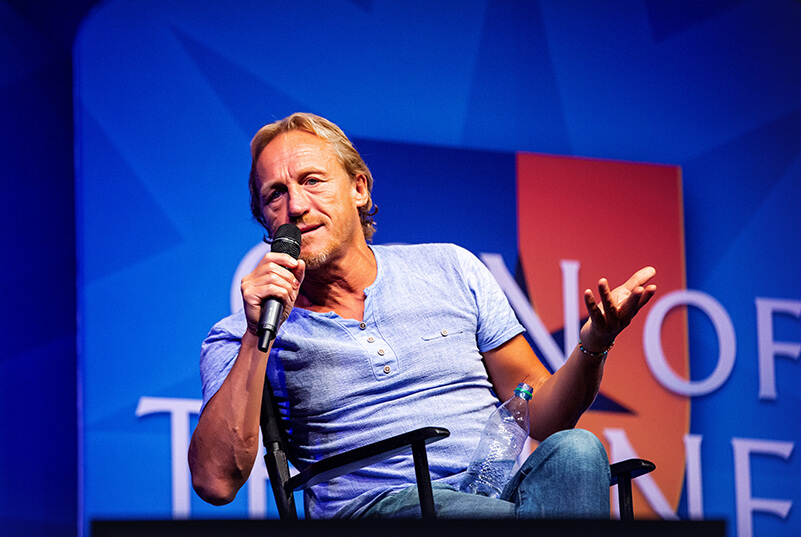 I had the privilege of interviewing Jerome Flynn at this year’s Con of Thrones. We discussed his amiably amoral character, Bronn, what motivated him, and how Flynn imagines Westeros’ future will go with Bronn as its Master of Coin.

Reviewing all eight seasons, it’s quite possible that Bronn had the greatest social ascent of any character in Game of Thrones’ cast of thousands, beginning season one as a sellsword in a country inn and wrapping up season eight as the Lord of Highgarden and Master of Coin of the Six Kingdoms. While other characters’ goals evolved over time, Flynn says that Bronn remained “single-minded” in his pursuits.

“He had a strong intention which lead him through the whole show: he wanted his castle,” Flynn says. “He was clever. He followed the clues that were in front of him and took his chances when he had them. His last chance, when he was handed the crossbow, he turned into the bartering tool that he needed to seal the deal [for Highgarden] with the Lannister boys.”

He hastens to add: “I don’t think he would have killed them but he had to make them think that perhaps it was a possibility.” 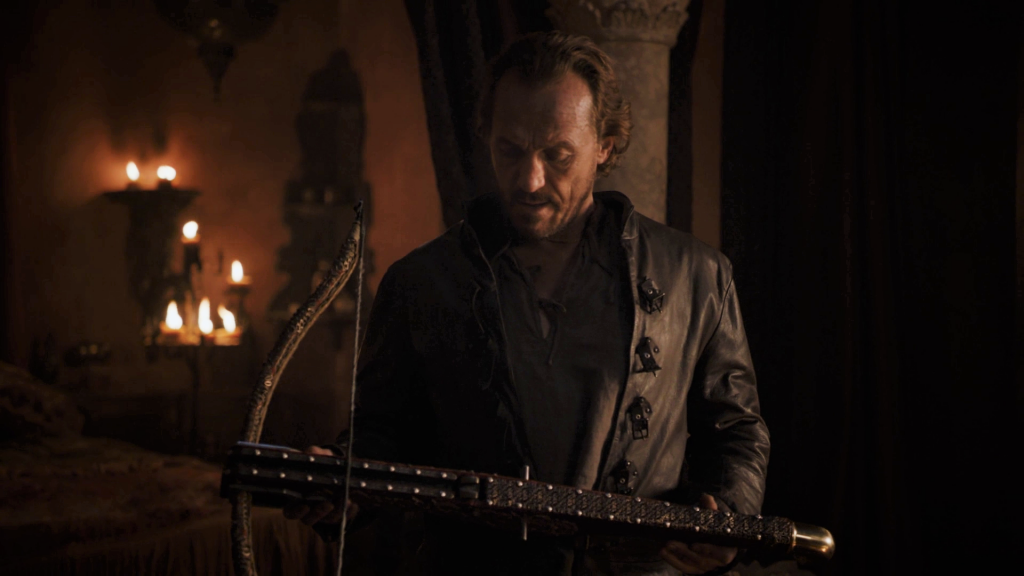 Bronn and Tyrion’s relationship always did seem to walk a razor’s edge. Flynn believes Bronn did “have a fondness” for Tyrion, which he would have liked to have seen developed further in season eight.

“I got attached to a certain part of him in terms of his relatioships, let’s say, with Tyrion,” he says. “And I think I wanted him to be more heroic. But that was my personal thing. I thought it was an opportunity for Bronn to suddenly turn up next and save Tyrion’s life fighting the White Walkers. But then if I’d been the writer then the whole story probably would have gone completely differently.”

He adds: “I really respect [David Benioff and Weiss] for sticking to a certain element of Bronn that was out for himself.”

Bronn’s approach certainly paid off … literally! Bronn’s appointment as Master of Coin took many viewers by surprise but Flynn seems confident that Westeros’ economy will survive the experience, not because of Bronn’s financial savviness but because Tyrion will have his back.

“I think Tyrion might have taken him to one side after that last table meeting and said, ‘Come on, dude. We’ve got to play ball here, and you can’t just have everything you want.’” Flynn says, referencing Bronn’s push to reopen King’s Landing’s brothels. “I think he’s there because of Tyrion. I think Tyrion understands why he did what he did. So I would imagine Tyrion would be trying to counsel him.”