Stunning cover art of ASOIAF 2021 calendar revealed and Leslie Jones chats with Seth Meyers about Game of Thrones | Watchers on the Wall | A Game of Thrones Community for Breaking News, Casting, and Commentary 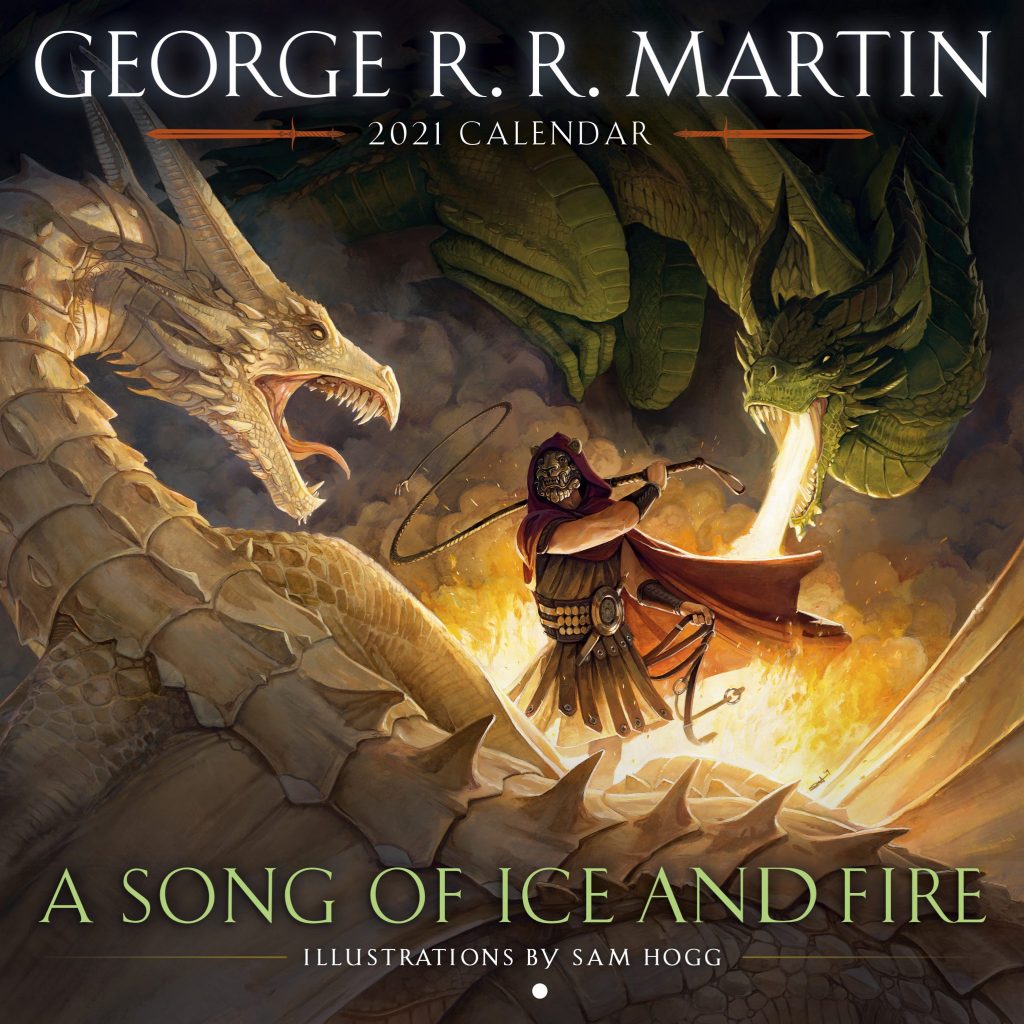 Earlier today, George R.R Martin announced on his Not A Blog that next year’s A Song of Ice and Fire calendar will feature twelve original pieces by artist, Sam Hogg.

“As always we like to bring you a variety of styles from an assortment of freaky talented artists and this year is no different as we feature the work of Sam Hogg,” he wrote.

Martin’s post included a first look at the calendar cover which features an illustration of Quentyn Martell’s ill-fated attempt to tame Viserion and Rhaegal in A Dance With Dragons, which makes me eager to find out which other book-only scenes the calendar might include.

For instance, the theme of Penguin Random House’s 2020 calendar was fantastic beasts and featured paintings by John Howe of beached krakens, giant ice spiders and other Westerosi beasts exclusive to Martin’s books.

You can check out Sam Hogg’s artwork at her website, www.artofsamhogg.com.

In other news, Leslie Jones appeared on Late Night with Seth Meyers last night to promote her comedy special, Time Machine, which was directed by none other than David Benioff and D.B Weiss. In the interview she and Meyers reminisce about their show segment, Game of Jones, in which they watched Game of Thrones together and riffed on what was happening.

“I regret we didn’t do more of those … now that I think about it I wish we did at least ten,” Jones said.