Paige - Watchers on the Wall 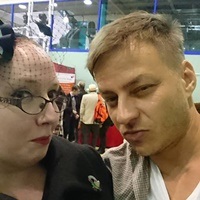 Paige was a latecomer to the world of Game of Thrones and ASOIAF. Joining during Season 2 as the often outspoken, occasionally controversial @GameOverRos, she quickly fell in love with Westeros. During post-season downtime, she read all of the books, and fell in love even further. Since then, she has become a proud member of Twitteros, splitting her time between tweeting the after-life adventures of Ros, live tweeting, and discussing theories with her followers.

Away from Westeros, Paige lives in the British Midlands, under the tyrannical reign of various Thrones-named cats. You can find her at comic cons around the UK, in the pub, or on Twitter.