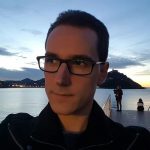 Luka Nieto became a fan of the series as many others did — because of the TV show. Only then, with the premiere around the corner and many friends pushing him, Luka began the journey into the written world of George R.R. Martin, which immersed him deeper into the fandom. His first love, however, remains Game of Thrones, which he strives to judge as its own piece of filmic art, instead of exclusively as an adaptation.