The Writing On the Wall: 'Arise, Brienne of Tarth, a Knight of The Seven Kingdoms' | Watchers on the Wall | A Game of Thrones Community for Breaking News, Casting, and Commentary 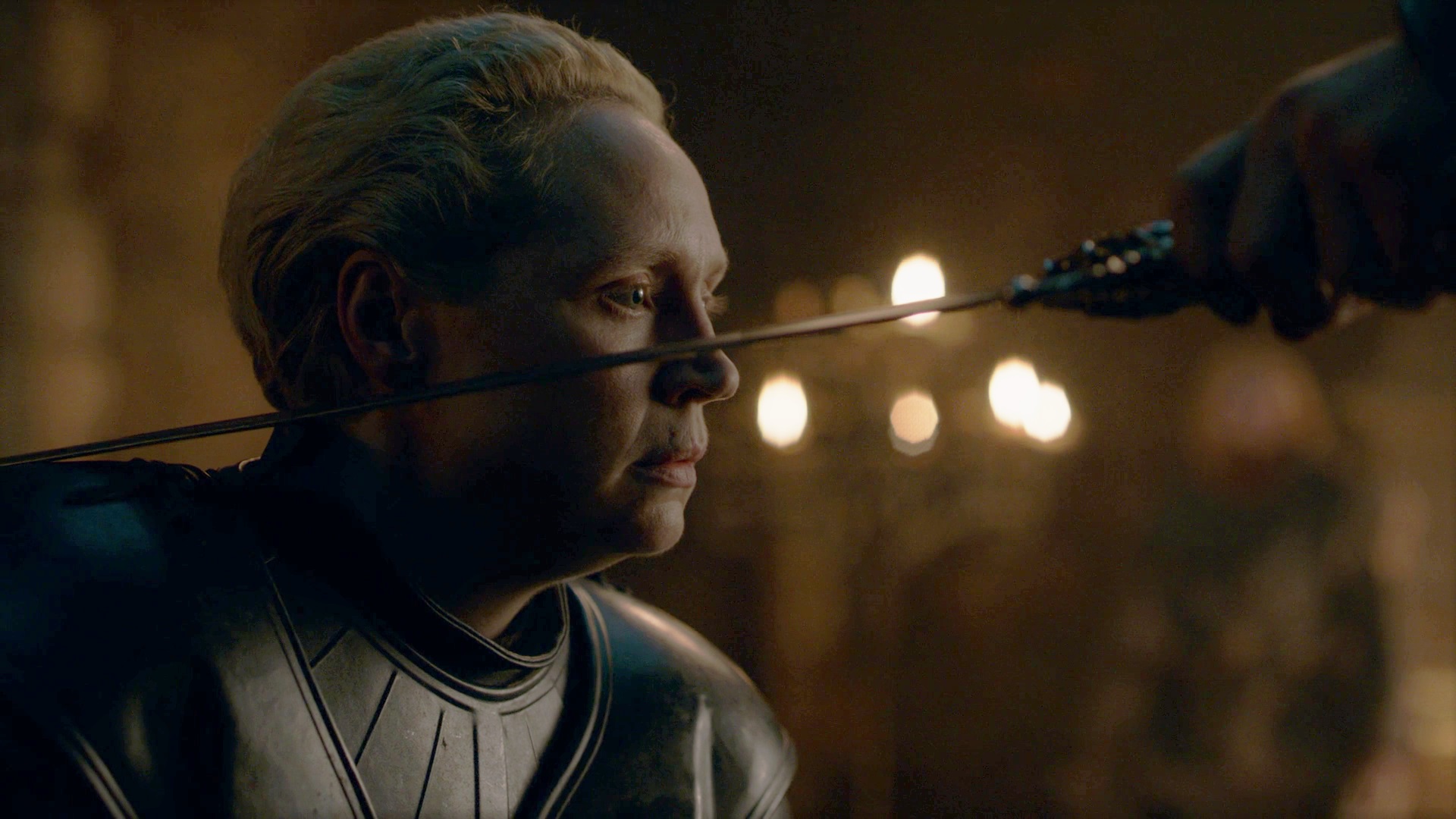 Honor is essential to the world of Game of Thrones. It is a concept fundamental to the societal structures of this world, embedded in the way all of our characters understand themselves, others, and the relationships between them. Sometimes the honor is more explicit, for Thrones has not always been the subtlest of shows, like in how it is dishonorable for a Knight of the Kingsguard to murder his king by stabbing him in the back. Sometimes the honor is more implicit, for Thrones sometimes is not the most obvious of shows, and it is in choosing to do the right thing even if others and perhaps even you yourself cannot entirely see why you are doing so in the first place.

“A Knight of the Seven Kingdoms” is one of the finest hours the show has ever produced, in part because the series, in spite of the spectacle that it rightfully known for, has always found its emotional core in the characters that populate its story.

In this episode, while everyone is coming to terms with the overwhelming reality of their inevitable deaths, that question of honor is hovering ever more presently above everyone’s head. The question itself is being questioned, if one thinks about it, for the understanding of what is the most important in everyone’s life understandably becomes something to ponder in the face of imminent death.

Jaime Lannister (Nikolaj Coster-Waldau) and Brienne of Tarth (Gwendoline Christie) are two of the most important characters in Thrones when it comes to the question of honor. Jaime has been dogged his entire life, and at several times rightfully so, for being a dishonorable man. He killed his king by stabbing him in the back, there are rife rumors about him sleeping with his sister, he kills his own kin in order to try to escape a cell. And he pushed a little, curious boy out of a window. He was a knight who didn’t give a fuck about honor. Until he did. 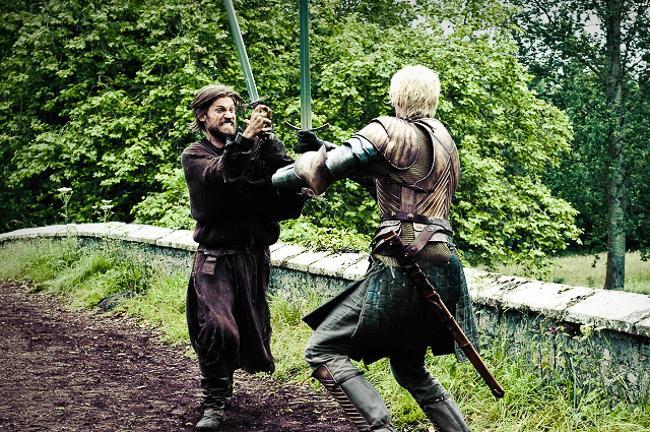 Brienne had a much more different journey in life. She was raised with certain expectations of femininity, obedience, and internalization of patriarchal norms. She, like Arya (Maisie Williams), rejected those norms. Her physicality may have helped her to reject those norms, but there was more at play than her mere stature. It was an internal understanding that the world would never allow her to be who she was if she kept to its inherently dishonorable idea of honor. So she sought herself and her honor elsewhere.

When we first see Jaime, he is presented as the antithesis of what we understand the ideals of honor to be. He was defined by his crescendo of bravado, his uninhibited swagger, and his unlimited sense of self-importance. He did not come across as being brave, even if his skills with a sword were beyond question. He certainly did not seem to be someone who lived his life according to the ideals of justice. He would rather mock the innocent than defend them.

When we first meet Brienne, she is the first woman to join the ranks of king-in-declaration Renly Baratheon (Gethin Anthony). The sexism she is forced to endure, from some of the jeering looks behind her to See Loras’s (Finn Jones) stunned disbelief, is obvious and in spite of the shield Brienne places in front of her, she is hurt by it. She wants to simply stand shoulder to shoulder with the men who are given the opportunity to be a paragon of virtue and honor. She just keeps on fighting. 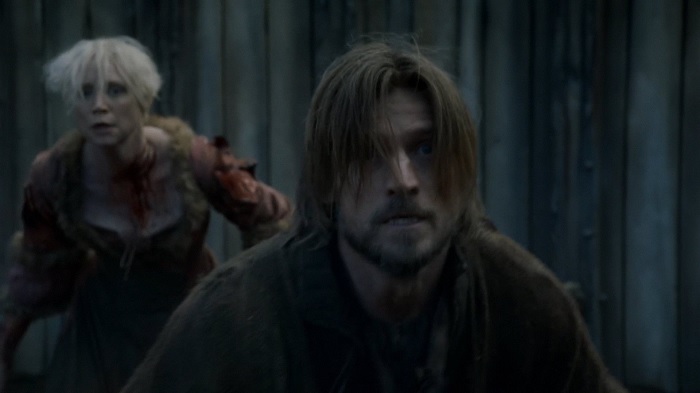 A key difference between Jaime and Brienne is that of privilege. Brienne has a name, of course, but is no Lannister, Stark, or Targaryen. Brienne does not have the privilege of being a man. She is instead a masculine woman who is often looked upon as being weaker than a man and at the same time an aberration as a woman. She is stuck in this middle ground of a nonsense binary system, struggling to find any space, any one for that matter who would sit with her and understood her for who she is, respect her for who she is. The differences in their privileges are critical to shaping their respective ideas about what honor is and what it means; even if it was a double-edged sword for both of them.

For Brienne, honor was an aspiration and a necessity for it was integral to the life of a knight. Ser Brienne was Brienne’s greatest dream, kept away from her solely on account of her gender. Yet she persevered for a part of her deeply believed that if she could be honorable enough, she could fulfill her vows. If she could fulfill her vows, then she could prove that she was capable of demonstrating true loyalty. If she was honorable enough, then perhaps she could become a knight, gender norms be damned.

For Jaime, honor was a shackle. When the Mad King revealed that he was ready to burn the capital of the Seven Kingdoms down to the ground and all of its five hundred thousand inhabitants along with it, Jaime was presented with two honorable options. The first was the traditional path of honor. That pathway required that Jaime stand by his king regardless of the circumstances and defend him while the people of King’s Landing burnt to ashes. The other pathway required him to break that code of honor with a dishonorable act, but in the name of another honorable act: saving the lives of innocents ruled by a ruthless tyrant.

Jaime, as he famously recounts to Brienne in “Kissed by Fire,” chose the second pathway. The exact details of the immediate aftermath are less relevant than the marker of “Kingslayer” he is banded with, a band of dishonor that follows him no matter where he goes. He becomes an embittered man, looking upon the moniker of honor with disdain. The honorable Ned Stark (Sean Bean) wouldn’t have believed him, he believes, and he is probably right. If saving the lives of five hundred thousand people was not honorable enough for the traditions of the Seven Kingdoms, then what was the point of it? In that case, to paraphrase Tormund (Krisotfer Hivju), fuck such traditional honor.

That was the honor that said it was not alright for a woman to be a knight, even if she exhibited the virtues of knighthood more honorably than any man around her. It was the honor that said propriety must be kept sacred for its own sake, damned the consequences on those for whom that propriety is a reality of oppression. What Jaime and Brienne realize in their own ways and together is that the concept of honor as so much of Westeros understands it is a false one, but they also realize that just because that concept is as hollow and false as a treasure room in Qarth does not mean there is no honor at all. That honor is what you make through your actions.

That is why the scene that gives our episode its title is so meaningful. There’s a history of these two characters and how much they have grown and learned alongside one another. The performances from both Gwendoline Christie and Nikolaj Coster-Waldau are incredibly moving. The direction, the cinematography, and Ramin Djawadi’s score is all perfect. But what makes this one of the best scene in the history of the series is that the writing from Bryan Cogman distills something that is not said out loud but becomes instantaneously clear. 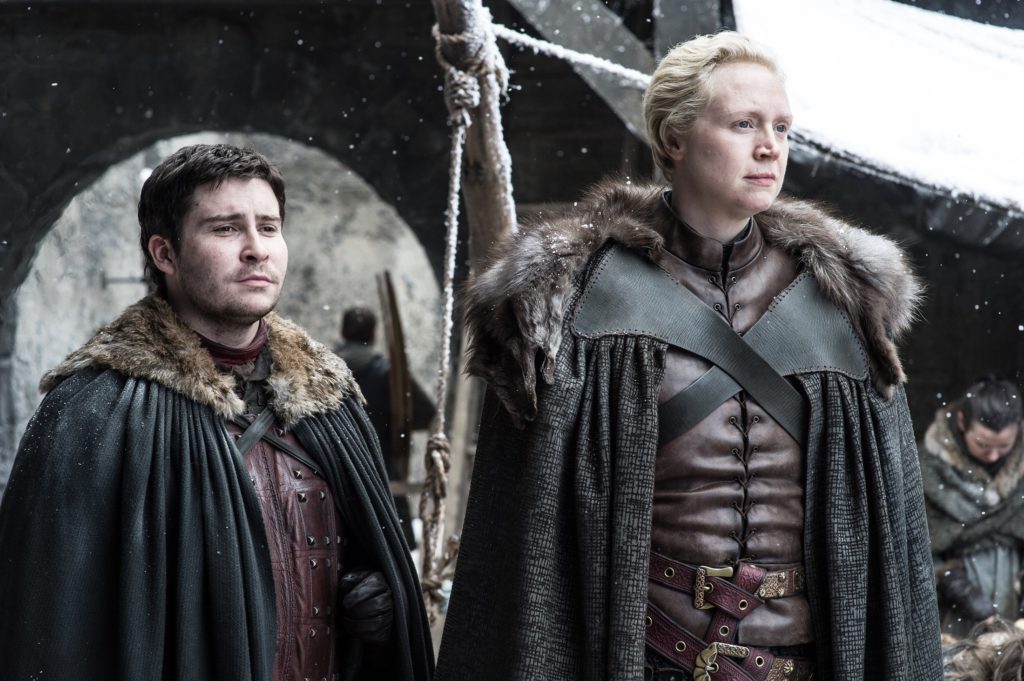 At its heart, if the scene in that cozy room is indicative of anything, is that the show is arguing quite ardently for something else entirely. It is arguing that in the midst of the literal winds of winter, when there is an impending doom not that far away, it is necessary to take stock of one’s life and forge a dream of spring amidst it. Even the song “Jenny of Oldstones,” brought to our screens through the lovely voice of Podrick (Daniel Portman) serves to augment that theme.

Jaime and Brienne might very well die in this next episode, I do not know. But that is, outside of determining the quantity of wine I will drink, somewhat irrelevant. Jaime and Brienne in that moment are finding that dream in the midst of the literal calm before the storm. They could have done anything before the Army of the Dead arrived at Winterfell. They could have continued drinking or played a game of cards or somehow slept. But they chose this. 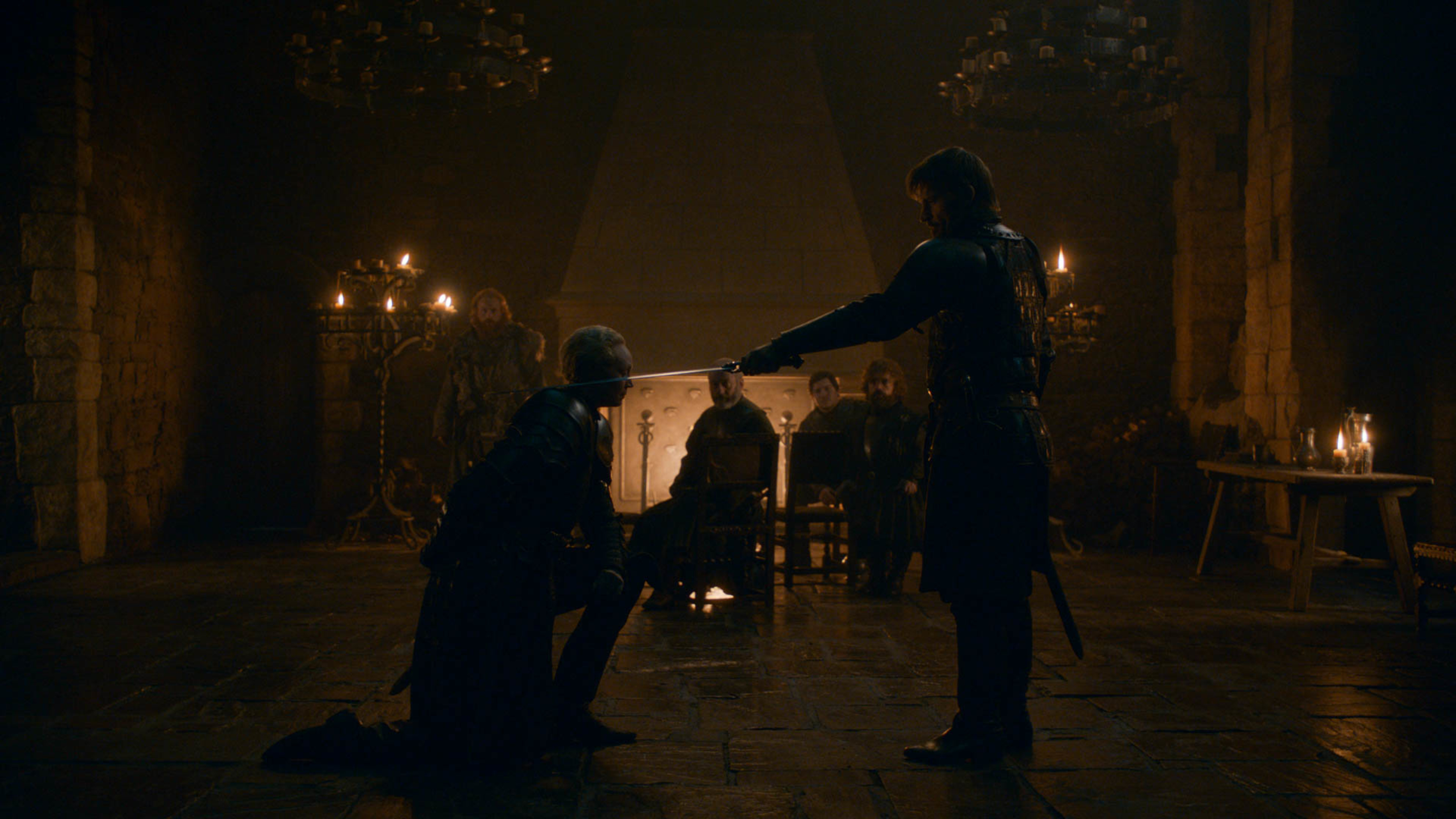 Jaime knighting Brienne is a validation of the principles of knighthood but in a much more different direction than the institution of knighthood has enshrined them. In knighting a woman, there is the removal of a ridiculously patriarchal notion that only men can embody the virtues of knighthood. It is an adoption of not just merit, but an understanding that the principles of bravery, justice, and the protection of the innocent can be embodied by anyone and not just the high-born white men of Westeros. The knighting of Brienne represents some of the very best that Westeros can be, if it chooses to understand what this scene is imparting upon whatever future it has.

A part of that, as we mentioned above, is the inevitably of death. There’s a certain curtain that is raised away from what we no longer consider to be the most important in these sort of moments, revealing what lies beneath. That says a lot about who we want to be, who we believe ourselves to be, and most importantly, who we are. In that cozy stone room, amidst a gathering of a strange assortment warming in front of a warm fire, we find something important.