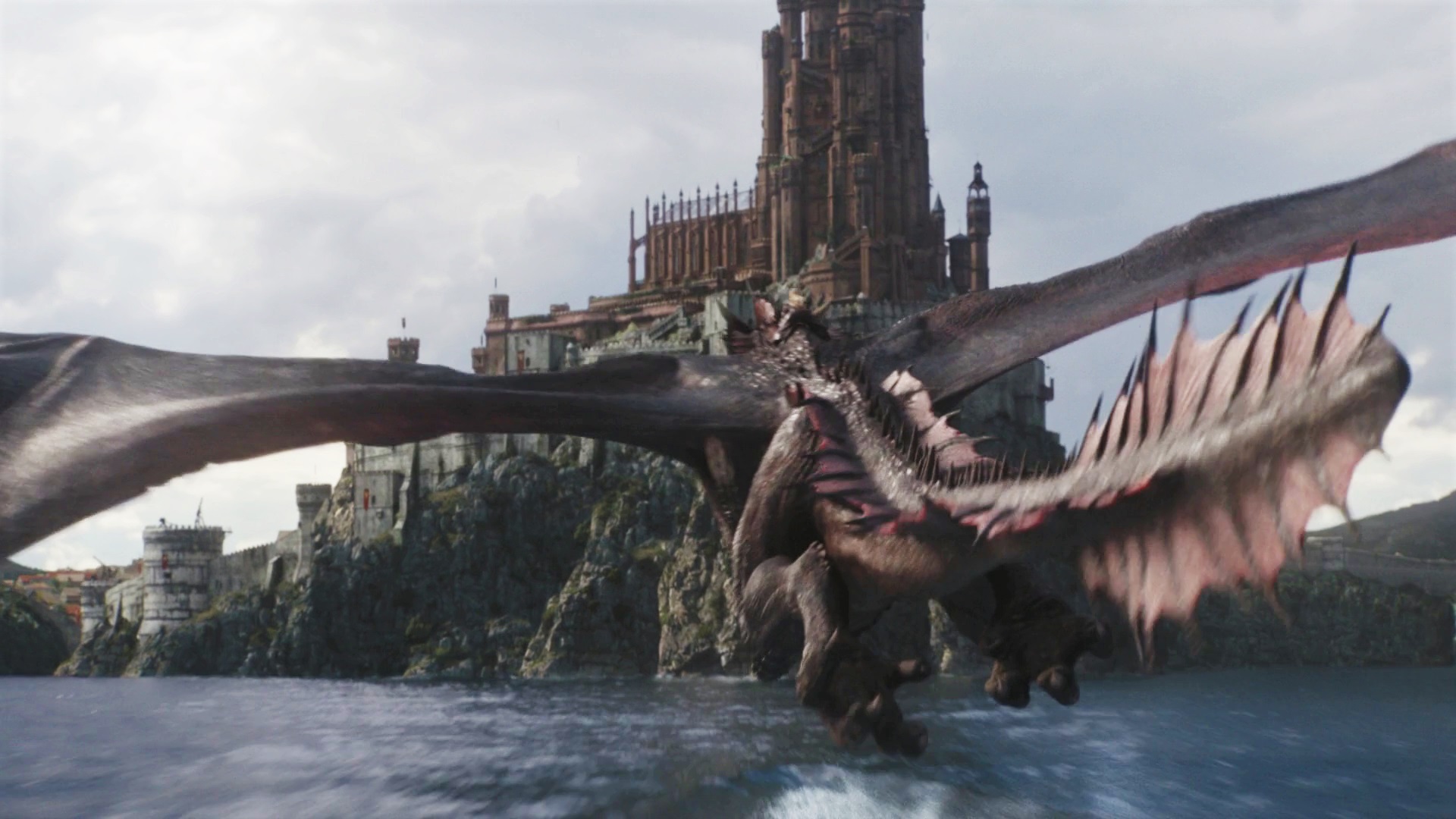 The discussion around the writing of Game of Thrones has been fraught for a while, whether those fractions are divided along the lines of books versus show or other metrics. As the story approaches its conclusion and numerous theories that have been built, fortified, and championed fall by the wayside, there is going to be a natural amount of chagrin amongst respective viewers’ that their respective ideas are no longer in the realm of what the series is trying to achieve with its narrative. To a certain degree, I have also been impacted by that, even as much I have tried to focus on the writing at hand for what it is, and not for what I want it to be. That has been my guide with these pieces and I will do my best to follow it for this penultimate episode.

What immediately comes to mind about the episode’s title, “The Bells”, is Lord Varys’s (Conleth Hill) assertion that he truly hated the bells of King’s Landing for they rang whenever anything terrible had happened. This ultimately proved to be apt yet again, even if he was no longer around to witness exactly why that would be the case.

Game of Thrones has never been even remotely shy about being brutally honest when it comes to the cost of violence and war. It may not always have written those moments subtly and with the nuance they require, but largely if anyone has any remote fantasies about the glory of war, the series has done enough work to dispel those fantasies as easily as the Mountain (Hafþór Júlíus Björnsson) swiped away dear old Qyburn (Anton Lesser). The dragonfire, the smoke, the ashes, the bodies, the blood; none of it was remotely illustrative of a series that does not understand the inherent cost of war.

On that level, the third act works beautifully. 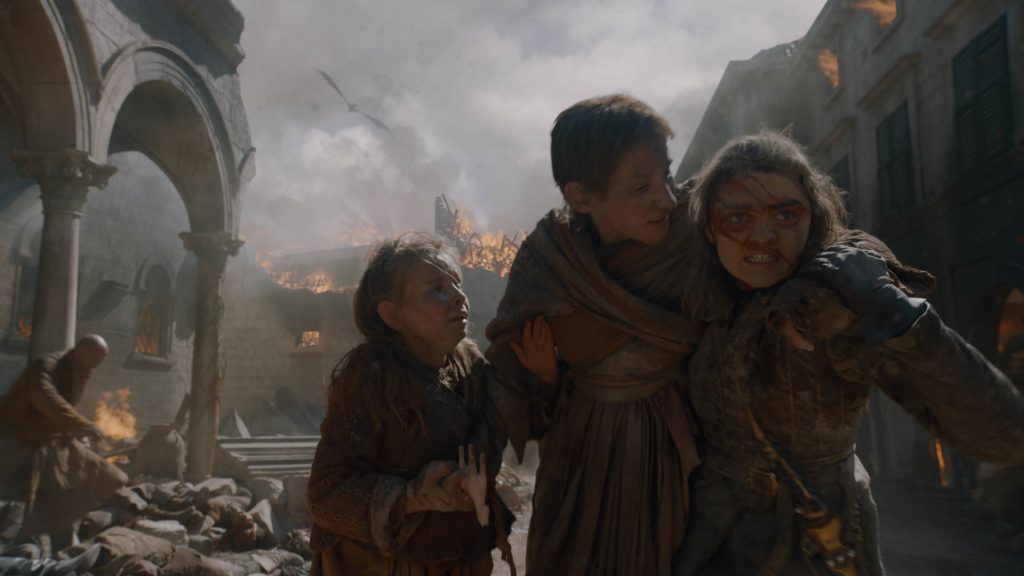 There is an oft-repeated adage that the third act of a narrative is always the most difficult to pull off. People will often point towards the mystery genre as an example: the third is where the mystery unspools and, if the mystery is good, you will feel rewarded for being on the journey and satisfied with the answer. Many mysteries tend to crumble apart in that critical third act because something falls apart and the mystery is thus rendered unsatisfying. The same applies to a character-focused drama.

In regards to the characters, it feels to me like the final acts for some of them stumble. And it is within those arcs that the overall level of satisfaction is going to land. There is the question of whether or not the turn of Daenerys Targaryen (Emilia Clarke) from a person who was a bit too into hard justice into a war criminal has sufficient foundations. Did Jaime’s (Nikolaj Coster-Waldau) actions when he, as it turned out, died with Cersei (Lena Headey) in the destruction of the Red Keep hold with his character? And what of Sandor Clegane (Rory McCann)? Did the delivery of the much hyped Cleganebowl rob him of the character development established in the previous two seasons?

The most salient element in display from a writing perspective is the distillation of these characters down to who they are at their core, as the series accomplished with more finesse in “A Knight of the Seven Kingdoms.” For some characters, just as in the Battle of Winterfell, the destruction of King’s Landing brings them to the forefront of who they are, rather than simply who they want to be. Arya (Maisie Williams) at her heart is not a mindless assassin without humanity; Sandor, whom she touchingly calls by his first name for the first time here, knows that he has an unfinished arc with his brother to complete, but is self-aware about what a lifetime of revenge has done to him. 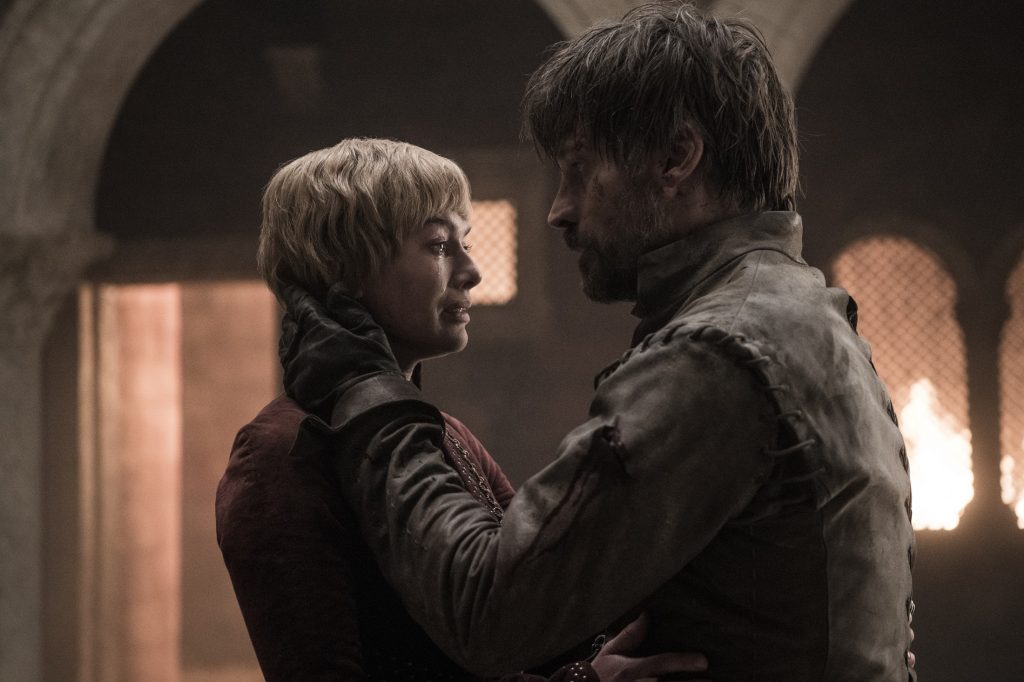 Similarly for Cersei, there is the underlying current about who she has always been. She has always searched for a degree of belonging and satisfaction, whether it’s via hatred for Tyrion, her relationship with Jaime, or more often than not through sheer violence. Before Daenerys lays waste to King’s Landing, it was Cersei who blew the Sept of Baelor to smithereens and the surrounding civilians along with it. She nevertheless found that sense of belonging when Jaime, in spite of everything, came back for her. Alas, it was a bit too late for that belonging to outlive the destruction around them.

Jaime has always been tied to Cersei, for better and more often for worse. The destruction of the Sept of Baelor evoked the first serious reconsideration of their relationship, evoked by the anger and confusion on his face when Cersei takes the Iron Throne. He falls back into his addiction to their toxic relationship as he fights Daenerys’s invading forces, conflicted as he does so. Cersei’s decision to turn her back to the North is the straw that broke the camel’s back, but only temporarily, for Jaime did not return to King’s Landing, as many had expected, to end Cersei. Jaime’s addiction or love for Cersei, a categorization that depends on the individual viewer to a certain degree, has been layered throughout the series but his return in this fashion raises the question of what the writing ultimately wanted to say about the arc of his character.

Daenerys’s third act turn will no doubt inspire the most debate, a debate that is likely to continue well past the series finale. Her decision to raise all hell on King’s Landing as she breaks down atop Drogon is arguably the standout moment (for better and for worse) in what has been a true pop culture phenomenon. The overall character arc for her, while under judgment until the series finale, works on a thematic level because it conveys a dark reality about the pursuit of power and how dark the thematic concept of justice can go. It is perhaps on the side of potentially being too bitter but it can work, but only if the character beats have felt as weighted and fitting for you as the themes they were ultimately building towards. At the moment, it feels to me a bit like the writing revealed the murderer but the steps they took to commit their crime are opaque.

In the meantime, what are your thoughts? Share them below!