WOTW sponsors successful MootCon 2015 | Watchers on the Wall | A Game of Thrones Community for Breaking News, Casting, and Commentary

The meetup, hosted by Fire and Lunch (and joined by yours truly) held a raffle and a trivia contest (difficulty level: “Who was the youngest Lord Commander of the Night’s Watch?”).

Prizes ranged from Daenerys and book-accurate Daario Naharis plushies to our own newly released Watchers on the Wall t-shirts. 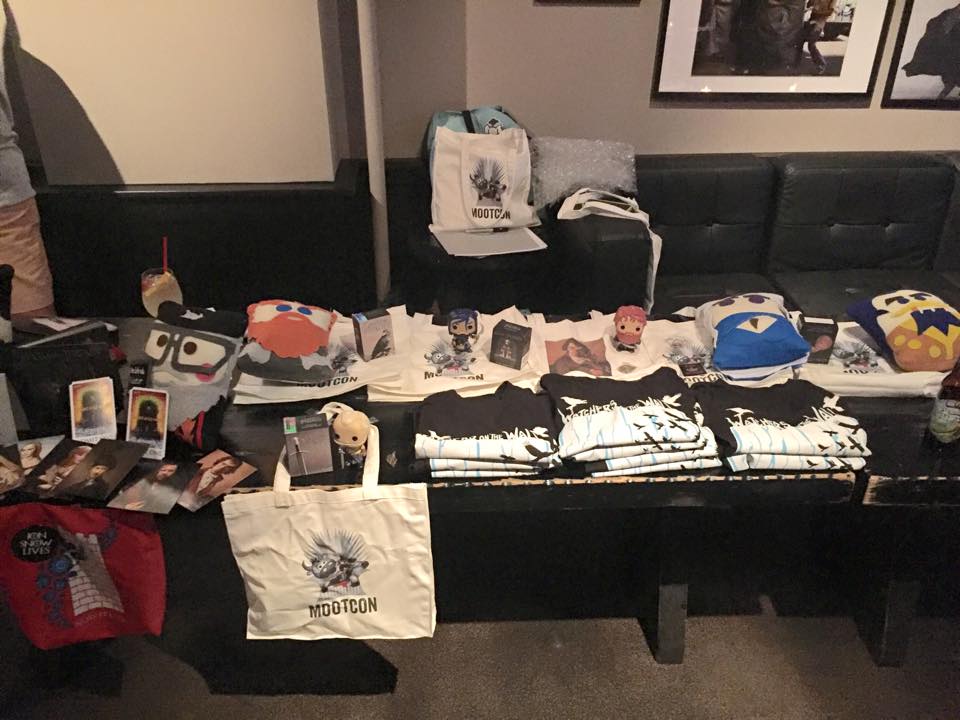 Pin the knife on Jon Snow (while wearing an Olly face mask for a blind fold) was popular. 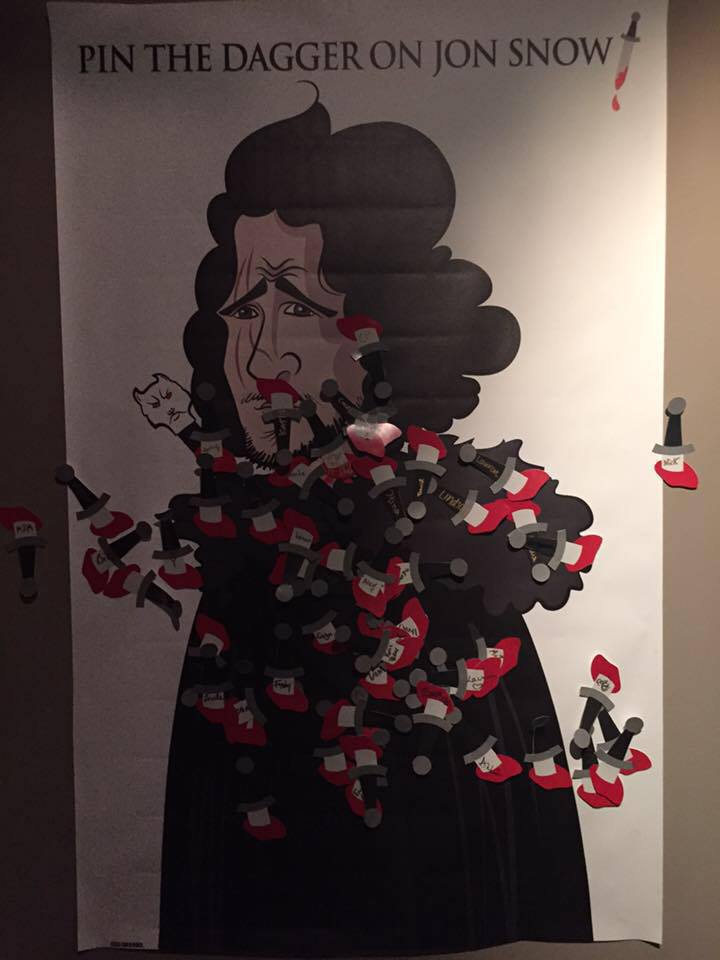 Here are the winners with their prizes: 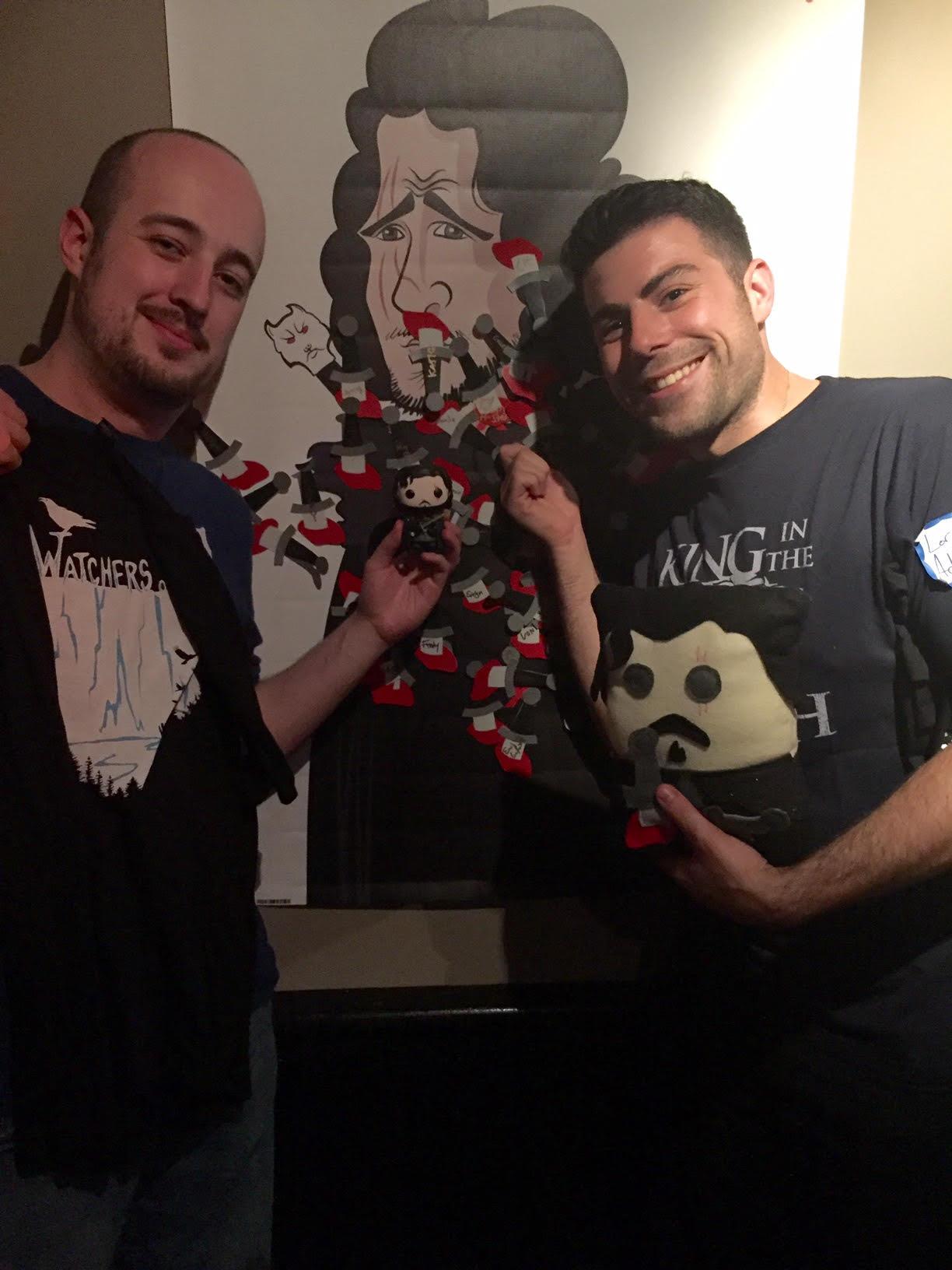 Cosplayers included two Bolton fans, who requested to be identified by their Tumblrs, Love Your Crooked Neighbour and Tender-Vittles. 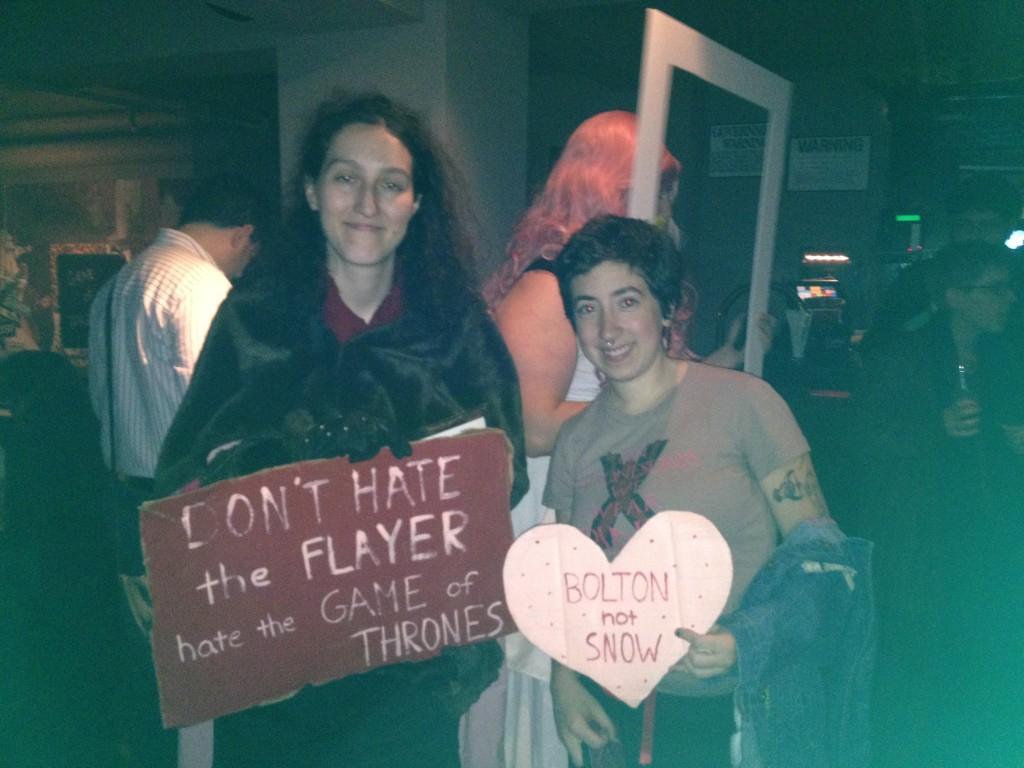 All the lucky prize-winners of Mootcon 4! 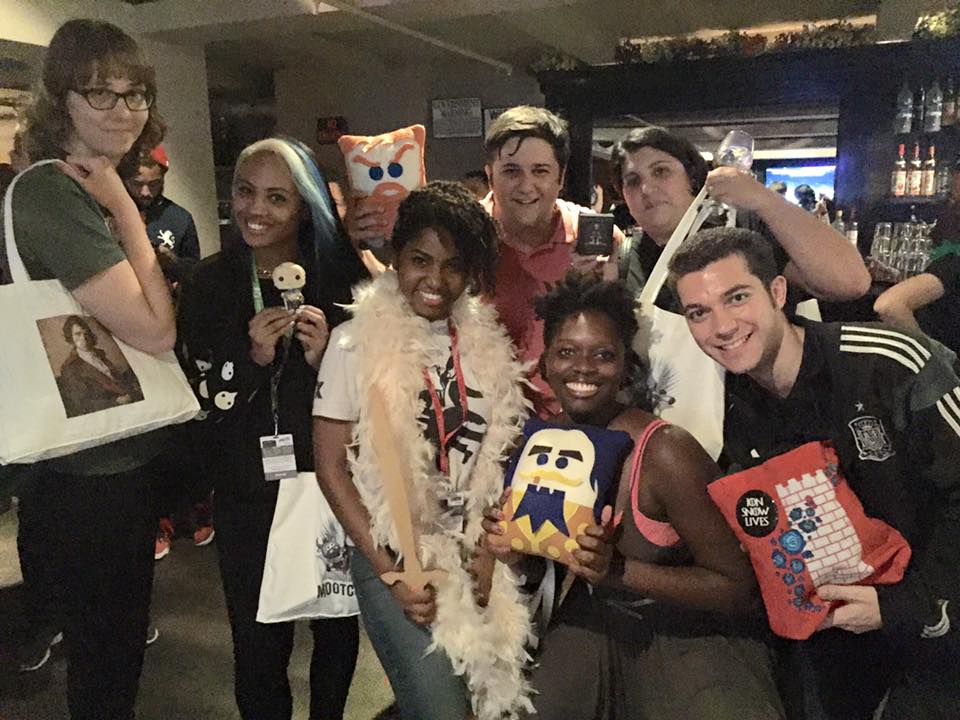 A huge thanks to Running Press who provided a Mini-Longclaw, the Three Eyed Raven statue, the Game of Thrones In Memoriam book, a mini Stark Direwolf statue, and a Hand of the King seal kit! Dark Wings Vintage graciously donated Game of Thrones bags, buttons, necklaces and beautiful photo manipulated artwork for the winners. Jen Snow provided her some of her A Song of Ice and Fire bags that are available on Redbubble. She and Megan of Fire and Lunch created custom Pop toys and hand-made character pillows for unique prizes. Game of Owns also donated a pair of tickets to the A Night of Ice and Fire event on October 9th.

The Mootcon Selfie frame was a big hit. Even Zack and Micah of Game of Owns gave it a whirl. 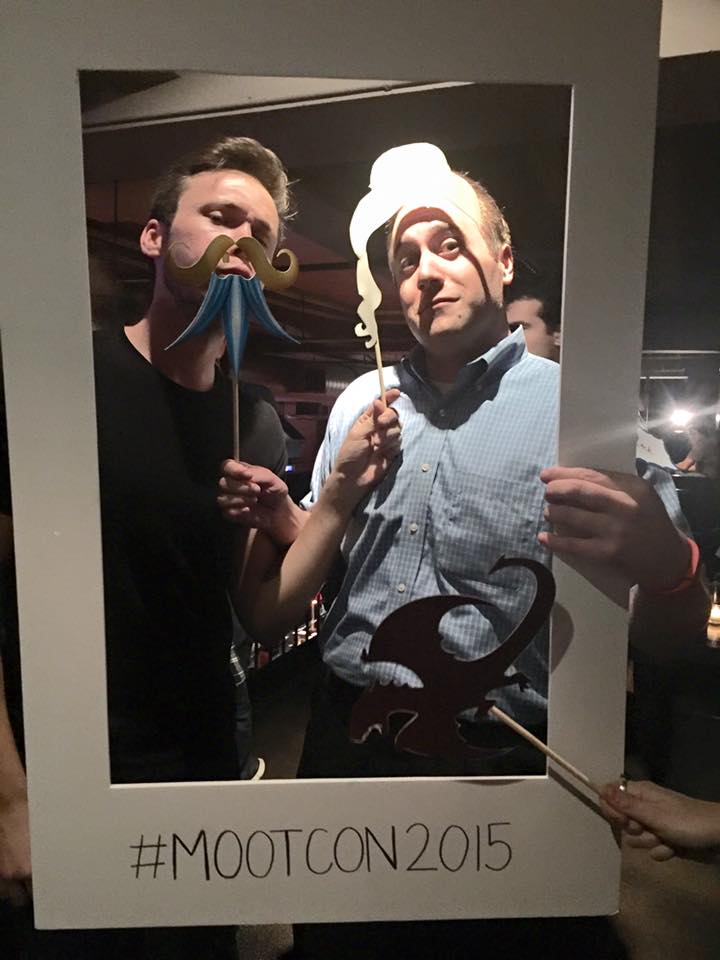 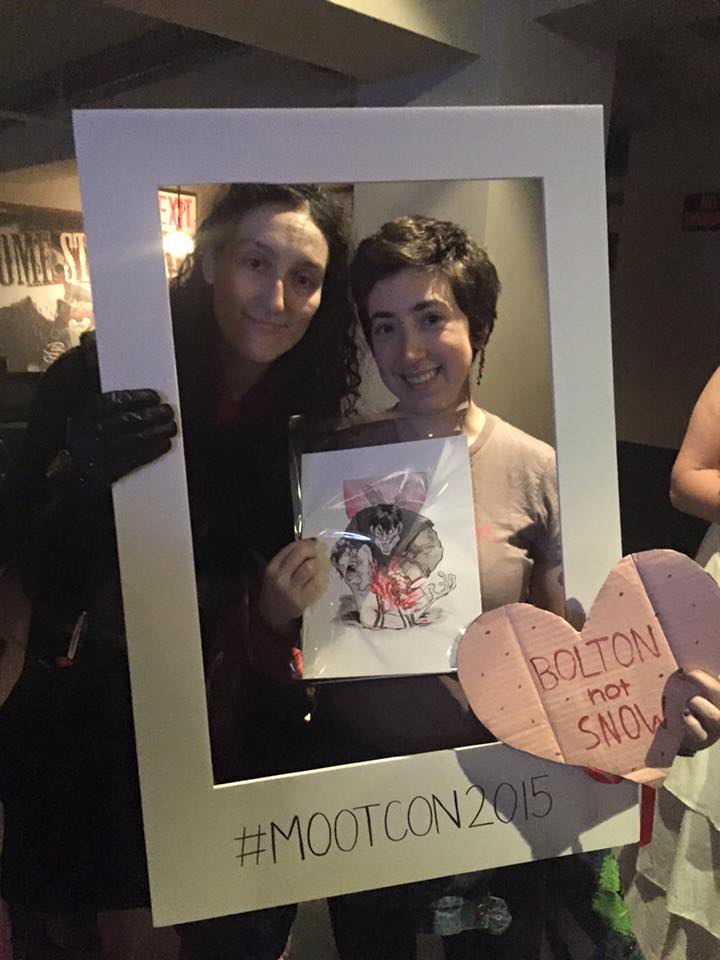 It was a good time had by all and a much-appreciated morale booster to tide fans over until April.

Every year, Fire and Lunch throws a great Mootcon, and next year we hope you can stop by! 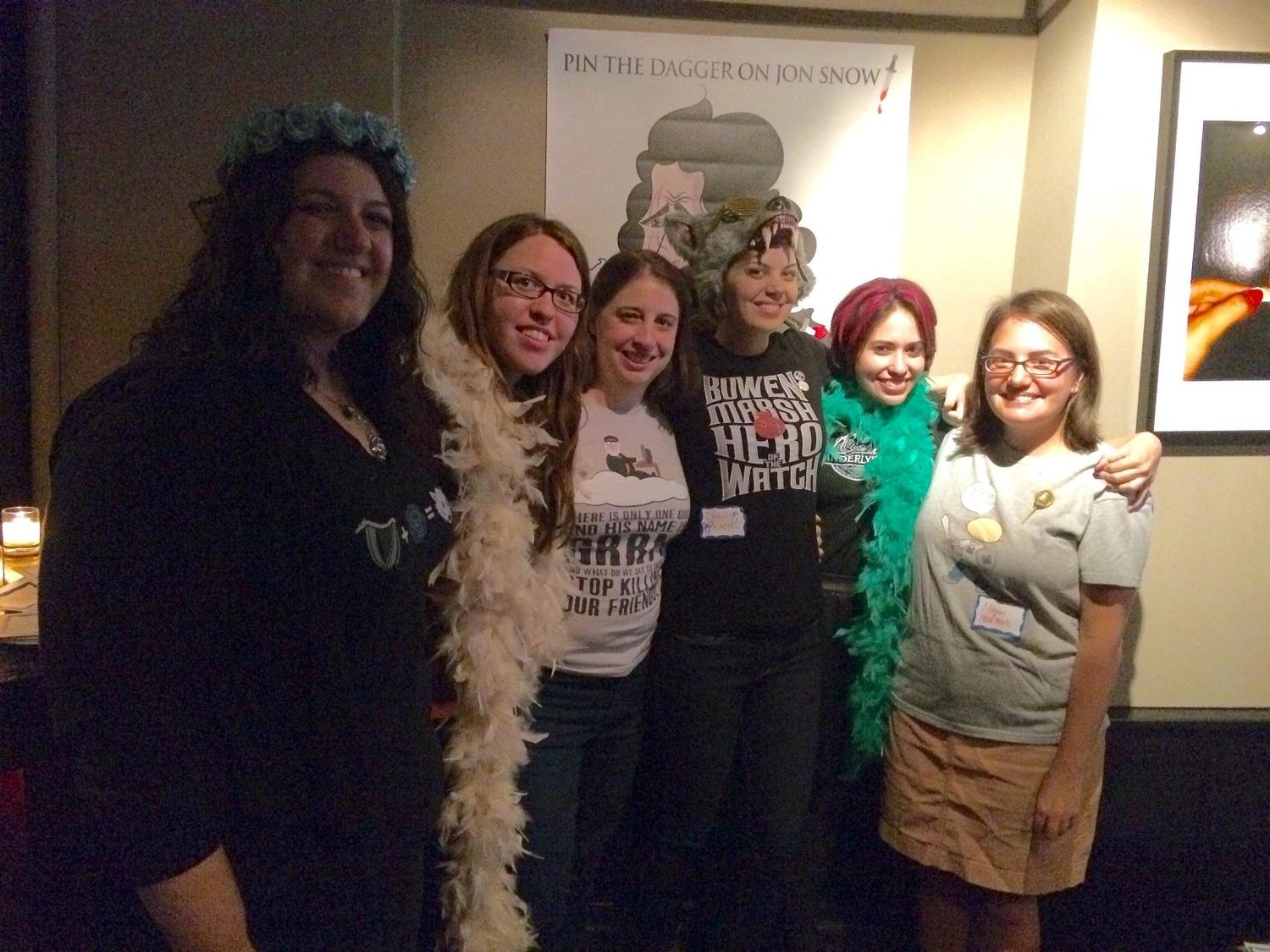