Win "Winter is Coming: The Medieval World of Game of Thrones!" 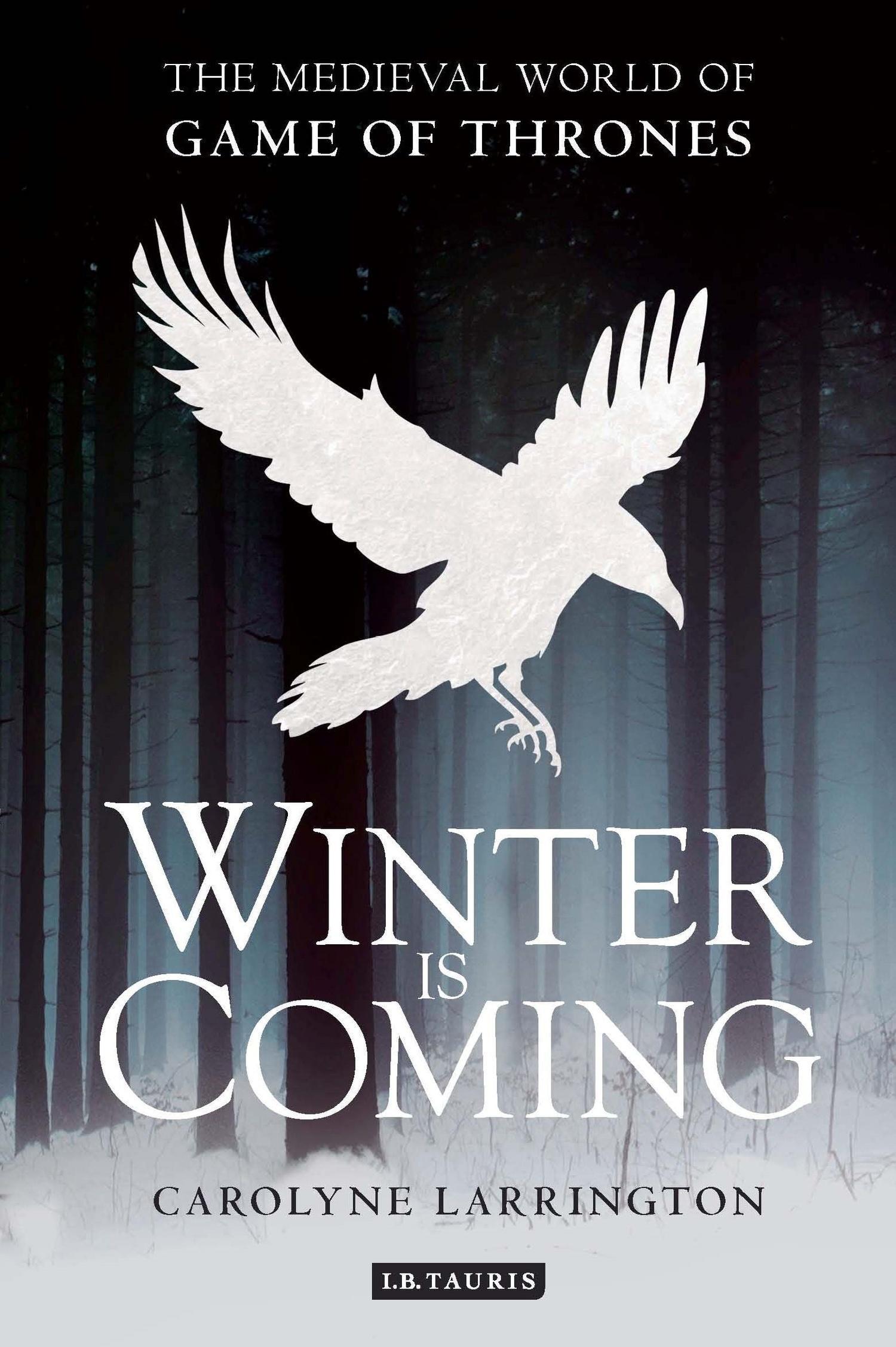 We have an exciting worldwide giveaway for our readers today! We’re giving away THREE copies of the new book that discovers the medieval myths and legends that inspired Game of Thrones.

Carolyne Larrington’s Winter is Coming: The Medieval World of Game of Thrones explores the historical basis of A Song of Ice and Fire: the warfare, love and power struggles found in the War of the Roses. Larrington examines the figures and symbols used in Game of Thrones such as the giants, direwolves, and dragons of medieval texts, the ravens, gods and weirwood of Norse myth, and more.

Check out an excerpt from the book’s Introduction below!

Tyrion: ‘The wide world is full of such mad tales. Grumkins and snarks, ghosts and ghouls, mermaids, rock goblins, winged horses, winged pigs … winged lions.’ Griff: ‘Kingdoms are at hazard here. Our lives, our names, our honor. This is no game we’re playing for your amusement.’ Of course it is, thought Tyrion. The game of thrones.” (A Dance with Dragons, 8)

Grumkins and snarks’ and kingdoms at hazard: Game of Thrones/A Song of Ice and Fire encompasses both high fantasy, with its dragons and manticores, its White Walkers and blood-magic, and also very real questions about the politics of kingship, religious faith and social organisation. Like Tolkien’s Middle Earth, Game of Thrones/A Song of Ice and Fire constructs its fantasy out of familiar building blocks: familiar, that is, to us medieval scholars. These blocks are chiselled out of the historical and imaginary medieval past, out of the medieval north, with its icy wastes, its monsters and its wolves; out of the medieval west, with its recognisable social institutions of chivalry, kingship, its conventions of inheritance and masculinity; out of the medieval Mediterranean, with its hotchpotch of trading ports, pirates, slavers and ancient civilisations; and out of the medieval fantasies of the exotic east, where Mongol horsemen harried fabled cities of unimaginable riches, and where bizarre customs held sway among strange tribes on the edges of the known world – and even beyond.

The codes which govern the Baratheon monarchy, the clan system of the Dothraki, the Brotherhood of the Night’s Watch and the responsibilities of the Warden of the North: all these chime with the kinds of social and cultural organisation found in medieval Europe and Central Asia. George R. R. Martin’s world-building draws primarily upon medieval European history (the fifteenth-century English civil uprisings known as the Wars of the Roses are often cited as a major inspiration), but he also makes use of the customs of earlier warrior cultures (the Celts, Anglo Saxons and Vikings), of the history of the Mongols, whose courage and ambition brought into existence the largest land empire the world has ever seen, and he draws on the folklore and beliefs that were widespread in medieval Europe. From the cultures of high medieval Europe, Martin borrows and adapts overarching concepts such as the Catholic Church and chivalry; from further afield, the Mongols – hybridised with some Native American societies – inform the Dothraki.

The author, Carolyne Larrington, is Fellow and Tutor in Medieval English Literature at St. John’s College, Oxford. Her previous books include Land of the Green Man and King Arthur’s Enchantresses. She’s also a fan of Game of Thrones herself! You can find her on Twitter at @profcarolyne.

If you don’t want to wait, pick up the book now on AmazonUK, and in January, on Amazon.com!

For additional or alternate entries (making it possible to have 3 entries total):

Entries are accepted until 12PM EDT, Friday, December 18th, 2015. The THREE winners will be randomly selected and announced Friday afternoon.

**The contest is open internationally.** The winner is selected by random drawing. The winner must respond within 48 hours of notification or will forfeit their prize and another winner will be selected. The winner must have a valid shipping address.