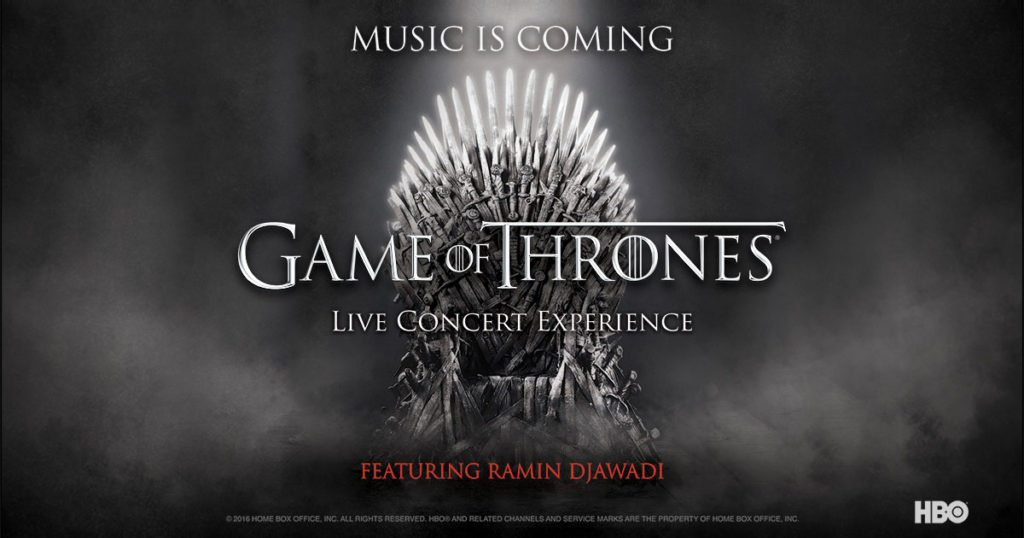 The world of Game of Thrones is always growing, with fresh additions expanding the fan experience. One of the newest extensions of the Thrones-verse to come along this year is the Game of Thrones Live Concert Experience, announced in August and set to tour North America next year. The live concert series will bring the music of Game of Thrones to fans in a uniquely immersive experience, featuring the show’s composer Ramin Djawadi.

How does it work? Visit the concert website, and vote from a list of 10 Game of Thrones scenes that you’d like to see in the live concert experience. The contest and voting is open until 11/30/16 at 12PM PT.

Fans who submit their vote will be entered for a chance to win a VIP Flyaway to a select show (Psssst, voting is just for entertainment purposes- fans can enter without voting!) The contest is open to legal residents of U.S.A. and Canada (excluding Quebec), and entrants must be 18 years or older.

Another event happening that a fan could win tickets to is the Game of Thrones Art Gallery launch taking place in London. HBO UK has announced via their Twitter that they’re offering up tickets to the launch on November 9th, plus “goodies from the realm.” So, fans in the UK, head on over to Twitter and share your best Game of Thrones Season 6 moment!

For a chance to win tix to the #GoTGallery launch in London 9 Nov, plus goodies from the realm, tell us your best #GameofThrones S6 moment! pic.twitter.com/k31a0W1PIW