Win Game of Thrones: The Complete Sixth Season on Blu-ray! | Watchers on the Wall | A Game of Thrones Community for Breaking News, Casting, and Commentary 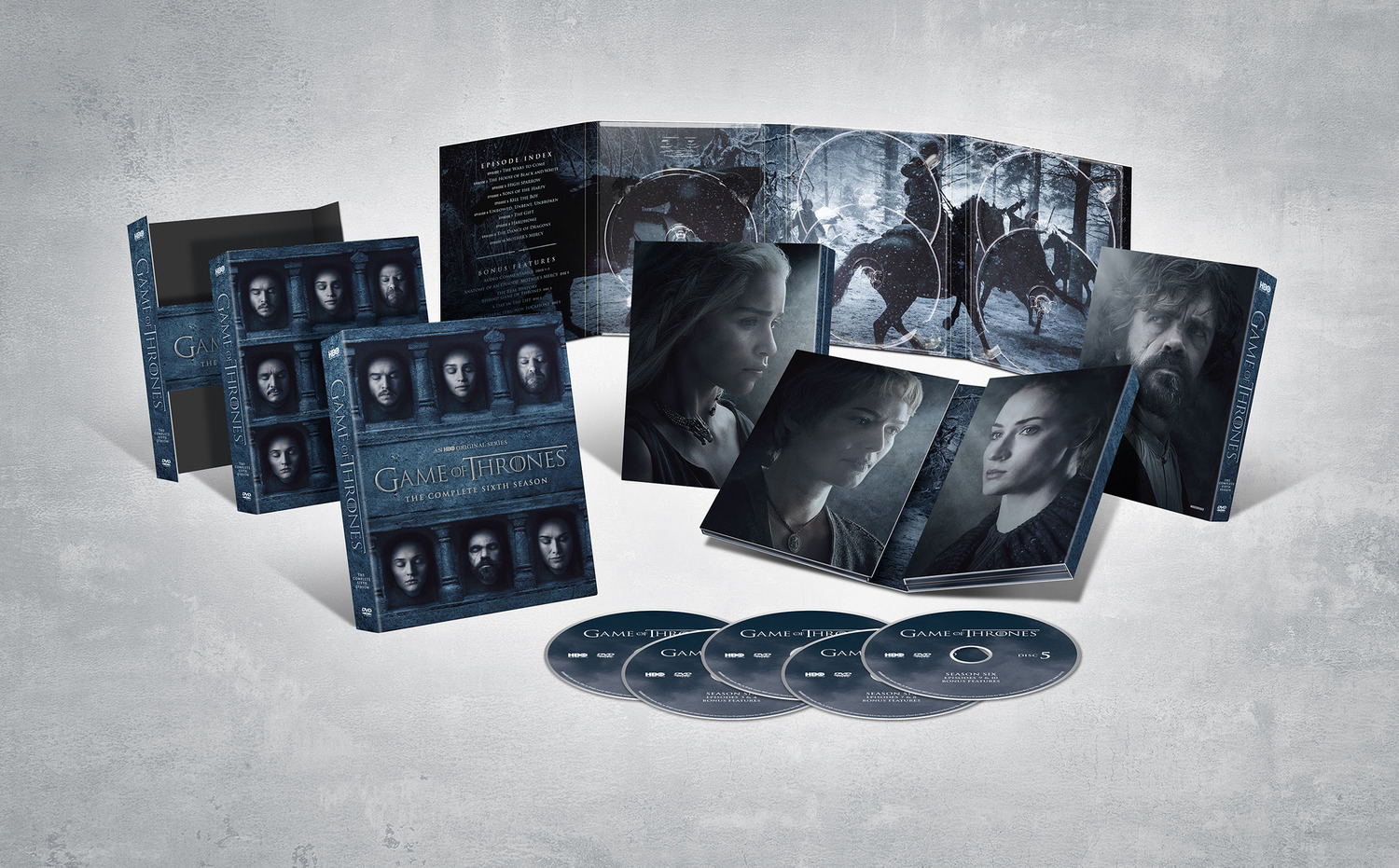 This fall, Game of Thrones is once again doing what it does so well- breaking the rules. Only this time, it’s their own. Usually we look forward to the home release of Game of Thrones every spring, with Blu-rays and DVDs of the previous season landing just before the new season premieres on HBO. It’s become a tradition, an expectation, so naturally they had to mess with that and shock us all: Game of Thrones: The Complete Sixth Season on Blu-ray and DVD will be in stores November 15th, packed with all the bonus features and audio commentaries we’ve come to love. We’ll finally have the latest season on DVD/Blu-ray before the holidays and it’s about time!

Season 6 is already available for download on Digital HD with its own set of bonus features, on iTunes and other online outlets.

Today, thanks to HBO, we’re opening up a giveaway of Game of Thrones The Complete Sixth Season on Blu-ray. Four winners will be taking home the most recent season of HBO’s biggest show ever, just in time for the holidays!

What do you have to do to enter to win? Tell us about your favorite moment of Game of Thrones Season 6! Post it in comments here and you’ll be entered in the giveaway. We’re accepting entries for the next seven days, and we’ll draw 4 winners next Tuesday afternoon.

*Though this giveaway officially is worldwide, since this is a Blu-ray set, they do have a Region Code and will only work with Region-A compatible players. Region A includes North America, Central America, South America, Japan, North Korea, South Korea, Taiwan, Hong Kong and Southeast Asia. Anyone is free to enter but just be aware of player compatibility!*

For the complete rules and even more ways to enter, scroll on down to the next photo!

For anyone who missed the initial announcement of the Game of Thrones Season 6 Blu-ray, the set is loaded with extras and high production quality. Check it out:

The Blu-ray™ with Digital Copy – it includes all DVD features plus:

· In-Episode Guide – Dig deeper into the show with this in-feature resource that provides background information about on-screen characters, locations, and relevant histories.

· Histories and Lore – Learn about the mythology of Westeros and Essos as told from the varying perspectives of the characters themselves in 18 history pieces:

· Children of the Forest vs. the First Men: narrated by the Three-Eyed Raven (Max von Sydow)

· Brotherhood Without Banners: narrated by Thoros of Myr (Paul Kaye)

The DVD features include:

· The Battle of the Bastards: An In-Depth Look – Behind-the-scenes piece examining the production challenges of creating this epic event, including explorations of VFX, stunts, and interviews with key cast and crew.

· Recreating the Dothraki World – Behind-the-scenes piece looking at the creation of Vaes Dothrak and its importance to Dany’s evolution.

· Audio Commentaries – The most commentaries ever recorded for Game of Thrones, featuring:

· The Dothraki World – Behind-the-Scenes featurette bringing viewers up to speed on the Dothraki culture, not seen since Season 1.

· Inside Game of Thrones: Prosthetics – Behind-the-Scenes featurette detailing what goes into the show’s prosthetics creation. 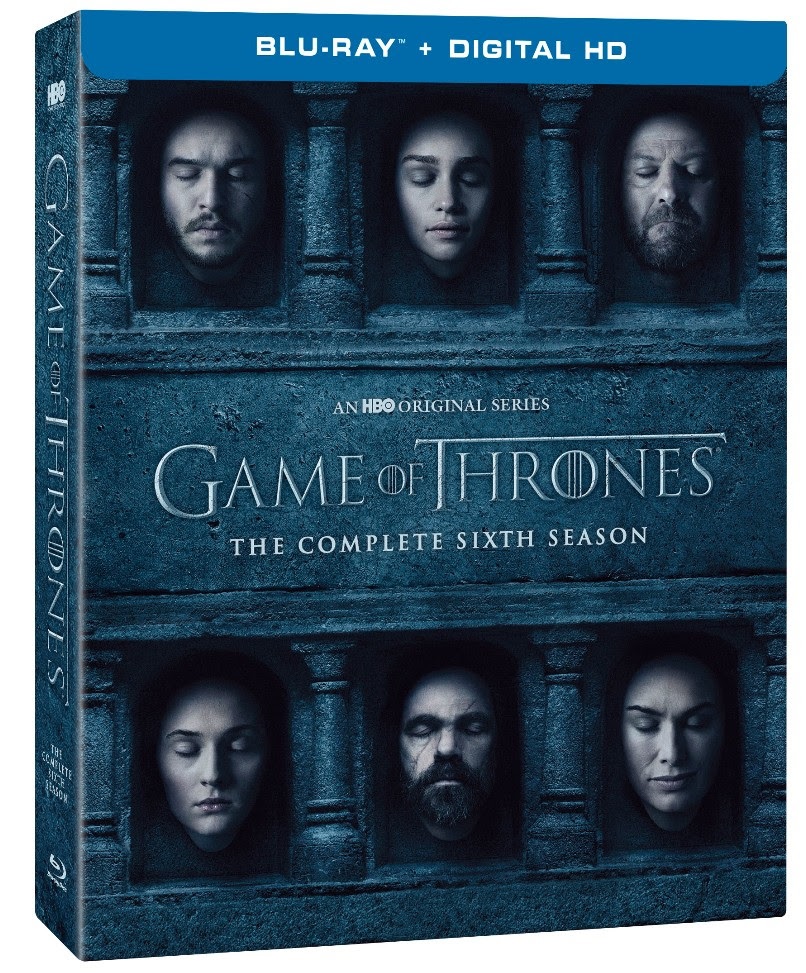 Entries are accepted for a week, until 12PM ET, on November 15th, 2016. The four (4) winners will be randomly selected among the entrants and announced shortly thereafter on Tuesday.