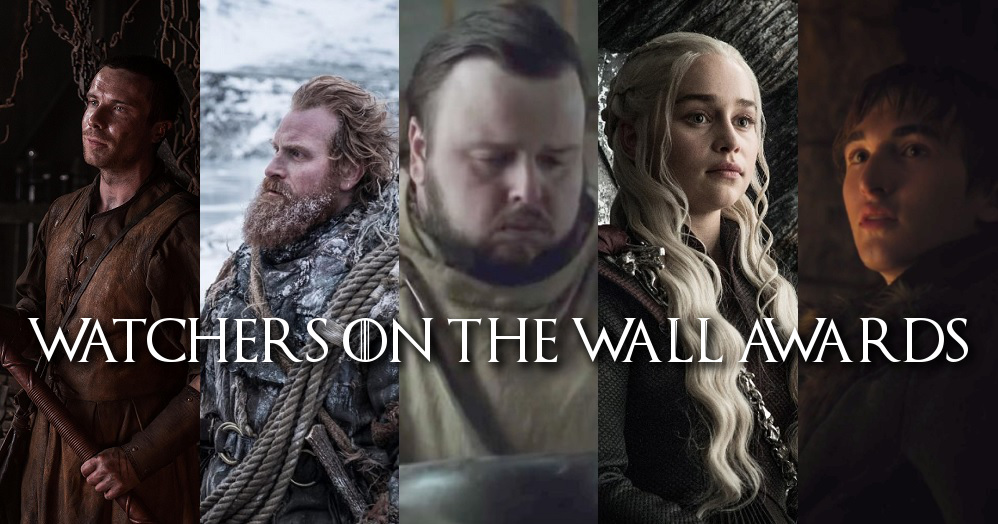 We’ve said it before and we’ll say it again: for a gruesome drama packed with tragedy, Game of Thrones is often hilarious. That’s why we pay tribute every year to the funniest scenes of the season, with the Funniest Scene category in our Watchers on the Wall Awards. Our readers have taken on the difficult task of narrowing it down to just five finalists in the category, and come up with this stellar list of scenes that put a big smile on our faces in season 7.

The final nominees for Funniest Scene are:

The Hound and Tormund discuss their mutual acquaintance Brienne

Samwell’s Poop and Soup montage at the Citadel

Dany is introduced with a host of titles; Jon is merely “King in the North”

Final round rules: Cast your vote for the winner in our Funniest Scene poll. In the finals, fans have one vote to cast. At the end of 72 hours (Wednesday 12/27/17 at 12PM ET), the scene with the most votes will be the winner! The results of the poll will be revealed during the live Watchers on the Wall Awards ceremony- specific date to be announced in the near future!