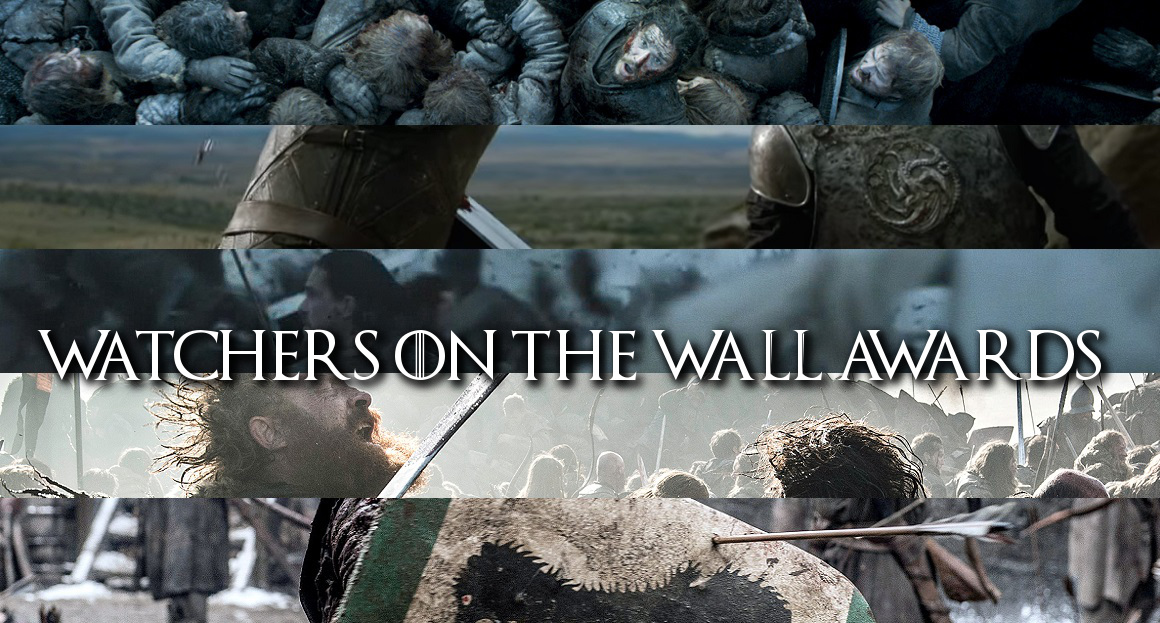 Today we’re tackling Best Fight, the category with the most awesome punch-’em-ups, sword fights, and stabby highlights of Game of Thrones season 6. As we explained in the initial nomination suggestions post, this year at the Watchers on the Wall Awards we’ve split the Best Action category into two: a bigger-scale category for the entire action sequences and battles, and a smaller-scaled second category for fights. That way, everything is more equal, all things considered.

And there’s no time like the present to celebrate the show’s amazing stunt creations and hard-working stunt performers. Along with the actors who throw some punches, their work brought Game of Thrones another Emmy for Outstanding Stunt Coordination this year!

Young Ned and friends take on the Kingsguard at The Tower of Joy.

Jon deflects Ramsay’s arrows and pummels him after the battle.

Tormund takes on Smalljon Umber with teeth and knife.

Jon faces multiple opponents in the chaos of battle in one long uncut shot.

Jon is crushed beneath his own men in battle, and fights his way to the surface.

You can see the results from our first round of voting in this category here!

Final round rules: Cast your vote for the winner in our Best Fight poll. At the end of 72 hours (Friday 9/23/16 at 2PM EDT), the fight with the most votes will be the winner! The results of the poll will be revealed during the live Watchers on the Wall Awards ceremony, which will take place in early October. Specific date to be announced in the near future!