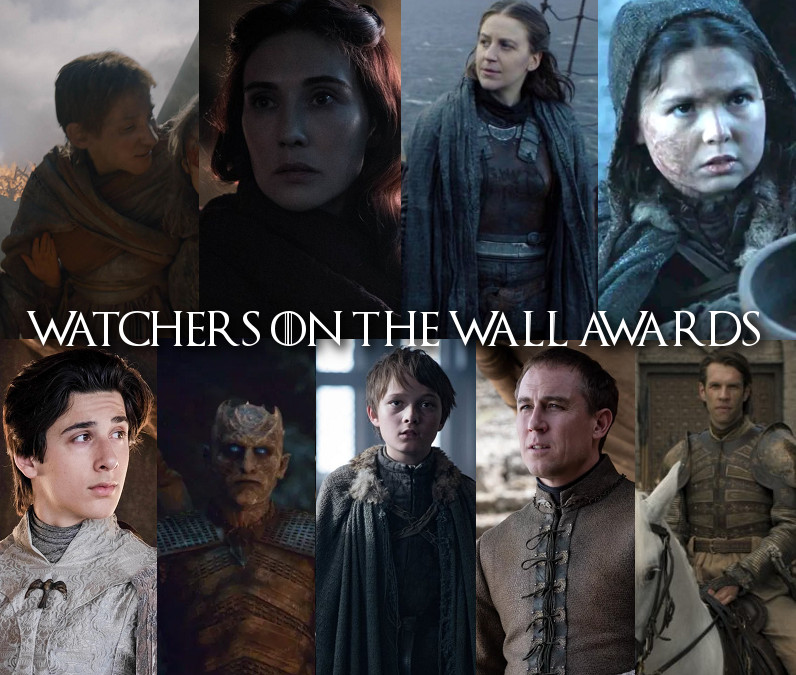 As part of the Watchers on the Wall Awards, we like to pay tribute to all the actors who appear on Game of Thrones, from the leads, to the supporting actors, to the guest performers who bring their talents to the show for a shorter amount of time. It’s time to show some love for the short-term scene-stealers who leave a lasting impression and add to the colorful landscape of Game of Thrones‘ final season!

For Best Guest Actress, our nominees are:

*To qualify for a guest category, nominated actors and actresses required credited appearances in 1 or 2 episodes in Season 8.*

Final round rules: To choose winners, cast your vote in each category in the polls below. In the finals, unlike the preliminaries, fans have one vote to cast in each category. At the end of one week (Friday 12/13/19 at 12PM ET), the performer in each category with the most votes will be the winner! The results of the polls will be revealed during the live Watchers on the Wall Awards ceremony, specific date to be announced in the near future!