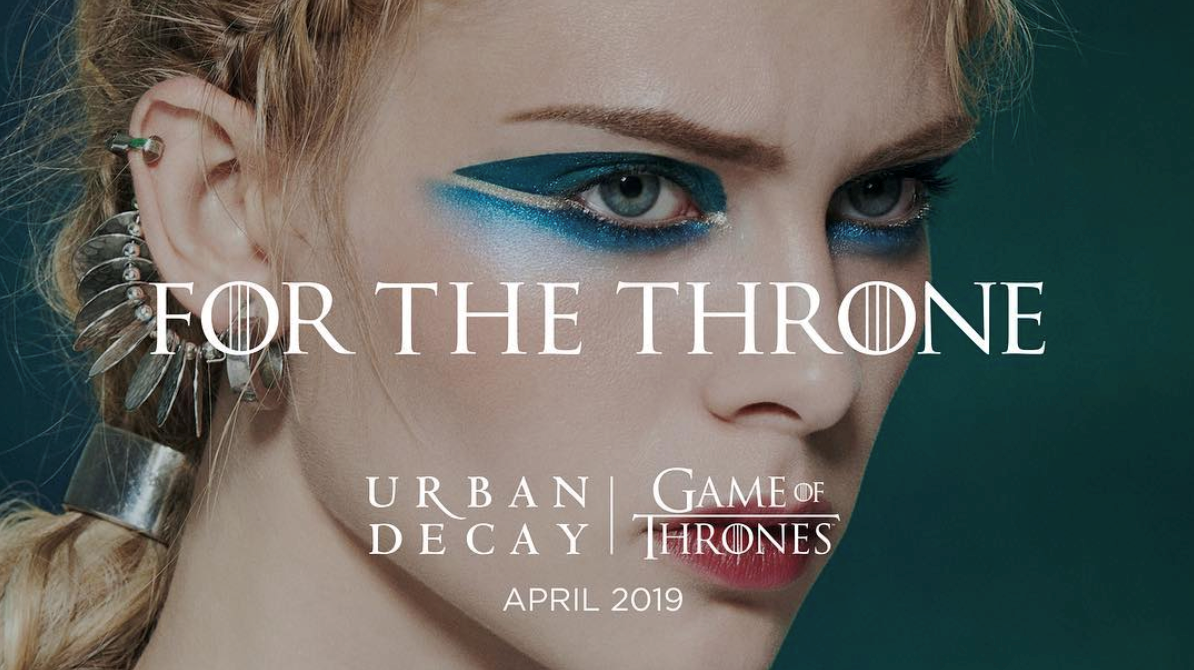 A look worthy of a queen!

Turning looks is not what comes to mind when one thinks of Game of Thrones — makeup on female characters is minimal (Ellaria’s, and later Cersei’s, deadly lipstick aside) — but fierce women abound in Westeros, and their influence is likely to be writ large in the first-ever official Game of Thrones makeup collection.

Urban Decay, known for their cult favorite Naked eyeshadow palettes, announced today on Twitter and Instagram that they’re partnering with HBO to release a Thrones makeup line. Although plenty of GoT-influenced cosmetics are out there, this is the first time a major brand has received the blessing to be an “official” collection. The caption “Worlds will collide” was accompanied by the#ForTheThrone hashtag.

Details were scant in the video announcement — no release date other than April was specified — but a photo from the brand’s Instagram (featured above the cut) shows shades of teal, blue and gold eyeshadows, a frosty-looking shimmer that could be highlighter, and a berry-red lipstick. The video features flames that transition to frost before the two clash together (where have we seen that before?), and then a model appears sporting shimmering gold eyeshadow and coppery lipstick.

Frosty blue, shimmering gold — hmm, I wonder what the influences could be here. We’ll keep you posted as to release date, pricing and more as soon as Urban Decay gives us more information!