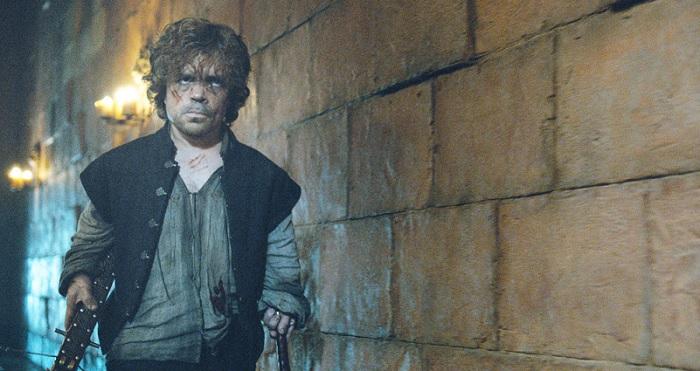 When we last saw Tyrion Lannister on Game of Thrones, he was headed for parts unknown after offing his father and his ex. Tyrion’s story in season five will take him into new territory with King’s Landing left behind, and the latest casting calls offer hints as to the turns his journey will take next season.

There will be mild spoilers in the discussion below.

First up, we have some info provided to us from a source, about a casting for a young woman character, named Clea.

Clea is in her early twenties, and described as a pretty young courtesan with nimble wit. It’s noted that this is a 3-page scene between just her and Peter Dinklage. Surprisingly, it’s also noted there is no sex or nudity in the role. Filming for the character will be September 15th.

The other casting call out at the moment was spotted by Los Siete Reinos.  Modexpor International, the casting company working with Game of Thrones in Spain, is seeking an actor to double for Tyrion Lannister in the country.

The presence of Tyrion and Peter Dinklage in Spain brings up a couple questions: will Tyrion make his way to Daznak’s Pit, most likely filmed in Osuna, Spain this year? Or will one of the other locations scouted in the Osuna area be standing in for an Essos locale such as Pentos or Volantis?