TV Insider gets inside Season 7 with Kit Harington, Emilia Clarke, Peter Dinklage, Lena Headey, Sophie Turner, and more! | Watchers on the Wall | A Game of Thrones Community for Breaking News, Casting, and Commentary 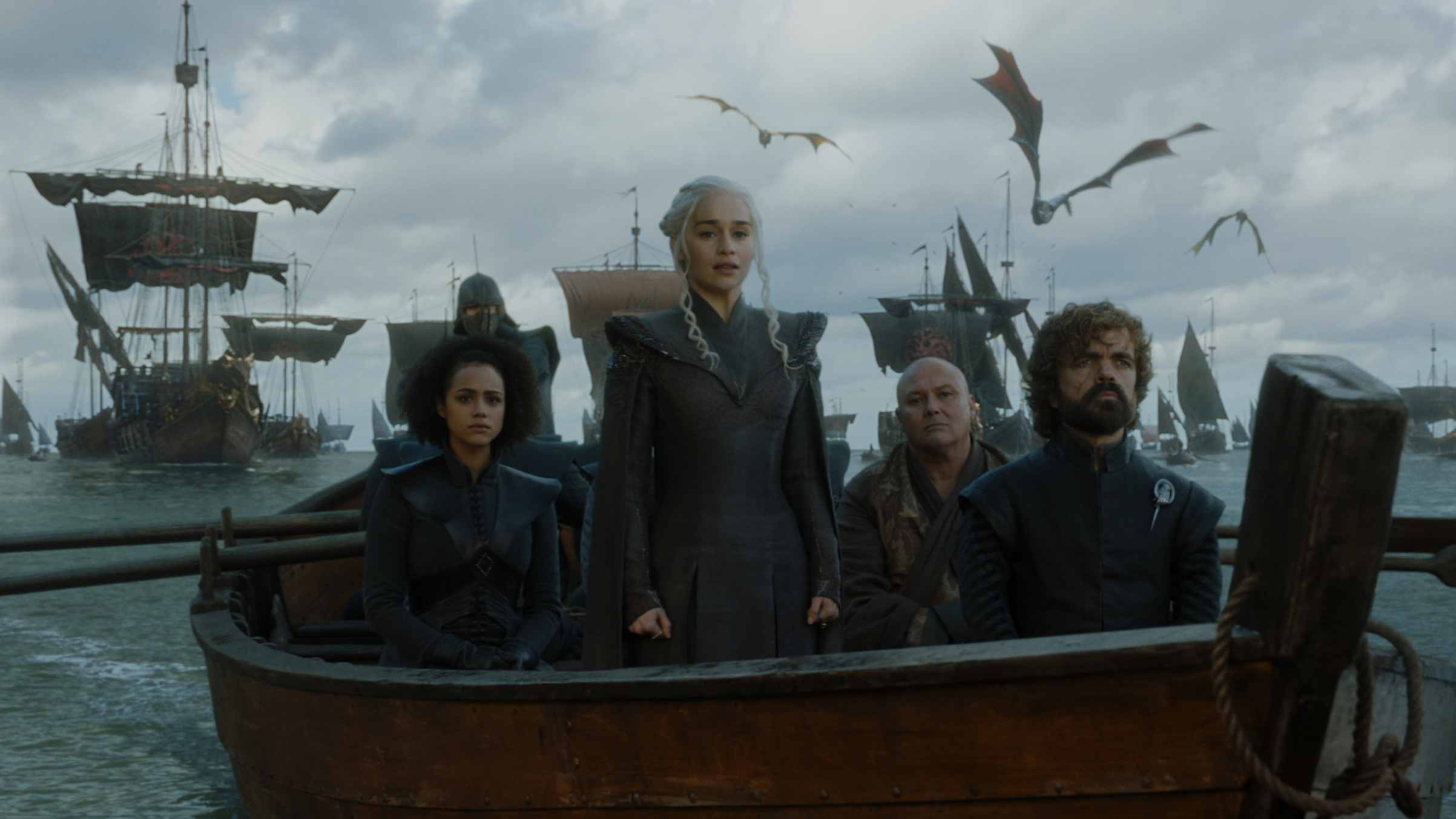 TV Guide Magazine‘s most recent issue was a cover story on the incoming season of Game of Thrones, and now they have uploaded it to their site, TV Insider (thanks, Kaka!) It includes interviews with Kit Harington, Emilia Clarke, Peter Dinklage, Lena Headey, Sophie Turner, and the showrunners too, David Benioff and D.B. Weiss.

We are so close to the premiere you may believe you have heard everything and, at the same time, very little of substance, but there are some interesting quotes here!

TV Guide got to see a highly technical scene being filmed by Matt Shakman, director of episodes four and five: Emilia Clarke rode the immense mechanical bull that special effects will turn into a dragon. Emilia Clarke couldn’t be happier, but the fun comes at a cost: “I’ve been on the dragons so much I have saddle sores,” Clarke told the magazine as she laughed. Dany’s task in season seven is no laughing matter, however, but neither is it all about killing people: “She wants to break the wheel, get in the power seat, enact change. She doesn’t want to simply wipe out anyone who disagrees with her.”

I certainly hope that’s not her plan, because I know of a certain Hand who wouldn’t be too happy about that. Peter Dinklage foreshadows other kinds of problems they might have: “We’ll deal with how much Daenerys can trust him [to stay on her side]. But he’s smitten with his employer. How good can he be at his job while having these feelings?” Now, that is interesting. I don’t see their relationship romantically, but… who knows!

“Every single character is putting that first step into the absolute unknown,” Clarke said. “Everybody means business this season.” And so they do, as Dan Weiss corroborated: “Everyone is facing something more dangerous to all of them than any danger they are to each other.” That danger is, of course, the “true enemy”: the White Walkers. 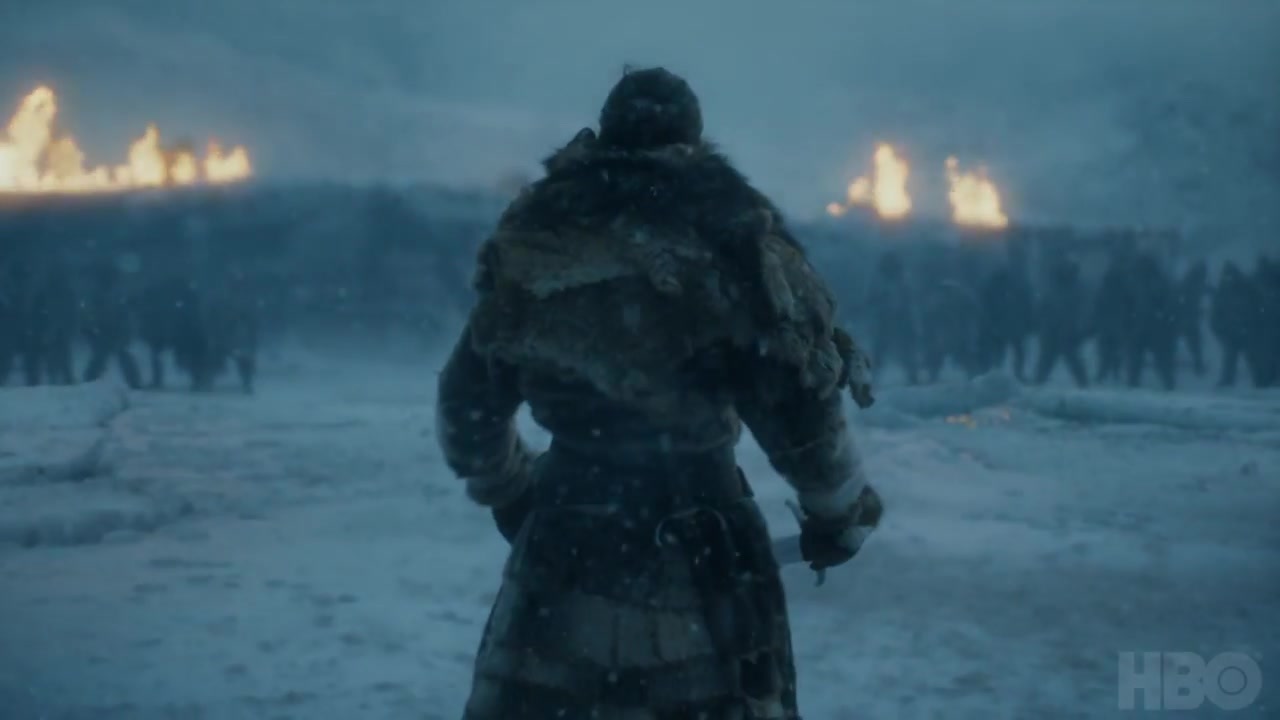 “Jon sees his mission this season—to save people’s lives. That’s it,” said Kit Harington about his character. Still, those around him may have been too affected by the ‘game of thrones’ to see it his way: “There’s a part of Sansa that feels very hard done by, and because of that, she is going to make not-so-honorable decisions,” Harington revealed. “Jon still sees her as just his kid sister. But he’ll start listening to her more this season.”

“Sansa’s learned how to manipulate. She’s a clever bunny now,” Turner told TV Guide. “And in a world where everyone is a manipulator —Sansa is one of the best— it’s becoming more and more difficult to tell who is loyal… even family.”

But family squabbles are not the height of stakes: “There are magnificent action scenes,” promised David Benioff, “different from anything we’ve ever done.” Apparently, there’s a “massive sea battle” that will “sail past Season 2’s Blackwater in scope.” On the other side of the spectrum, Benioff added: “There might be some surprising hookups this season.”

Speaking of hookups, there is a couple of siblings who are known for being awfully close to each other. Perhaps too much. “It’s a big season for Cersei and Jaime,” Lena Headey said. “If you thought it was complicated before, just wait. He blindly, wholeheartedly loves her; she [emotionally] vampires him.” Pretty spot-on summary of their relationship!

According to TV Guide Magazine, in the first episode, which premieres in eight days, Cersei will be planning to take Westeros from her enemies, as teased in the voiceover of the first trailer: “She wants to run the world. She is enjoying sitting on the throne. And she feels, for the first time, like, ‘Hear me roar,’” Headey said. “But Jaime wants to discuss the death of their last surviving child.” Jaime, don’t be such a wet blanket!

Seriously, now: I would say that’s a conversation Jaime would very much like to have, after returning to the capital and finding the Great Sept in flames, Tommen defenestrated and Cersei in the throne instead. Their relationship coming to a climax is something I very much hope to see this year, and I imagine I’m not alone.

But I shouldn’t assume. What are you looking forward to see the most in season seven?