The Sand Snakes talk: new interviews with Jessica Henwick and Keisha Castle-Hughes | Watchers on the Wall | A Game of Thrones Community for Breaking News, Casting, and Commentary 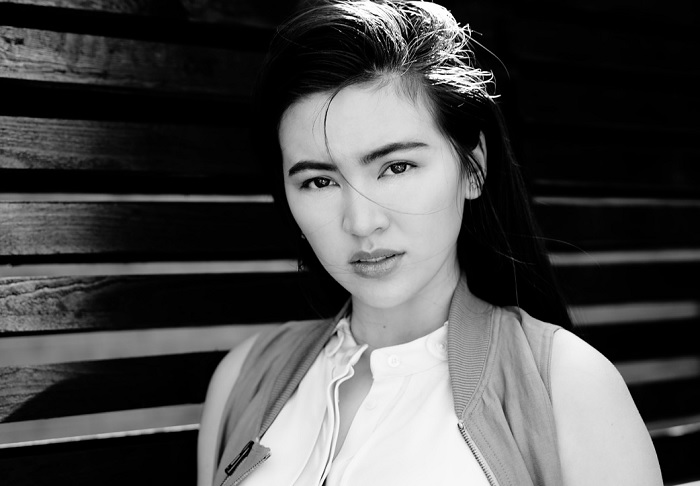 One of Game of Thrones‘s newest stars, Jessica Henwick, appears in Hunger discussing her casting and the Sand Snakes, the Dornish daughters of Oberyn Martell who made their debut in last Sunday’s episode.

On people’s reactions to her casting, both good and bad:

The reactions have been mixed… For some people to love you, other people have to hate you. The fans of the show know exactly what they want. I’m sure that a lot of people are very upset that I don’t match up to the character [in the books]. I’ve had a really great response overall, but there are also some weird trolls on the internet. People love to try and rile you up; the worst is when they tag you on Twitter. You just have to ignore it. We’ll see. It’s hard to gauge what the public reaction will be until the episodes come out. My big episode is quite late in the series so I feel like I have another month to chill before things start to get crazy. I was expecting everyone to be constantly asking for spoilers but the first question I always get asked is “Do you die?” followed by “Do you get naked?” That’s what everyone wants to know!

On filming on location in Seville, Spain, with the stars of the show:

I felt bad for the main cast – a fair few were also filming in Seville on other locations – they couldn’t go out at night because they’d just get mobbed. They couldn’t walk down the street. There were constantly people waiting outside our hotel, at like four in the morning! We could just slide past because nobody knew who we were! I’m pretty sure someone thought I was an AD at one point because they came up to me multiple times to ask if I’d seen the actors come out of the hotel – I’d be like, “No, sorry! I don’t know where they are…” Nikolaj tried to go down to a Starbucks, that’s his fault, and got to the front of the queue and of course a hoard of women were jumping on him.

Henwick answers Hunger’s quick-fire stream of questions on video as well, covering her show favorites and quizzing her Game of Thrones knowledge. 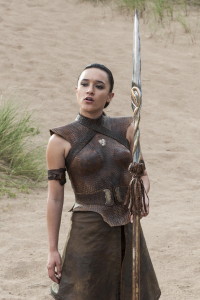 Keisha Castle-Hughes talked to the New York Times after Obara’s big debut this week. The actress confirms that this was her first on-screen kill.

“I’ve been killed on screen before but I think that was the first time I’ve been the killer,” she says. Castle-Hughes feel that when Obara kills the captain with her spear, you get “a sense of exactly who this woman is from that moment alone.”

Keisha tells the Times how much she appreciates the dynamic established between the sisters. “It would be easy to have the focus on them being annoyed by each other or bitchy to each other, and that doesn’t happen. It was really nice to play with other women and not have this underlying tone of being at each other’s throats. It was just women working together.”

When it comes to the wisdom of seeking revenge when it worked out badly for Obara’s father Oberyn, she says, “They’re totally unswayed by that. It’s interesting, in terms of how much they know about what happened. I don’t know that they’re aware that he volunteered himself. All they know is that he didn’t come back alive, and blood has to be paid for that.”

Check out the complete interview at the New York Times.