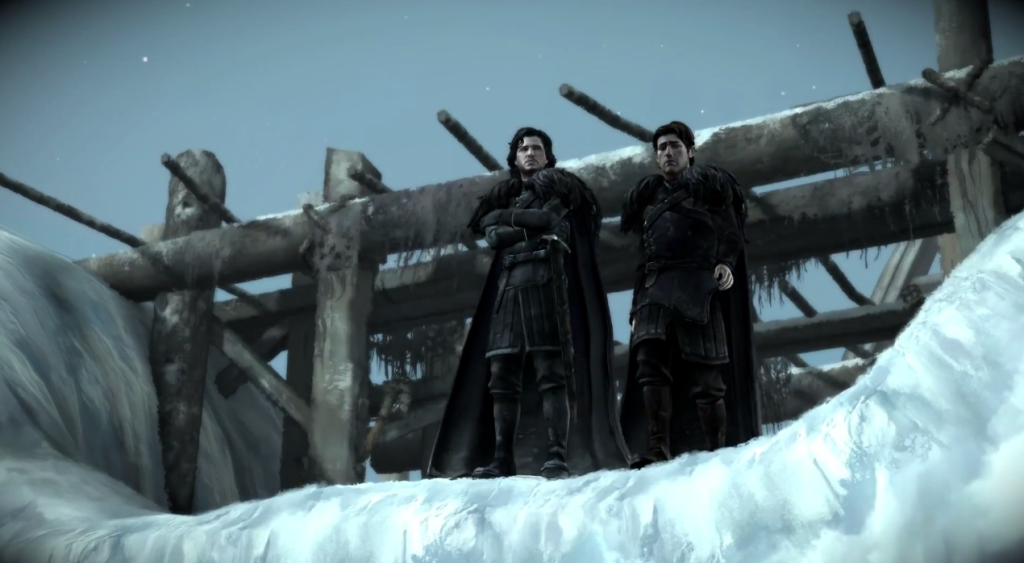 Iron From Ice! Telltale’s epic Season 1 conclusion hit platforms wide last Tuesday and the team behind The Forresters has confirmed that they are not finished yet! In a recent report with The Hollywood Reporter, Telltale revealed details about Season 1 and the in-development Season 2.

Depending on the choices you made throughout Season 1 (especially in the finale), House Forrester’s disarray will vary but no matter the variations, a possibility for Season 2 is certainly an option. THR spoke with Kevin Bruner, Telltale’s CEO and co-founder and executive producer for the Game of Thrones adaptation:

On the cliffhangers “The Ice Dragon” left and Season 2, Bruner says:

When we initially announced the series in 2013, we let everyone know this would be a multi-title, multiyear partnership with HBO. After this week’s finale, I’m pleased to officially confirm that there will be a second season of Telltale’s Game of Thrones series, and that it’s currently in development.

The questions left on the table at the conclusion of season one, who survived and who didn’t, as well as all the other choices you made play a huge role in the second season. We’ve been planning the second season all along, but I really shouldn’t be revealing more than that.

He also gave some details behind the development process as well as how far along Season 2 is:

While we cannot divulge any of the specific details, we can say that Telltale’s approach to game development is much more like television than most other game developers. The development process at Telltale spends a significant amount of time upfront in the writer’s rooms with not just writers, but designers, directors and creative input from all across the studio.

It’s not unusual for our games to exist longer on whiteboards and sticky notes and in scripts longer than they do in traditional game production. It’s incredibly similar to how TV often spends so much time in preproduction and planning before moving into actually shooting.

I’d say that’s been a defining approach here at Telltale over the last 10 years, as we’ve always envisioned our games as more in line with interactive drama and playable cinema than what most might traditionally think of as “games.” So while we cannot say exactly how far along season two is right now, we can say that there’s never a shortage of sticky notes on the walls around the studio.

Which is exactly what not only makes Telltale’s games so unique but also ideal for expanding the Game of Thrones universe.

Bruner concludes on some improvements they sought to make from Episode 1 to the finale:

We knew that going into the first episode, it was going to be a big risk in having one of the main playable characters die early on without any other possible outcome. It was a risk we were willing to take, as we wanted to establish upfront that no character would be safe, and also provide a catalyst for the conflict between House Forrester and House Whitehill. The emotional response to his death was strong, but we also heard criticisms that there was nothing the player could do to survive. While that was partially anticipated, it helped influence our later decisions to leave the fate of Rodrik, Asher, and Mira entirely up to the player.

Beyond this season, we know that the choices made will have long-lasting effects on later episodes… but we’re still not quite ready to go into detail.

For the full story including choices, the finale, and the possible outcomes of House Forrester, head on over to The Hollywood Reporter.

Now that Season 2 is official, it’s the perfect time to binge-play (is that a thing? It is now!) the entire first season either in its full retail form or digital download.

If you’re not ready to fully pledge your loyalty to House Forrester, why not just try the first episode? It’s free on all platforms!

Are you excited for Season 2? Have you replayed “The Ice Dragon” yet with different choices? Let us know below!